Fluoride has been added to our public water supplies since the 1950s. It was added because the Powers-That-Be assured us that it would lower cavity rates and cause no harm. After 70 years of adding fluoride to our water supplies, I can now state, with certainty that fluoridated water does not significantly reduce cavity rates and it is associated with serious health problems.

A 2020 study (just released) in Environmental International (2) looked at infants who ingested fluoridated tap water and measured their intelligence quotient (IQ). The scientists found an increase of 0.5 mg/L in water fluoridation (corresponding to the difference between fluoridated and non-fluoridated regions) corresponded to a 9.3 and 6.2 decrease in Performance IQ among the formula-fed and breast-fed children.   The authors concluded the study by stating, “Exposure to increasing levels of fluoride in tap water was associated with diminished non-verbal intellectual abilities; the effect was more pronounced among formula-fed children.” (Environmental International. 134 (2020):105315). Formula fed children will receive more fluoride as compared to breast fed children.

Fluoride, a known neurotoxin, should never have been added to our water supply as the science behind water fluoridation was suspect.

What can you do? Do not let infants and children ingest fluoridated water. Unfortunately, getting fluoride out of fluoridated water is not easy. Special filters, such as reverse osmosis filters, can accomplish this task. It is best to work with a water expert.

Let your elected city, state, and federal representatives know how you feel about this issue.   If we educate our elected officials, we can start mandating that fluoride be removed from our public water supplies.

Ensuring that you have adequate iodine can help prevent fluoride problems. Iodine is a competitive inhibitor of fluoride. Iodine is an essential element for the human body; we cannot live without it. Fluoride is a known neurotoxin and carcinogen. More information about fluoride can be found in my book, Iodine: Why You Need It, Why You Can’t Live Without It. 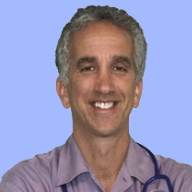 Dr. David Brownstein is a Board-Certified family physician and is one of the foremost practitioners of holistic medicine. He is the Medical Director of the Center for Holistic Medicine in West Bloomfield, MI. Dr. Brownstein has lectured internationally to physicians and others about his success in using natural hormones and nutritional therapies in his practice. He is a graduate of the University of Michigan and Wayne State University School of Medicine. Dr. Brownstein is a member of the American Academy of Family Physicians and the American College for the Advancement in Medicine. He is the father of two beautiful girls, Hailey and Jessica, and has been happily married to his wife, Allison, for over 25 years.