“What If the Pentagon Skipped 5G?” The Dep’t of Defense Doesn’t Want It and They Aren’t Alone

Home / EMF, Radiation, 5G, 6G / “What If the Pentagon Skipped 5G?” The Dep’t of Defense Doesn’t Want It and They Aren’t Alone

“What If the Pentagon Skipped 5G?” The Dep’t of Defense Doesn’t Want It and They Aren’t Alone 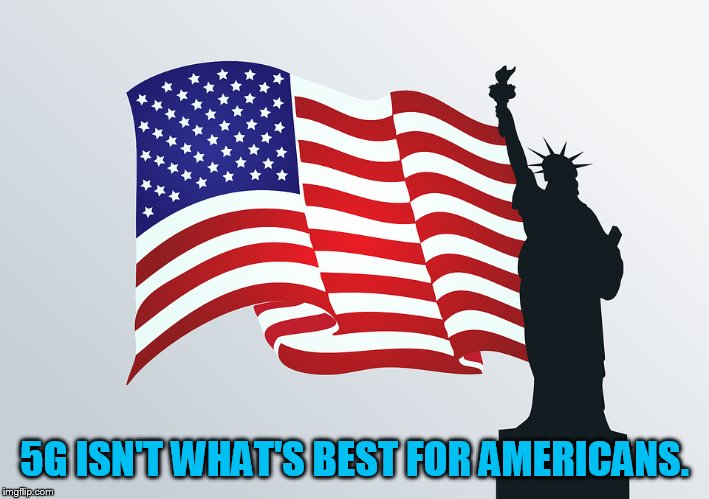 An increasing number of Americans including doctors, scientists, engineers, public advocates, and elected officials oppose 5G (see 1. 2, 3, 4).  The Department of Defense also opposes it because they say it really-really-really threatens national security (see 1, 2, 3, 4).  They’ve actually been saying that since last year.  Did you know?  So why on Earth would Americans want to deliberately threaten our national security?  Recently, some Congress members finally stepped in about DoD opposition and there was a hearing.

Thanks to Defense One for publishing an article that asks “What if the Pentagon Skipped 5G?”

The answer to the headaches and security risks of next-generation mobile communications just might be a technological leap past them.

It’s round one of a WWE-equivalent policy fight, and the Federal Communications Commission has beat the Pentagon. Against DoD objections, the FCC approved a license modification for Ligado Networks to establish a new 5G communications service last month. And while some Trump administration senior officials hailed this as a boon to U.S. firms vying to build the world’s 5G networks, others rightly argue that it imperils national security.

The solution — next-gen networking without Huawei and without undermining GPS  — may lie in yet another nascent technology. O-RAN, a software-driven network protocol that promises even faster and more secure mobile communications, is attracting private and Congressional interest. But if the Pentagon wants to hasten O-RAN’s arrival, and head off disruption, it needs to act, and fast.

The Federal Communication Commission (FCC) is supposed to protect the public by regulating the telecom industry.  They were considered to be a corrupt and “captured” agency before Trump was elected.  They have become much scarier and opportunistic during his administration.  Despite opposition and warnings, they are using the pandemic as an excuse to speed up 5G installation (see 1, 2. 3, 4, 5).  This includes launching tens of thousands of satellites with millions of antennas to blast 5G and WiFi at us from space (see 1, 2, 3)!

Lawsuits have been filed against them for NOT protecting Americans from unsafe levels of radiation (see 1, 2) and of course, 5G (see 1, 2, 3).

A long list of highly respected people and organizations – including the Department of Defense – continues to say 5G isn’t worth it.  The FCC continues to ignore them.  What’s wrong with this picture?

Activist Post reports regularly about 5G and other unsafe technology.  For more information, visit our archives and the following websites: