Why Nobody Can Find a Virus

Why Nobody Can Find a Virus

Perhaps prior to 2020 the issue of virus isolation was of minimal interest to the vast majority earth’s inhabitants.  Most people blindly accept the medical establishment’s claims that viruses exist and can cause disease. They otherwise don’t give it a second thought.  Sometimes you get unwell, and a doctor informs you, “it’s probably a viral illness” – but almost every time, you get better again.

However, the increasingly negative impacts from government instigated policies in the name of the “corona” crisis has resulted in some healthy new interest in the subject.  Social cohesion in households and communities is being strained, businesses are being run into the ground, and suspicions about the requirement to be injected every four months to maintain protection against an invisible enemy are on the rise.  If no virus has been isolated then its very existence is pure speculation. A phantom menace that has no confirmed physical presence, merely a ruinous psychological construct manifesting as a living nightmare.  And those who ignore the pivotal issue of virus isolation are blindly accepting a premise on which all manner of lies can be built.

But there are scientific papers that prove isolation?…

The confusion surrounding virus isolation stems from the fact that many published scientific papers state in their titles or claim in their abstracts that they successfully “isolated” a virus.  In 2020 and 2021, we lost track of the number of times we were sent such papers as apparent proof of the “SARS-CoV-2” virus.  Similarly, industry-funded “fact-checking” sites have a propensity to link to such papers to reassure their spoon-fed readers that the “virus” has been isolated.  Unfortunately, such disinformation sites fail to inform their audience that the virologists are not referring to actual physical isolation of any virus and have instead substituted the meaning of the word isolation for something that means almost the opposite.

Researchers such as Christine Massey have tirelessly collated Freedom of Information requests from governments around the world to clearly expose the fact that the alleged causal agent of COVID-19 has never once been physically isolated.  While at least one government supported microbiologist has claimed this is disingenuous as the requests are worded in such a way that they are not consistent with the methodology of modern virology, this misses the whole point: the modern virologists are not isolating viruses in the way that the public and probably most of the medical profession are led to believe.  Instead, they moved the goalposts.

The excuses for this sleight of hand should be rejected and the isolation of a virus should mean the same as it does with any other entity on the planet – that is, in its pure form, separated out from other material.  It is done with things that are smaller than alleged viruses, such as proteins, and things that are bigger such as bacteria.  It is not a technological limitation or because of some special property that precludes this process from being essential to the process of real isolation.

The most definitive evidence of a virus would be finding it directly in a host such as a human.

However, despite the fact we are told that a single sneeze could contain 200 million SARS-CoV-2 particles, when we take a mucous or blood sample from a patient not one virus particle can be found.  And what about taking samples from hundreds or even thousands of people said to be infected and have a disease such as COVID-19 and then combining them altogether?  I’m not sure if this has ever been tried but apparently even then if we purified such a sample, the excuse is apparently the same: we wouldn’t find any viruses in there!  So, we are expected to believe that a patient is overwhelmed with trillions of viral particles but we can’t find any on or inside them.

Magic Tricks and the Electron Microscope

The virologists of old were convinced that with the advent of the electron micrograph and more efficient purification techniques they would be able to find all sorts of viruses in sick individuals.  However, it became apparent they would have to abandon this process around the middle of the 20th Century as the attempts were fruitless – no viruses were found.  These days when most virologists talk about isolating viruses, one of the techniques they cite is tissue culture experiments in test tubes.  It has been outlined why these are not only unsuitable proxies, but the stress of the test tube conditions alone on abnormal cells can produce the effects, no virus required.  Similarly, detecting genetic sequences in these culture experiments is also unsatisfactory as there is no proof that such sequences come from inside any of the particles they are calling “SARS-CoV-2” and even if they did, that this is enough to qualify them as viruses.  A virus is said to be a particle with a proteinaceous coat surrounding a genome that can infect and parasitise a host and then infect other hosts.

Therefore, anyone asserting that they have isolated a virus needs to show that what they have is actually a virus and not just test-tube observations and various biological molecules that can be detected without any viruses required.

How to Isolate a Virus

STEP 1: Identify a number of individuals with specific symptoms and signs that are thought to be caused by a virus.

This can’t be done with COVID-19 as it is an ethereal clinical disease that is “diagnosed” with a PCR result. There are no specific symptoms, signs or confirmatory investigations.  However, for the purposes of this essay we will assume that we are talking about a well-defined clinical disease.  We know that the virologists will not be able to find any viruses directly in a patient as outlined above, which doesn’t look good, but we’ll let them have another shot.

STEP 2: Perform a tissue culture experiment with a patient sample.

Briefly, this involves adding a crude sample (e.g. sputum) to some cells in a test tube and seeing if it produces any viruses. In early 2020 it was declared that a “virus” called SARS-CoV-2 had been “isolated” with this method.  In reality Na Zhu, et al, had both failed to physically isolate any particles or show any of these particles to be viruses.

So, what should have been done?  Na Zhu, et al should have repeated their experiment multiple times and then purified the particles they called “2019-nCoV” (later “SARS-CoV-2”) by means of a technique such as density gradient ultracentrifugation.  This technique was already well established in the 20th Century and as illustrated below in Figure 1 could be used satisfactorily to obtain much more purified samples that could be confirmed by electron microscopy. 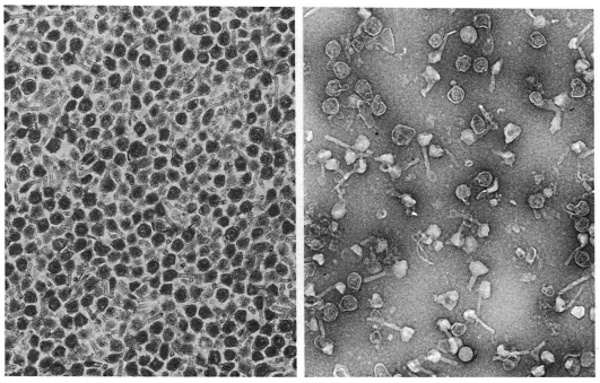 At this point we could more confidently claim that we had physically isolated viral-like particles and could analyse their composition, including their genetic structure.  All very interesting (and beyond what has been done) but the proof that theses particles are viruses, that is infectious and disease-causing, still needs to be established.

STEP 3: Infect a live animal, eg a monkey with the purified particles.

Mind you, we are not talking about bogus experiments as described in Sam’s SARS-1 video.

Pouring large volumes of mixed tissue culture fluid directly into an animal’s lungs to see if it will cough or develop some lung tissue changes does not constitute evidence of a virus. Pouring any biological muck into an animal’s lungs will cause these reactions.  That’s why control experiments are suspiciously absent in such experiments.  The purified particles, said to be viruses (which we are told are airborne and highly infectious) alone could be simply sprayed into the animals’ cages and they should get sick.  Following that, any monkey introduced into the cage subsequently should also get sick if there is a contagious pathogen.

The Case for Human Experiments with “Viruses”

In fact, given that the world has been subjected to draconian restrictions, ruinous lockdowns, and population-wide experiments with “vaccines” in the name of an alleged virus, the case can be made for human experiments involving the “virus”.  In the tradition of Max von Pettenkofer (who swallowed cholera bacillus in 1892 to show that it could not cause cholera by itself), we would be happy to inhale any purified particles said to be the SARS-CoV-2 “virus”, like many (we’re sure) who have investigated virology.  It’s not particularly bold when one is aware that not once in history have any particles alleged to be viruses by themselves been shown to cause disease in any animal.  Of course, such experiments would not be considered ethical today because the “deadly virus” was declared to exist, cause disease, and transmit via aerosol even though no such evidence was produced.  However, one would suspect that these experiments are avoided due to the long history of the failure to demonstrate human to human transmission of any alleged viral illness.

Perhaps the complete lack of clinical evidence that influenza passes between humans as talked about below is the most embarrassing chapter for the “highly infectious virus” claimants.

The virus model was suspect long ago but it’s a model that will continue to be peddled as it pays dividends for industry participants – indeed, the development of their playbook over the decades is outlined in Virus Mania.

The End of Virology

Forget hypothetical computer generated “genomes” from non-purified samples and PCR tests that are calibrated to these simulations: none of these require the existence of a virus.  Forget electron micrographs of cell “culture” experiments purporting to show viruses: these are simply vesicles of unknown significance until shown otherwise.  What we need to see is purification of these particles and then a demonstration that they can parasitise a host and are the causal agent of a disease.  The reality is that nobody is isolating viruses because carrying out the correct experiments would reveal that the particles are not viruses at all and virology would be finished. 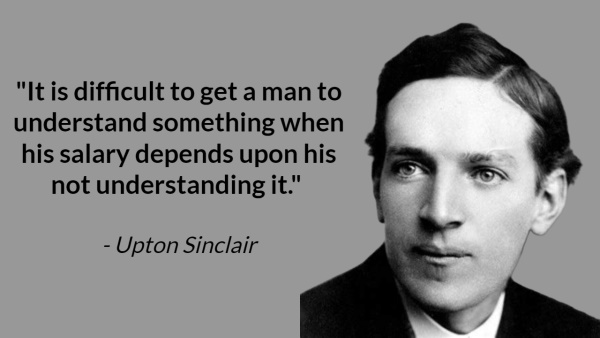 cover image credit: based on creative commons work of mauriciodonascimento