Xenobiotics in Vaccines: The Place to Start REAL Scientific Investigations

Since vaccine issues are ramping up on both sides of that unique ‘political spectrum’, i.e., legislation introduced almost daily at both state and federal levels, which specifically mandate vaccines while adding penalties for not submitting oneself or one’s children to “poison darts” called vaccinations, AND consumer push-back more evident now than ever, I thought it might be helpful to understanding and to discussing intelligently the topic of toxic vaccines and their ingredients [Xenobiotics] IF there were broader or more comprehensible information, including definitions of just what is in most, if not all, vaccines.

Thanks, and a big hat tip to Eileen Dannemann for sharing recent information wherein I found a most significant file titled “Vaccine Ingredients” published online by WAVE (Worldwide Association For Vaccine Education) embedded wherein vaccine ingredients are listed alphabetically along with their chemical signatures; possible/probable adverse health effects and/or reactions; and even their common industrial uses.

However, I think the list, for as extensive as it is—220 entries, probably is not complete since no recombinant DNA [DNA that has been formed artificially by combining constituents from different organisms (online Dictionary)] per se are listed; no growth mediums, e.g., vaccine growth “broths” per se, as listed in the CDC pink book of “Excipient and Media Summary”; nor what probably could be termed “trade secrets ingredients,” which are certain elements that gain or guarantee U.S. patents as “proprietary secrets.” Even FDA and CDC may not know what they are!

To my way of thinking, an in-depth, analytical science discussion—not consensus science as practiced by the CDC, FDA and Big Pharma—must become the basis for considering ANY legislative actions regarding vaccines/vaccinations since they, by their very chemical natures, violate basic human rights, regardless of “herd or community immunity,” an impossibility since diseases have ways of outsmarting and morphing into other organisms.

No one—not even governments, as the Nazis in World War II found out—can get away with using humans as guinea pigs to determine ‘science research data’, even for national security projects! Wasn’t that what the Nuremberg trials after World War II were supposed to have established?

However, I really don’t think so. The United States government, under Project Paperclip, for all intents and purposes, performed and still is carrying on ‘weaponized medicine’ experiments.

Are vaccines a part of that agenda?

Should we and/or Congress ask that question of the U.S. military?

The only way to find out is to hold the U.S. Congress accountable for the 1986 Vaccine Law, plus demand Congress exercise its oversight powers, instead of being cozy friends with Big Pharma’s lobbyists who generously donate and fund pro-vaccine Congress members’ election campaign coffers.

Here’s a website that can give you the contributions any member of Congress received from Pharma: Pharma Cash To Congress. Have fun! 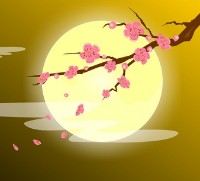