Bank for International Settlements, the Deep State & the Creation of Global Suffering

All videos from the London seating are available at https://commission.itnj.org

The International Tribunal for Natural Justice launched the Judicial Commission of Inquiry into Human Trafficking and Child Sex Abuse at an inaugural seating in Westminster, London on April 16-18th 2018.

The filmed testimonies are now available via this Official Commission site to the Press, Public and all interested institutions and organs of government.

The principal intention behind this Commission is not to instigate witch-hunts or target individuals, but to set in motion a culture that ensures restoration of truth, disclosure and reconciliation around the subject of human trafficking and child sex abuse.

Our goal is to achieve in 9 – 12 months what governments and leaders of the world have failed to do for centuries – shed the full light of truth on the nature and extent of the human trafficking and child sex abuse pandemic.

Seatings will be taking place in Washington, the Hague and Rome in the months ahead. An Official Commission Report will be published and issued to the world-at-large at the Declaration event in Rome at the close of the Inquiry. 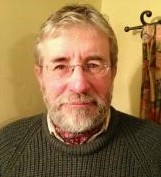 Justin Walker is Campaign Director for British Constitution Group, is a former commissioned officer in Yeomanry regiment (TA), and a journalist. He is a Judicial Commissioner for International Tribunal for Natural Justice, where his role is investigate child abuse cases.  He may also serve as an intermediary between survivors of child abuse as well as prisoners or known abusers willing to give testimony, and a judicial process of inquiry that is rigorous and that seeks to document in a transparent manner, these crimes against children in all their forms.