“We are fighting the biggest war of our life! This is a spiritual war! Our lives depend on this! We have to unite!” – “Rasta High Chief” David Smit

On September 18th, RAIR Foundation USA joined thousands of Canadian patriots marching for freedom in Ottawa, marking yet another weekend of resistance to brutal coronavirus lockdowns and the ever-increasing tyranny from Prime Minister Justin Trudeau and his allies.

“Stand strong and do not comply!” declared a speaker with the organization Police on Guard for Thee. “Refuse to disclose your vaccination status!” shouted activist Chris Sky. “Don’t let anyone intimidate you,” a retired police officer told the crowd, who sang “Oh Canada”.

“We are fighting the biggest war of our life! This is a spiritual war! Our lives depend on this! We have to unite!” declared the “Rasta High Chief” David Smit. As Chris Sky reminded the freedom-fighters, one does not vote one’s way out of tyranny. Citizens need to say no.

As reported at RAIR in an updated thread, Canada’s federal election will be held on Monday. Just like in America, it is anticipated that voter fraud will be prevalent enough to push Trudeau into victory.

Exclusive images from the event: 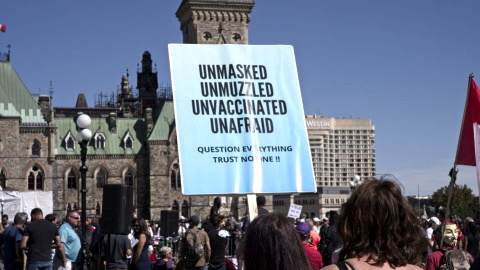 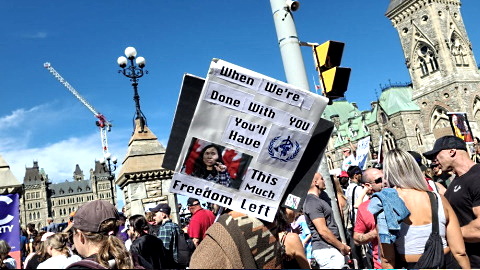 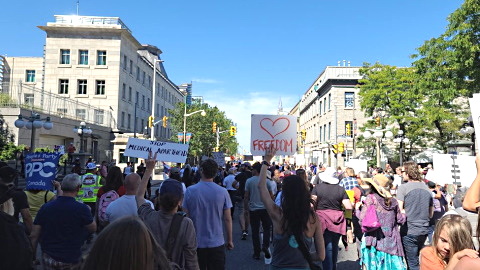 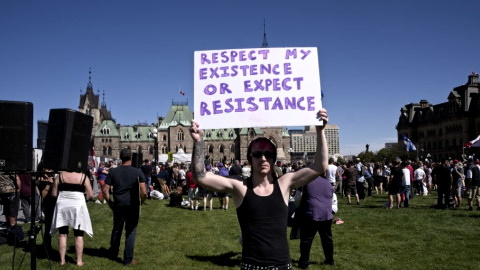 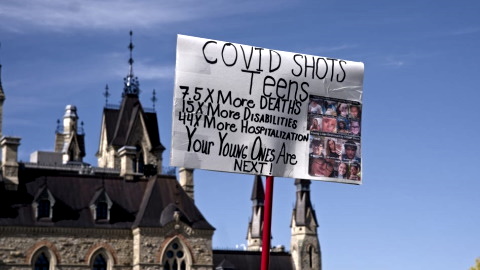 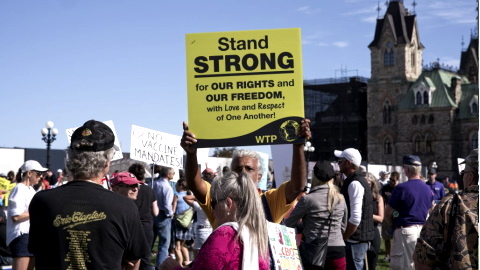 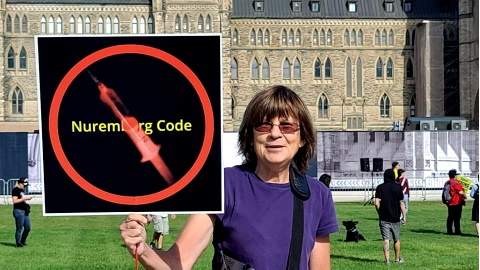 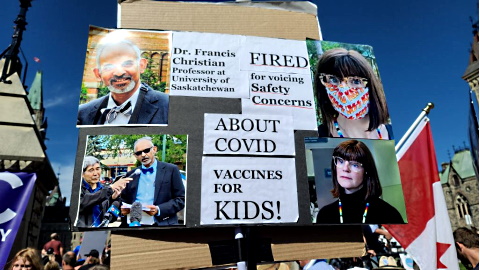 Scenes from the March

The march started at Parliament Hill, went past the front of the American embassy, circled back behind the embassy and back to Parliament Hill. RAIR estimates that 4,000 to 6,000 people were in attendance.

A retired police officer from the organization Police on Guard for Thee, explains to the crowd how to make citizens arrests of Antifa radicals harassing protesters at the rally using Canada’s Section 494 of the Criminal Code.

“Don’t let anyone intimidate you,” the officer said. Canadians are within their rights to physically detain someone who is committing violence against someone else until police arrive. He also cited the website Courageous Citizen.

During his speech, the crowd sang Canada’s National Anthem:

Police on Guard for Thee: ‘Stand strong and do not comply!’

Watch a powerful presentation from Police on Guard for Thee: “Stand strong and do not comply!”

Vaccine is My Choice!!!

One of the speakers was a “Rasta High Chief” David Smit, who was born in Jamaica who encouraged the crowd to “stand up for your rights!”

We are fighting the biggest war of our life! This is a spiritual war! Our lives depend on this! We have to unite!”

During his speech, Chris Sky discussed a powerful statement by the Niagara police:

“We stand behind you. We stand beside you. And if you need us to, we will stand in front of you. Discrimination has no place in Niagara, Ontario, or Canada. We took an oath to uphold the Charter of Rights and Freedoms and respect everyone in this Country which thrives in diversity and inclusivity. We hear you, and we are here for ALL of you.“

Sky also gave his “Rules to Stop the Vaccine Passports”: