There was an interesting article about researchers who found within the computer informational field what appears to be proof of foreknowledge of 9/11. The huge spike in chatter regarding the events immediately prior to the strikes is completely anomalous. In other words, it goes on to say, for it to be just a coincidence is next to impossible.

No big surprise. But what about this informational field?

They call this computer information world a type of “morphic field” or “information field” and it seems to be a virtual manifestation of the global mind. Not all of it of course, but the informational global mind, which at this point in history is a massive amount of generated information that’s accelerating by the hour.

Research in this field is also being investigated by other visionaries. By tracing trends in language using webbots that crawl the internet reading data with assigned values to various words, they’ve been able to often predict not only major events, trends and changes, but the specific nature and sometimes locations of future phenomena.

It’s not an exact science by any means, but this whole field starts to show the power of the literal electromagnetic informational mind as evidence of or a reflection of human consciousness, and we should pay close attention. 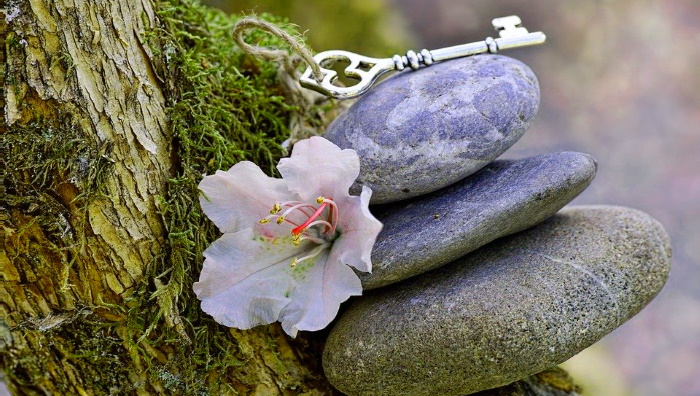 Language as a Manifestation of Consciousness

Language shared is clearly consciousness at work. This is our current fundamental method of communication. Perhaps general telepathy is on the horizon, but for now words backed by intention and no doubt other influences is how we understand communication.

Whichever, it only stands to reason that the greater the body of consciousness manifested, the greater the effect on the present, and hence the future.In the words of Roger Nelson, founder of the Global Consciousness Project (GCP) from his book Quantum Mind p. 57;;

My own ‘model’ is that consciousness or mind is the source or seat of a non-local, active information field (this is not a standard, well defined physical construct). Such fields interact, usually with random phase relationship and no detectable product. When some or many consciousness (information) fields are driven in common, or for whatever reason become coherent and resonant, they interact in phase, and create a new, highly structured information field… that becomes the source of the effects we measure. Source

Pretty profound. When the accumulated consciousness fields are driven in common or show coherency or resonance, they create a new information field.

Sound interactive? That’s the whole point… we need to get busy manifesting Truth and Love within this field. 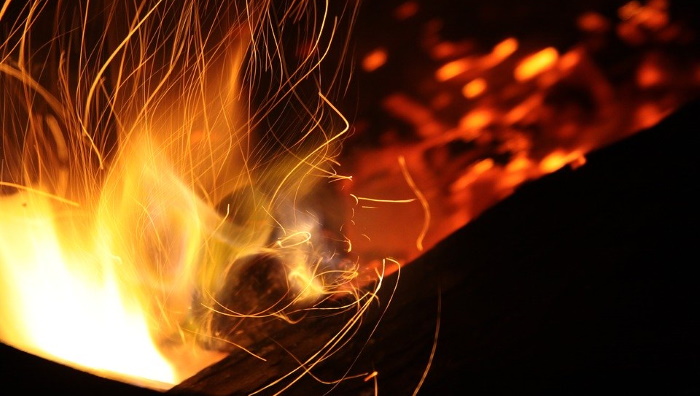 Taking this field changing empowerment even further, morphic field theory is the “discovery” (coming into consciousness) that there’s a dynamic at work akin to the concept of non-separability and total connectivity that quantum physics has discovered. Reminiscent of Plato’s Theory of Forms, these interactive force fields give form to not just plants, animals, crystals, planets and the like, but to behavioral and social patterns. This is similar to the evolving informational field concept described above but even more profound. It is much like Carl Jung’s collective unconscious understanding, but even broader while on a somewhat more so-called “scientific” footing.

It essentially is touching on the effect of Universal Consciousness coming into our experiential realm and our interaction with it. But again, morphic field study is the attempt to pursue this intuitive knowledge scientifically, so called, in a quantifiable way.

All part of the continued awakening of mankind, despite the manipulations, masking and withholding of knowledge by the controllers. Now you can see why so much is hidden from us – it’s fuel for our flux capacitors!

No worries, we’ll get our own. 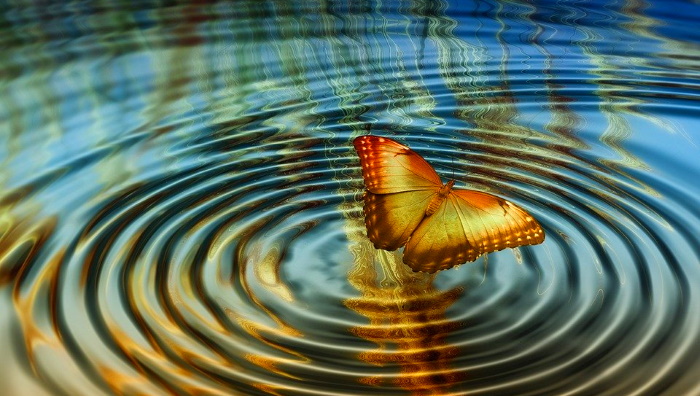 The “Hypothesis” of Morphic Fields

All self-organizing systems are wholes made up of parts, which are themselves wholes at a lower level, such as atoms in molecules and molecules in crystals. The same is true of organelles in cells, cells in tissues, tissues in organs, organs in organisms, organisms in social groups. At each level, the morphic field gives each whole its characteristic properties and interconnects and coordinates the constituent parts.

The fields responsible for the development and maintenance of bodily form in plants and animals are called morphogenetic fields. In animals, the organization of behavior and mental activity depends on behavioral and mental fields. The organization of societies and cultures depends on social and cultural fields. All these kinds of organizing fields are morphic fields.

Morphic fields are located within and around the systems they organize. Like quantum fields, they work probabilistically. They restrict, or impose order upon, the inherent indeterminism of the systems under their influence. Thus, for example, a protein field organizes the way in which the chain of amino acids (the “primary structure” determined by the genes) coils and folds up to give the characteristic three-dimensional form of the protein, “choosing” from among many possible structures, all equally possible from an energetic point of view. Social fields coordinate the behavior of individuals within social groups, for example, the behavior of fish in schools or birds in flocks.

The most controversial feature of this hypothesis is that the structure of morphic fields depends on what has happened before. They contain a kind of memory. Through repetition, the patterns they organize become increasingly probable, increasingly habitual. The force that these fields exert is the force of habit.

Whatever the explanation of its origin, once a new morphic field – a new pattern of organization – has come into being, its field becomes stronger through repetition. The same pattern becomes more likely to happen again. The more often patterns are repeated, the more probable they become. The fields contain a kind of cumulative memory and become increasingly habitual. Fields evolve in time and form the basis of habits. From this point of view, nature is essentially habitual. Even the so-called laws of nature may be more like habits. Source 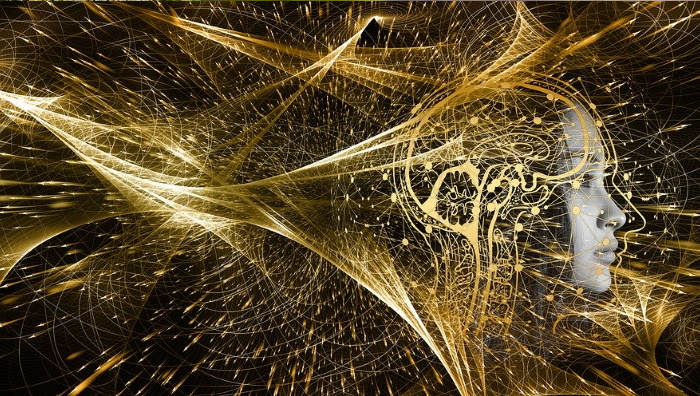 This Is How The Lying Matrix Thrives

Social engineers for eons have known this underlying dynamic in their own terms. The latest rash of modern psychopathic societal designers identified these causal and potentially liberating or captivating trends at whatever level of understanding, and set in place educational and society-modifying mechanisms to keep humanity from spontaneous, self-supporting growth centuries ago.

Left to our own we would naturally be drawing from consciousness new and beneficial “memes” or morphic fields to develop and help humanity, and not extinguish and control it like our current overlords of darkness.

In other words: we’ve been sterilized, castrated, knee-capped, lobotomised and asphyxiated from the Truth and Knowledge of who we truly are and our incredible power to manifest and shape a loving, conscious world around us. As long as we let them fill the airwaves, ground waves and mind waves with their limiting, manipulative, oppressive and distracting propaganda and electromagnetic crap and don’t retaliate in kind to reverse the trend, society is literally being pushed off the map of human awareness into the maw of a mental and social meat grinder.

It’s entirely up to each of us what we do with this amazing energetic system. We can harm or we can heal. We can go along with the status quo or we change it. It will simply reflect whatever is put into it in its own fascinating way, and is doing its job at all times whether we acknowledge it or not.

And it’s there for conscious use if you choose. We’re eternal consciousness connected to everything, yet we’re free agents to choose good and Truth and Love, or darkness, evil and hate.

The beauty of this knowledge is the realization that every letter you write, every item you blog, every word you speak, every thought you think, every prayer or intention you utter, every loving or non-loving deed, every decision to do the right thing or not…EVERYTHING….is forming the world in which we live..societal, informational and the underlying morphic world which we all share.

Every time someone watches mindless TV, gets spellbound by things like Hollywood or war programming, or entertains the Matrix meme in any way, they are supporting and perpetrating the death-dealing, humanity perverting lie. Period.

While on the contrary…

The Internet Highway of Information and Transformation

… Every time you blog with good and helpful information, forward an inspiring or Truth-revealing article, post an idea or heart-warming picture or uplifting message, encourage a fellow activist in their efforts, do a kind or loving deed or reach out and shake someone up…EVERY TIME…you are changing the morphic field…for the better! All while subtracting from a negative imprint by everyone involved.

Which will it be?

Will we contribute to the wake up, or be part of the problem? It’s a continual choice. There’s no standing still. Either way we all affect it. It’s that simple. That serious. That real. And that liberating! 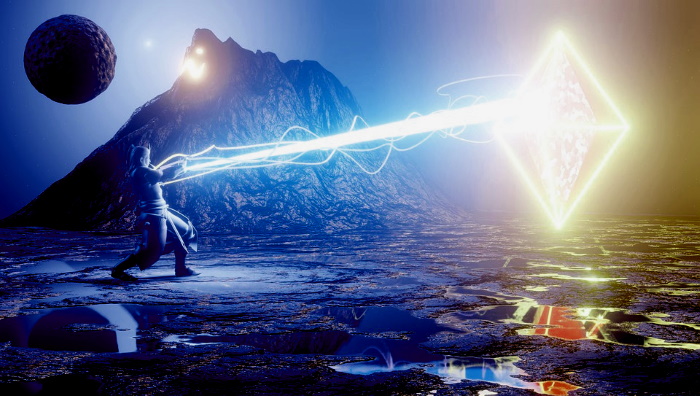 Put Your Shoulder to the Shift

Hopefully this awareness of how pervasive the dynamics of intention, attraction, information, communication and consciousness are will spur you on. It has me. I’ve known this dynamic was at work but to see it in this light was empowering.

And participating and really making a difference that matters couldn’t be any easier than it is today. You can do gobs of damage to the oppressors’ constructs and help establish the righteous rule of Truth, Love and Consciousness by just putting it out there. Manifest it in the morphic field any and every way you can and it goes to work immediately and affects everything!

Even according to nerdy quantum physics, intelligent life on this planet now knows everything you do affects everywhere in mind-blowing, non-linear or spatially limited ways. We are all interconnected with everything! What more empowering information could there be?

As we change these informational morphic fields we’ll also immediately set a better precedent for future change as these fields replicate themselves in whatever state they’re in. This is why we have to keep the fields morphing towards more and more Truth and a loving reality continually. And as we resonate together with the Truth Vibes being amplified around us anything false will crack and crumble into ruins.

Now you see why they try to keep us drugged, distracted and asleep? It’s time to take spaceship earth back.

Take action, in word, deed and spirit. Be a resonant voice however you can. Just do it, and if you’re already doing it, turn it up! It’s working even if you can’t see the full extent of it yet. And as you do you’ll get such a rush of confirmation and satisfaction you’ll do even more, as well as get others on board!

Power to the people? It’s been there all along! But you gotta throw the switch.