“In the minds of those abused in the behavioral/ psychiatric system, they’ve suffered child abuse, punishment and torture. Many of them are silenced, however, out of fear, or because of damage—too scared to speak out. This is exacerbated by the lack of oversight and accountability.”

Diagnosing (pathologizing) troubled children as mentally disordered is a huge industry—whether incarcerating them in behavioral or psychiatric facilities, wilderness camps or subjecting them to psychological behavior modification programs. In the minds of those abused in this system, they’ve suffered child abuse, punishment and torture. Many of them are silenced, however, out of fear, or because of damage—too scared to speak out.

This is exacerbated by the lack of oversight and accountability in the behavioral/psychiatric industry—putting children’s welfare at risk, traumatizing them, then labeling that normal reaction to an abusive abnormal situation as “Post-Traumatic Stress Disorder.” Approximately one-third of UHS’s Behavioral Division’s revenues are derived from taxpayer dollars, such as Medicare, TRICARE, and Medicaid, with the remaining two-thirds from commercial payers.[1]

In July 2020, Modern Healthcare reported that 19 individual complaints were made public after being kept under seal throughout Federal Department of Justice fraud case that alleged Universal Health Services’ psychiatric hospitals had a range of techniques to “Maximize payment by admitting as many patients as possible and keeping them as long as possible.” “Each describes a methodical scheme whereby administrators pressured staff to admit patients even when it wasn’t necessary and hold them for as long as their insurance paid out. From there, the allegations detail a hodge-podge of contrasting methods and effects on patients and government programs.”[2]

When such practices involve children, it is even more egregious. The following is but a small example of abuses documented from Universal Health Services (UHS), with similar abuses found in other chains of behavioral facilities. It shows patient sexual abuse, suicides and restraint assault, even death. Some of the facilities were shut down, but too many still remain open.

An October 2020 lawsuit against UHS’s Cumberland Child and Adolescent behavioral hospital in Virginia exemplifies such risks: Twenty former patients from the hospital alleged sexual abuse, physical assaults and attempts to deceive public and state health officials. Seeking $127 million in damages, attorneys for the plaintiffs alleged that Dr. Daniel N. Davidow, the former medical director of Cumberland since 1996 inappropriately touched young female patients during routine medical exams and that employees and fellow patients physically struck or sexually abused other residents.[3] Twelve female patients alleged sexual abuse, including some as young as nine.[4] It was reported that Davidow was under police investigation.[5] Herschel C. Harden III, a former psychotherapist at Cumberland was also indicted on two counts of object sexual penetration by force of a former patient in 2018 and 2019 while Harden worked at the hospital.[6] [See entry October 2020] 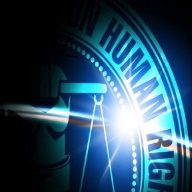