Washington DC Mayor Muriel Bowser has banned dancing at weddings. On Friday, Bowser said that weddings could go ahead but only at 25 per cent of a venues capacity. But she banned dancing and standing at receptions.

A spokesperson for the mayor’s office told FOX News on Friday that the measures were necessary to stop the spread of covid-19. The mayor said that people’s behaviour changes when they dance or stand around.

Meanwhile, Florida Governor Ron DeSantis lifted all local coronavirus emergency orders in his state yesterday. He also signed a bill that effectively bans the use of vaccine passports in Florida.

In New York, Governor Andrew Cuomo has announced that most restrictions will be removed from May 19th. However, Cuomo wants to retain social distancing and mask-wearing.

Will couples really ask wedding guests to remain seated at all times? Will they fence off the dance floor too?

Why is Muriel Bowser not being laughed out of town? Who are these people? Who are they taking advice from? Where do they get the balls to tell people who they can invite to weddings and how they must behave on the day?

You know this all goes away when people turn their backs on idiots like Bowser. Just ignore them. It really is that simple. Ignore them and carry on regardless. The only power they have is the power you give them. It’s time to take it back. 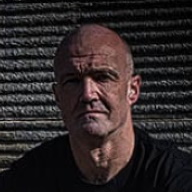