Recorded on 6 July 2017, this is a groundbreaking conversation with Richard Dolan, one of the very most respected and arguably important voices in Ufology.

For many months, Richard has said almost nothing about the widespread, concerning, serious problems of ‘whistleblower’ credibility. Here, at last, he speaks out, in full; and while he is careful and respectful as always, he does NOT mince his words.

To put it simply: Richard makes new, clear, on-record statements, and breaks new ground. Anyone who cares about the current serious problems in the Ufology research community has to hear this out, in full… right to the very end.

The problems, as many reading this will know, have been caused by various degrees of irresponsibility and/or very sloppy vetting (in some cases, no vetting whatsoever), and the over-eagerness of some individuals and organizations to offer celebrity platforms for claimed ‘witnesses’ who, Richard Dolan and Bill Ryan both argue cogently, have almost no credibility whatsoever.

Contrary to the inevitable claims of some, this is not an ‘attack’. This is a DEFENSE of the field, a commitment — and a call to others — to retain respectability and high standards of evidence and research.

This is ALL about standards. And some people and organizations out there may not care an iota about research standards; their agenda seems to be sensationalism, popularity, money, commercialism, and a disturbingly populist, cult-like ‘New Age’ message that belongs NOWHERE in this serious field of research.

Here are a bunch of links that may be important and valuable.

The original, 17 year old ’20-and-back’ story, meticulously detailed and published in two free books, that many (including Michael and Stephanie Relfe) believe was plagiarized by Corey Goode:
— http://TheMarsRecords.com

* Stephanie Relfe’s e-mail to Bill Ryan, 4 June 2017: Dear Bill, Thank you for your words of support re The Mars Records and enlightening people about Goode. We have posted your interview at http://TheMarsRecords.com. Best regards, Stephanie Relfe

Bill Ryan’s 2007 ‘Jumproom to Mars’ conversation with David Wilcock: (Ryan was the first to coin the word JUMPROOM that Basiago always uses. Prior to his invention of the te

rm, IT DID NOT EXIST… a clear marker of conscious or unconscious plagiarism):
—

* Note: this is discussed at length by Richard Dolan and Bill Ryan, but in this, his very first interview, Corey Goode never ONCE mentioned the ‘Blue Avians’, the 20-and-back’ program, or even the word ‘Mars’. All that suddenly happened later, as soon as he was granted a high-profile TV platform.

And lastly, here’s a zip file of all the images used in this video (21 Mb):
— http://projectavalon.net/Richard_Dola…

Thanks to everyone ~~ let’s all work together to restore respectability and high standards to this very important field. 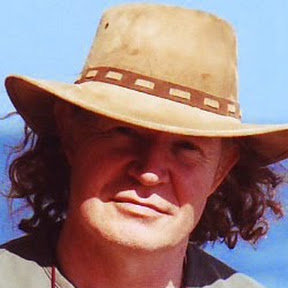 Bill Ryan leads Project Avalon, originally established by Bill Ryan and Kerry Cassidy from Project Camelot, with a mission of alerting people to the massive and significant problems we face on this planet, with a special focus on providing solutions.