Dung Foo Flu and How to Sell a Psyop

Dung Foo Flu and How to Sell a Psyop

First, they have to control the big money players. How? With money of course, and perceived power. Payouts, positions of power, massive profits, and also increasing that mass accepted demon from hell, “the bottom line”.

A bottom line they will cross over for the big surprise some time in the not too distant future. Or not. Maybe they, like us, are just actors? But I seriously digressed there…

How do you think 9-11 got pulled off, with it being as obvious as hell with what happened to any half brained nit-wit never mind smarty pants? The “reason” was more multifaceted than we can imagine although many have tried to track it – from profit and war to the supposed occult junk and everything in between.  It wasn’t just the war machine already cranking up its engines, nor the banksters waiting to suck trillions out of the body politic. You probably know the list, it’s mind boggling. The parasites capitalized on every aspect of it; economically, militarily, governmentally, socially, energetically and on and on. That’s just what they do – it was planned for decades and a master stroke of insane genius.

We know that now.

An essential part not much spoken about that forms a bridge in awareness perhaps was the ever important go-betweens. The ever important corporate and government assholes, the enabling order followers for profit or whatever sick kick, who were taken in on the little secret and given a world of reasons why it needed to be done. As well as why they needed to shut the hell up about it. It was clearly a vast number or co-conspirator/enablers from around the world. But most of all, the bait was pretty packets of profits and power they’d derive immediately and in years to come. As well as save their own asses and that of their families if they ever leaked what they knew. Tough bargain to resist.

But they’re still despicable skid marks on humanity. Such is base human nature at its worst.

All for the greater good of course. They actually believe that crap. That’s the breach many can’t hurdle, but it’s the way these psychopaths have thought and operated for eons. Realizing that has been a major part of this worldwide wake up. But it’s very late in the game.

We’ve tracked this stuff a long, long time, but we have to see through the anger and frustration and repeated screaming about it. This is a very, very cold, logical and pragmatic process for these parasitic, psychopathic, non-empathic tumors of the human race which people need to stand back and realize more fully.

We’re Not Stupid – Dung Foo Flu Is Another Desperate Grab

You can apply all of those characteristics above to this convoluted, fabricated Nero-like coronovarius violin pandemic attempt, the latest favorite step tumor, uh, step child. Just the latest one, that’s all it is. There’s LOTS of money to be made, big Pharma and stand by “security” measures and WHO declarations, and now watch the UN jump in with some new “virus police” and “new measures” set into place. There’s a litany of engineered bullshit, all with power plays and favors in the background, and all kinds of crap going on, as usual.

We’ll see where it goes, but more global control is always the background story; moving very large pieces of machinery into place with the public’s agreed imprimatur. The sub-stories of undermining the Chinese and the fake global enemies scheme, the industrial cover up, engineered diseases gone amok, depopulation and stupid Bill Gates’ programmed bumbling of admission etc., all of which have validity, will get all kinds of dutiful alternative coverage.

Fine. We get that. Look deeper.

None of these are new memes yet nevertheless inhabit the group consciousness we’re all swimming in. Yet they are again essentially distractions and energy grabbers if we stop there.

Incremental control is all this parasite appears to be concerned about. Nothing is too macabre to perform to get its way. It’s nothing new. It never is. So why fall for it? Why be an energy they can “grab”? A bit esoteric perhaps, but so be it. The control crap is about you, and your mind, soul and spirit. All of ours. The collective in that wrong sense is an illusion. It’s personal first and foremost. It starts and stops right there.

Yin and Yang and all that stuff have extremes. Extreme extremes. So what’s new? We’ve seen this game played out since time immemorial.The thing is to consciously stand back, remain detached and stay intact and apart, truly awake consciously. See things for what they are and don’t get caught up in them. That’s step one.

And step two, three and four.

Then, most importantly, is finding out who’s looking through us. That’s the real you. Not this mesmerized egoic information addicted reactive thing – an ironically similar ping ponged control-based false self in unconscious controlled opposition to what they are.

That’s a mouthful. I can only wonder – is this perceivable to anyone?

It’s two sides of the same coin. But only in their realm. We are not of that realm. Don’t be fooled.

It’s full on weird but it’s just the way it is here. What we were groomed to think is a full on trap. 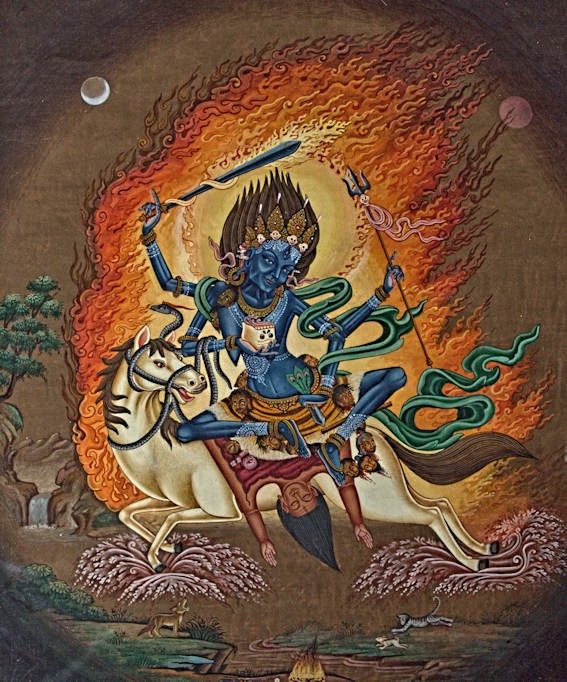 The MO Is Always the Same

Whether it be social engineering, media manipulation or some kind of other worldly dark spiritual influences, it doesn’t matter. It’s an attention grabber and ultimately an energy director – and sucker. The frustrating part is those who most need to hear this won’t get near it.

My advice for what it’s worth is to stand back. Be conscious. Don’t feed it. “We” see “them” and this silly illusory game and the more who disengage the less they have to go on. I know that implies an understanding needed on an apparently grand scale, but not really. It comes only by individuals waking up. It will never be a “group” thing – like this insane idea that a new system will solve everything.

That’s the definition of insanity if you ask me.

This all applies to this stuff going on or any other nonsense. Because there will always be more. Fear is a very subtle thing, but fascination is part of it. That’s how hypnotists operate. Focussed attention in the submitted, including fear, state can be manipulated like a puppet. It’s a known fact. Fear is its basest appeal, yet humanity has been programmed to respond to it in ways few have begun to realize – including you and me at levels few dare to explore. It’s very sad but true. We all have a lot to learn.

Desire and suffering are interlinked. It’s a challenge for all of us. That’s the real issue.

Don’t be a puppet on any level. With this latest scare or any other. 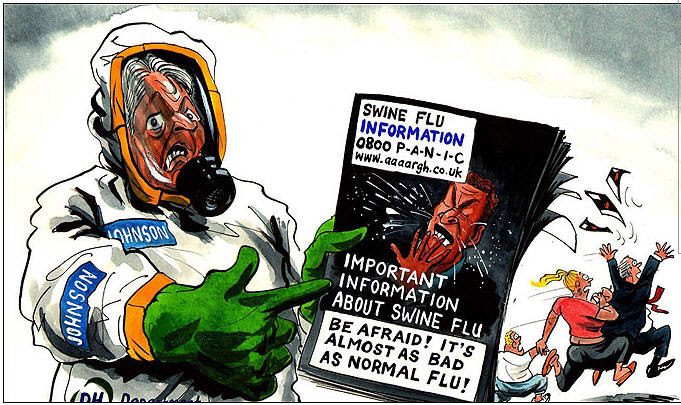 There’s no hocus pocus involved or deep mystery. That’s what they play on, ignorance. And our fascination for knowledge and complexity, all egoic mind junk.

Resist or expose at whatever level you feel called if need be, but in awareness – just don’t be part of it or play into it. Stay fully awake. There is a very important distinction to be had. Play, but don’t take it too seriously. I guess that will make sense when it does.

Who we truly are is not part of all this, just living through us in some magnificent way. It’s way simple but finding our way back to that is quite the ride. Nothing is as it seems in illusion. Just the nature of the game. It’s not escapist, it’s true reality. I listen to Alan Watts or read some Lao Tzu when I get entangled and out of balance, or just cut out and walk by the local river or some other nice distraction, which is often. It’s no easy ride here for any of us.

Find your true source. There we find peace that passes all understanding.

We’re in this together. Let’s make the truly best of it.

And never lose our sense of humor as we waltz our way through this insane playground.

“Two things are infinite: the universe and human stupidity. And I’m not sure about the universe.”