Europeans United for Freedom: Join the Protest for Freedom and Democracy in Brussels on January 23

Europeans United for Freedom: Join the Protest for Freedom and Democracy in Brussels on January 23 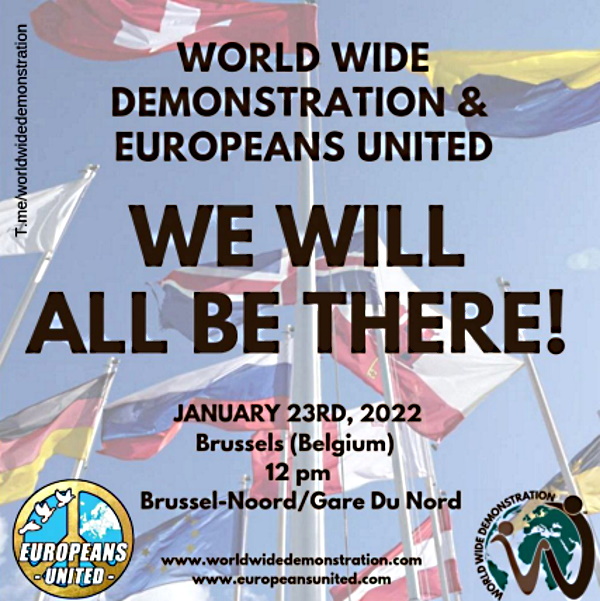 European Parliament Members call on you: Join Protest for Freedom and Democracy in Brussels on January 23

We are living in excecptional times. Whilst hundreds of thousands of people have been harmed after taking experimental medical products, governments and regulators are not even just looking the other way; they are forcing people to continue taking those harmful products or have basic human rights taken from them. Even more: peaceful demonstrators against thos totalitarian measures are being attacked by security forces and riot police in many countries, involuntary exposing government hypocrisy and double-standards: Parliamentarians, who are elected to represent the people, are keeping quiet about it when it happens at home where they usually erupt in televised condemnations of such atrocities happening in rogue-states or dictatorships abroad. But there is hope: a small group of Members of the European Parliament are calling spades a spade!

In a press conference on January 13 in Brussels, MEPs Antoniella Donato, Cristian Terhes and Ivan Sincic not only called out governments and the European Commission for failing in their pandemic response policies. They also called upon the people of Europe, especially in Germany, Netherlands, Luxemburg, Belgium and France to come to Brussels an Sunday, January 23rd for the Protest for Freedom and Democracy.

Connect with Europeans United for Freedom