I Love My Wall : A Story of Gratitude

Home / Inspiration / I Love My Wall : A Story of Gratitude

One Saturday after our excursion to Pizza Hut, the mall, and a movie, I drove my ten-year-old goddaughter Samantha to her family’s new residence. As we turned off the highway onto a dirt road that led to her house, my heart dropped to see that she and her parents were living in an old school bus in a field.

As Samantha showed me around her family’s quarters, I began to feel sad that this little girl whom I love so much was growing up in such a shoddy environment. As my eyes painfully fell upon rusted seams on the metal walls, cracked windows, and a leaking roof, I realized that her family had fallen into bare, subsistence living. I wanted to rescue her from such a barren plight.

Looking up at me with her big brown eyes, Samantha asked me, “Would you like to see my room?”

The child took me by the hand and guided me up a makeshift staircase that led to a small wooden addition that had been superimposed over the roof of the bus. I shuddered to observe that her room was in the same condition as the rest of the place, just barely livable. Looking around, I noticed one fairly attractive element of her abode, a colorful tapestry hanging over the one section of the room that could be called a wall.

“How do you feel about living here?” I asked Samantha, waiting for a glum response.

Instead, to my surprise, her face lit up. “I love my wall!” she giggled.

I was stunned. Samantha was not kidding. She actually enjoyed the place because of this colorful wall. The child found a touch of heaven in the midst of hell, and this is what she chose to focus on. She was happy.

I drove home in a state of awe. This ten-year-old saw her life through the eyes of appreciation, and that made all the difference. I began to consider all the things in my life that I have complained about. I realized that in my preoccupation with what isn’t there, I have been missing what is here. While focusing on rusty metal, I have overlooked some colorful tapestries. I made Samantha’s statement my meditation: “I love my wall!”

Gratitude is not the result of things that happen to us; it is an attitude we cultivate by practice. The more we are thankful for, the more we will find to be thankful for. I heard of a woman named Sarah who lay in a hospital bed after an accident, deeply depressed, unable to move any part of her body except the little finger on one hand. Then Sarah decided she would make use of what she did have rather than bemoan what she was missing. She began to bless the one finger that could move, and she developed a system of “yes” and “no” communication with the little finger. Sarah became grateful that she could communicate, and she felt happier. As she blessed the movement, her flexibility increased. Soon Sarah could move her hand, then her arm, and eventually her whole body. It all started with the critical shift from complaining to blessing.

Harville Hendricks’ book Getting the Love You Want has become a popular manual for relationships.The first step to getting the love you want is to appreciate the love you have. The universe always gives you more of what you are focusing on. Jesus taught, “To him that hath, more shall be given; to him that hath not, more shall be taken away.” Jesus was elucidating a supremely important metaphysical principle, the very key to the manifestation of abundance. Jesus was teaching the importance of concentrating on what we have or want, rather than on what we lack or do not want.

We can look at any experience in two ways: through the eyes of lack, or the eyes of plenty. Fear sees limits, while love sees possibilities. Each attitude will be justified by the belief system you cherish. Change your allegiance from fear to love, and love will sustain you wherever you walk. A Course in Miracles tells us, “Love cannot be far behind a grateful heart and thankful mind…These are the true conditions for your homecoming.” 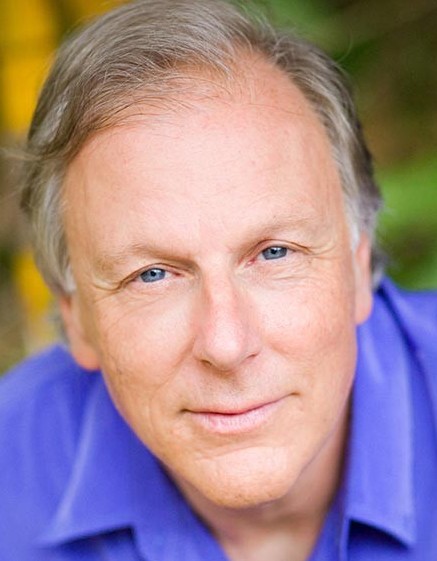 Alan Cohen, M.A., is the author of 23 popular inspirational books, including the best-selling The Dragon Doesn’t Live Here Anymore, Why Your Life Sucks and What You Can Do About It,  A Deep Breath of Life, and Are You as Happy as Your Dog? He is a contributing writer for the New York Times #1 bestselling series Chicken Soup for the Soul, and his books have been translated into 24 foreign languages.