Well known Indian actor and the Tamilnadu state’s ambassador for creating public health messages has passed away a day after he received the COVID-19 vaccine.

Popular Tamil actor and comedian Vivekh died this morning in the hospital hours after he was admitted after a cardiac arrest.

The 59-year-old was reportedly critical in a Chennai hospital after a cardiac arrest on Thursday morning. He was brought in unconscious at 11 am, was resuscitated, subsequently underwent coronary angiogram and then angioplasty.

Medical bulletin said he was critical on ECMO support, which pumps and oxygenates blood outside the body, but died at 4:35 am today.

On Thursday, the actor was declared as state’s ambassador for creating public health messages in the presence of Tamil Nadu’s Health Secretary to promote vaccination. 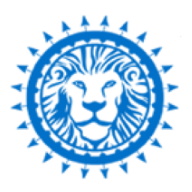