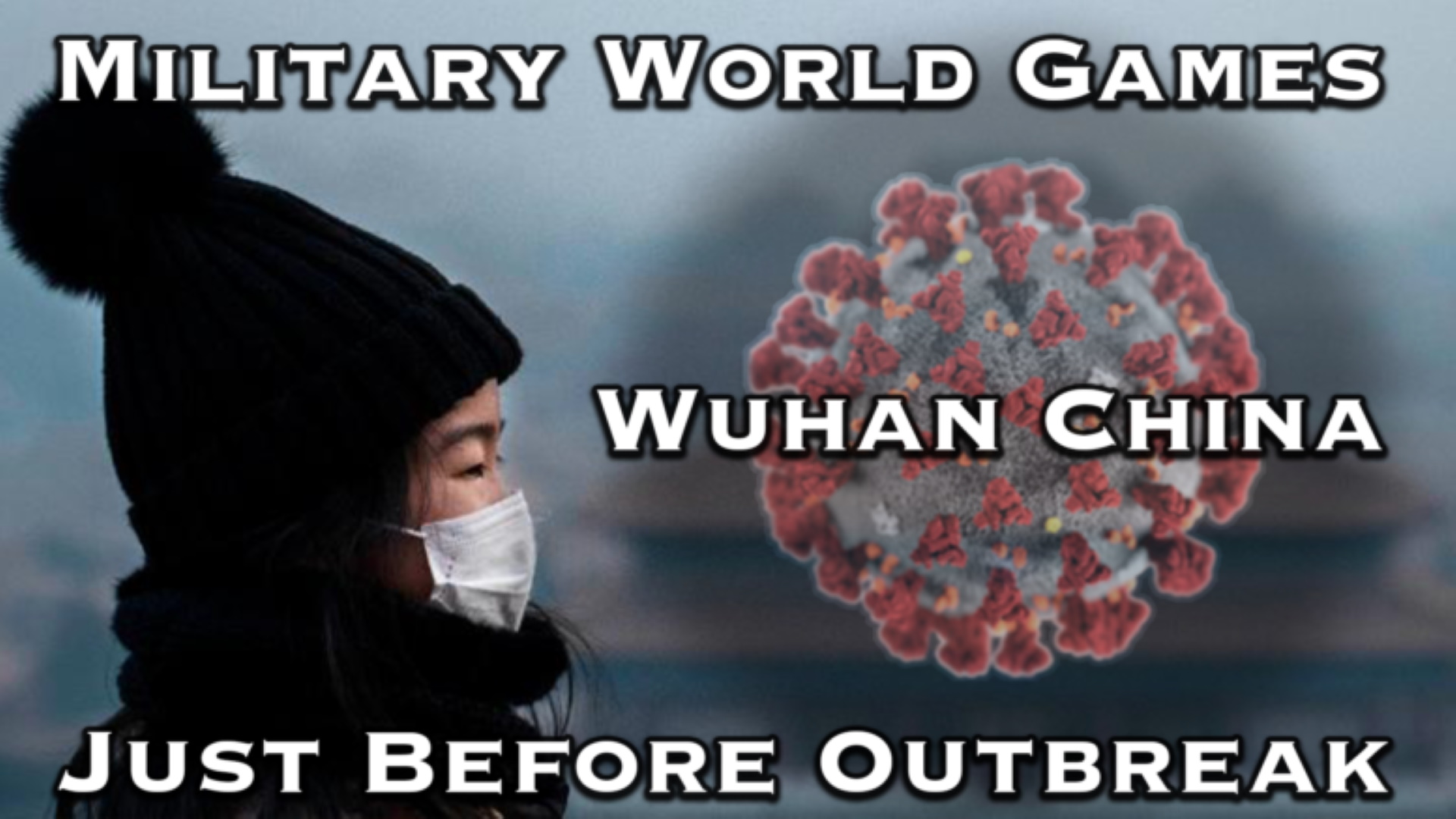 An important update regarding Wuhan China, which is ground zero for the coronavirus / Covid-19 outbreak, now reported to have gone global, as the Chinese government has now banned people in Wuhan from leaving their homes altogether.

One aspect which is very interesting and has been covered extensively here is Event 201. The exercise simulating a global coronavirus pandemic took place on October 18th 2019 only 6 weeks before the first case of the virus was reported in Wuhan China.

What not many people are talking about is that on this exact same day, October 18th, the 2019 Military World Games held its opening ceremony followed by a U.S. men’s soccer match in Wuhan China, ground zero of the outbreak!

This report explores the possibility of a covert operation, which may have coincided with this event, using the event as cover to gain access to China, as nearly 10,000 military personnel from 110 countries were all in Wuhan China at the same time, only weeks before the outbreak began.

Did Bill Gates & World Economic Forum Predict Coronavirus Outbreak? An Inside Look May Shock You!
https://www.activistpost.com/2020/01/did-bill-gates-world-economic-forum-predict-coronavirus-outbreak-an-inside-look-may-shock-you.html

Interview: Author of US BioWeapons Act Believes The WHO & China Are Lying About The Coronavirus
https://www.activistpost.com/2020/02/interview-author-of-us-bioweapons-act-believes-the-who-china-are-lying-about-the-coronavirus.html

Over and over again, the military has conducted dangerous biowarfare experiments on Americans
https://www.businessinsider.com/military-government-secret-experiments-biological-chemical-weapons-2016-9