There is a very dark religion at the base of both Technocracy and Transhumanism. That is Scientism. Once understood, the massive censorship at the hands of Big Tech starts to make perfect sense.

Scientism was first proposed by the French philosopher Henri De Saint-Simon (1760-1825). He wrote,

“A scientist, my dear friends, is a man who foresees; it is because science provides the means to predict that it is useful, and the scientists are superior to all other men.”

Saint-Simon’s idea of science was more of a metaphysical proposition that gave way to what we call today “pseudo-science”. It is mostly speculation dressed up as science. In any case, no scientist or engineer has a crystal ball to “foresee” the future nor are they “superior to all other men.”

Nevertheless, Saint-Simon became one of the acknowledged “founding fathers” of both Technocracy and Transhumanism.

In his day, he proposed that the religious leadership should literally be replaced by a priesthood of scientists and engineers, who would interpret the oracle of science in order to make declarations to society on the human actions necessary to lead mankind out of darkness and into Utopia. Thus, science would be elevated to a state of immutable godhood, worshiped by its followers, who in turn are led by its priests.

Does this sound familiar in today’s world? Well, it should.

You would think that this weird religion of Scientism would have evaporated into history after 200 years, but instead, it has magnified and proliferated.

The priests of global warming “science” see into the future to tell us with certain authority that the seas are going to rise and the world will literally burn up. Remedies are offered to head off such a terrible fate, such as scrapping Free Market Economics in favor of Sustainable Development as huckstered by the United Nations.

The priests of global pandemic “science” peer into the future and tell us that hundreds of millions of people are certainly going to die. The only way to save yourself is to do exactly what they tell you to do: wear a mask, nay, two or three masks, deny all social contact with family and friends, shut down unessential economic activity, etc. What was originally a 14 day exercise to simply “flatten the curve” has now intentionally morphed into a never-ending cascade of pseudo-scientific instructions and demands.

Trust the Science. Obey the priests. Don’t listen to anyone or anything else.

Scientism specifically and pointedly rejects all other sources of truth that cannot be discovered by its priesthood of scientists and engineers. Thus, philosophy is out. The Bible is out. Religion in general is out. Anything that does not fit their narrative is out.

This is exactly where modern censorship can be truly understood. It’s not an issue of left vs. right, conservative vs. liberal or Democrat vs. Republican. It’s an issue of their self-deluded truth vs. reality.

What about Twitter’s ban on President Trump and tens of thousands of populist-oriented social media users? Populism is the biggest threat to Big Tech because populists are uniformly against globalization (all about science), the Great Reset (all about science) and scientific bullying.

In sum, censorship is all about science – their science. Pseudo-science. If you cross their “science” or any part of it, you are going to get blotted out. How do they blot you out? Oh, that’s all automated with technology. It’s called Artificial Intelligence.

The religion of Scientism is threaded throughout every high-tech government agency and corporation in the world. They are the “excluders”. Legitimate scientists and engineers are the “excluded”, and along with them, everyone who dares to repeat their warnings.

To fight Big Tech over censorship is to fight its carefully concealed religion of Scientism, which is precisely what makes it so dangerous. 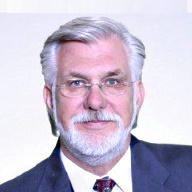 He is the author of Technocracy Rising: The Trojan Horse of Global Transformation (2015) and co-author of Trilaterals Over Washington, Volumes I and II (1978-1980) with the late Antony C. Sutton.

Wood remains a leading expert on the elitist Trilateral Commission, their policies and achievements in creating their self-proclaimed “New International Economic Order” which is the essence of Sustainable Development on a global scale.