Graham Hancock argues there were not sudden “inventions” of new and previously unknown skills, but a transfer of technology to hunter-gatherers from the survivors of a more advanced “lost” civilization.

These survivors were remembered by later cultures under such names such as ‘the Sages’, ‘the Magicians’, ‘the Shining Ones’, and ‘the Mystery Teachers of Heaven’.

They travelled the world in their great ships doing all in their power to keep the spark of civilization burning.

They settled at key locations where new archeological discoveries are now being unearthed – Gobekli Tepe in Turkey, Baalbek in the Lebanon, Giza in Egypt, ancient Sumer, Mexico, Peru and across the Pacific where a huge pyramid has recently been discovered in Indonesia. 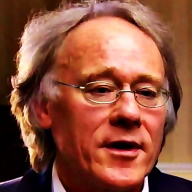 Graham Hancock is the author of the major international non-fiction bestsellers including The Sign and the Seal and Fingerprints of the Gods   His public lectures, radio and TV appearances, including two major TV series, Quest For The Lost Civilisation and Flooded Kingdoms of the Ice Age, as well as his strong presence on the internet, have put his ideas before audiences of tens of millions.
He has become recognized as an unconventional thinker who raises resonant questions about humanity’s past and about our present predicament.