The Danger of Giving the Group Priority Over the Individual

The Danger of Giving the Group Priority Over the Individual

While mankind is a social animal, history is filled with examples of the danger of prioritizing the collective over the individual. This is the basis of all totalitarian states — that some imagined “collective good” is paramount and that the individual, when considered at all, is superfluous.

More than this, there is also the attitude among many otherwise intelligent men that they know what is best for others. While this might well be true, it is a big and dangerous step to begin giving this opinion the force of law.

These kinds of dangerous collectives are often driven by group thought. If collectivism is the symptom, the disease is groupthink, whereby people begin prizing intellectual conformity over rational thought, open discourse, and critical reflection. Indeed, there has scarcely been any political thinker in human history worth anything who did not recognize the danger that groupthink presented.

One need not look far to find examples of just how far this kind of thinking can go. However, one does not need to find the most extreme and grisly examples in human history to make the point that collectivism and groupthink are dangerous. Satanic Panic, McCarthyism and even idle gossip in a small community provide examples of such dangers far in advance of the death camp.

The following quotes all show a deep and penetrating insight into the dangers of collectivism and groupthink. We urge you to read them all and reflect on them.

“A tax-supported, compulsory educational system is the complete model of the totalitarian state.”
~ Isabel Paterson, God of the Machine

“Where you find the laws most numerous, there you will find also the greatest injustice.”
~ Arcesilaus

“Most of the people buying the Soviet paraphernalia were Americans and West Europeans. All would be sickened by the thought of wearing a swastika. None objected, however, to wearing the hammer and sickle on a T-shirt or a hat. It was a minor observation, but sometimes, it is through just such minor observations that a cultural mood is best observed. For here, the lesson could not have been clearer: while the symbol of one mass murder fills us with horror, the symbol of another mass murder makes us laugh.”
~ Anne Applebaum

“Beware of those who seek to take care of you lest your caretakers become your jailers.”
~ Jim Rohn, The Treasury of Quotes

“However combinations or associations of the above description may now and then answer popular ends, they are likely, in the course of time and things, to become potent engines, by which cunning, ambitious, and unprincipled men will be enabled to subvert the power of the people and to usurp for themselves the reins of government, destroying afterwards the very engines which have lifted them to unjust dominion.”
~ George Washington, speaking about the two-party political system in his Farewell Address, 1796

“No self-respecting person who loves humanity or wishes for a world of greater equality and justice should have anything to do with whitewashing the slavery and extermination of Marxism-Leninism.”
~ Anthony Gregory

“As little State as possible!”
~ Friedrich Nietzsche, The Dawn of Day

“The shepherd always tries to persuade the sheep that their interests and his own are the same.”
~ Marie Beyle

“…to compel a man to furnish contributions of money for the propagation of opinions which he disbelieves and abhors, is sinful and tyrannical…”
~ Thomas Jefferson

“…we are fast approaching the ultimate inversion: the stage where the government is free to do anything it please, while the citizens may act only by permission.”
~ Ayn Rand

“Free people can treat each other justly, but they can’t make life fair. To get rid of the unfairness among individuals, you have to exercise power over them. The more fairness you want, the more power you need. Thus, all dreams of fairness become dreams of tyranny in the end.”
~ Andrew Klavan

“The more the state plans, the more difficult planning becomes for the individual.”
~ Frederich A. Hayek

“Propaganda is to a democracy what the bludgeon is to a totalitarian state.”
~ Noam Chomsky, Media Control: The Spectacular Achievements of Propaganda

“Social order at the expense of liberty is hardly a bargain.”
~ Marquis de Sade

“Before mass leaders seize the power to fit reality to their lies, their propaganda is marked by its extreme contempt for facts as such, for in their opinion fact depends entirely on the power of man who can fabricate it.”
~ Hannah Arendt, The Origins of Totalitarianism

“A nation of sheep will beget a government of wolves!”
~ Edward R. Murrow

“Democracy extends the sphere of individual freedom, socialism restricts it. Democracy attaches all possible value to each man; socialism makes each man a mere agent, a mere number. Democracy and socialism have nothing in common but one word: equality. But notice the difference: while democracy seeks equality in liberty, socialism seeks equality in restraint and servitude.”
~ Alexander de Tocqueville

“We’ve got a hundred million corpses stacked up to demonstrate (the perils of statist ideology). Yet there are those who say that Stalin was a bad individual, a poor implementor. Same for Mao, Pol Pot, etc. The thing is, wherever it was tried the end consequence was always the same. I’ve heard this all many, many times: “That wasn’t real communism.” You know what that means? That means that if I’d been the benevolent dictator in the place of a Stalin, a Mao or a Pol Pot, that it would’ve brought in utopia. There isn’t a more narcissistic and toxic and inexcusable statement that you can make.”
~ Jordan Peterson

“What luck for rulers, that men do not think.”
~ Adolf Hitler

“Never do anything against conscience, even if the state demands it.”
~ Albert Einstein

“There is nothing which I dread so much as a division of the republic into two great parties, each arranged under its leader, and concerting measures in opposition to each other. This, in my humble apprehension, is to be dreaded as the greatest political evil under our Constitution.”
~ John Quincy Adams, letter to Johnathan Jackson, October 2, 1780

“A sect or party is an elegant incognito devised to save a man from the vexation of thinking.”
~ Ralph Waldo Emerson

“Truth does not become more true by virtue of the fact that the entire world agrees with it, nor less so even if the whole world disagrees with it.”
~ Maimonides

“The larger the group, the more toxic, the more of your beauty as an individual you have to surrender for the sake of group thought. And when you suspend your individual beauty you also give up a lot of your humanity. You will do things in the name of a group that you would never do on your own. Injuring, hurting, killing, drinking are all part of it, because you’ve lost your identity, because you now owe your allegiance to this thing that’s bigger than you are and that controls you.”
~ George Carlin, Last Words

“I see the liberty of the individual not only as a great moral good in itself (or, with Lord Acton, as the highest political good), but also as the necessary condition for the flowering of all the other goods that mankind cherishes: moral virtue, civilization, the arts and sciences, economic prosperity. Out of liberty, then, stem the glories of civilized life.”
~ Murray N. Rothbard

“To damage the sovereignty of the individual is to replace a community inspired by love, benevolence, and beauty by another based solely on power.”
~ Anwar Sadat

“Anyone who believes that we can afford collectively what we cannot afford individually is delusional.”
~ Arnold King, Learning Economics

“A ‘collective’ mind does not exist. It is merely the sum of endless numbers of individual minds. If we have an endless number of individual minds who are weak, meek, submissive and impotent – who renounce their creative supremacy for the sake of the “whole” and accept humbly that the ‘whole’s’ verdict – we don’t get a collective super-brain. We get only the weak, meek, submissive and impotent collective mind.”
~ Ayn Rand, The Journals of Ayn Rand

“In individuals, insanity is rare; but in groups, parties, nations and epochs, it is the rule.”
~ Friedrich Nietzsche

“The force of public opinion cannot be resisted, when permitted freely to be expressed. The agitation it produces must be submitted to. It is necessary to keep the waters pure.”
~ Thomas Jefferson

“The American fascist would prefer not to use violence. His method is to poison the channels of public information.”
~ Henry A. Wallace

“A man convinced against his will is of the same opinion still.”
~ Unknown

“The opinion of 10,000 men is of no value if none of them know anything about the subject.”
~ Marcus Aurelius

“Our power does not know liberty or justice. It is established on the destruction of the individual will.”
~ Vladimir Lenin

“Socialism is a philosophy of failure, the creed of ignorance, and the gospel of envy.”
~ Winston Churchill

“They hate because they fear, and they fear because they feel that the deepest feelings of their lives are being assaulted and outraged. And they do not know why; they are powerless pawns in a blind play of social forces.”
~ Richard Wright, Native Son

“Liberty is not collective, it is personal. All liberty is individual liberty.”
~ Calvin Coolidge, Address to the Holy Name Society, Washington, D.C., September 21, 1924

“The smaller the domain where choices among alternatives are made collectively, the smaller will be the probability that any individual’s preference gets overruled.”
~ Anthony De Jasay

“The conscious and intelligent manipulation of the organized habits and opinions of the masses is an important element in democratic society. Those who manipulate this unseen mechanism of society constitute an invisible government which is the true ruling power of our country. …We are governed, our minds are molded, our tastes formed, our ideas suggested, largely by men we have never heard of. This is a logical result of the way in which our democratic society is organized. Vast numbers of human beings must cooperate in this manner if they are to live together as a smoothly functioning society. …In almost every act of our daily lives, whether in the sphere of politics or business, in our social conduct or our ethical thinking, we are dominated by the relatively small number of persons…who understand the mental processes and social patterns of the masses. It is they who pull the wires which control the public mind.”
~ Edward Bernays, Propaganda

“The cult of xenophobia is the cheapest and surest method of obtaining from the masses the ignorant and savage patriotism, which puts the blame for every political folly or social misfortune upon the foreigner.”
~ Mao Zedong

“Whenever you find yourself on the side of the majority, it is time to reform (or pause and reflect).”
~ Mark Twain

“We will not obey unjust laws or submit to unjust practices. We will do this peacefully, openly, cheerfully because our aim is to persuade. We adopt the means of nonviolence because our end is a community at peace with itself.”
~ Martin Luther King, Jr.

“Most people can’t stand up for their convictions, because the majority of people might not be doing it. See, everybody’s not doing it, so it must be wrong. And since everybody is doing it, it must be right.”
~ Martin Luther King, Jr. 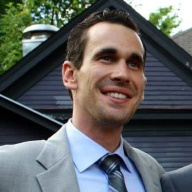 Brian is a serial entrepreneur who loves to read and travel. He’s helped launch four multi-million dollar digital brands, and has lived on four continents and traveled to over 50 countries.