The Monster Behind the Mask of Government

Home / Featured / The Monster Behind the Mask of Government

The Nature of the Beast (Anarchapulco 2018)

“Know your enemy.” Almost everyone understands that “government” is often (if not always) corrupt, often vindictive, often even malicious, but of those who complain about and protest authoritarian injustice, few truly understand what they are up against—few really understand the nature of the beast, what drives it, how it functions, and more importantly, what can defeat it. As it happens, a certain well-studied, well-understood and well-documented “personality disorder” (for lack of a better term) can give us a far better understanding of what the monster called “government” really is. 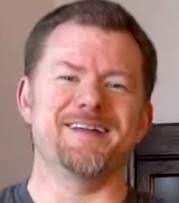 Larken Rose is an anarchist best known for challenging the IRS with questions about the federal tax liability of citizens, and for subsequently being imprisoned without receiving any answers to his questions. Larken Rose speaks and writes extensively about freedom.

Larken is author of The Most Dangerous Superstition. “The primary threat to freedom and justice is not greed, or hatred, or any of the other emotions or human flaws usually blamed for such things. Instead, it is one ubiquitous superstition which infects the minds of people of all races, religions and nationalities, which deceives decent, well-intentioned people into supporting and advocating violence and oppression. Even without making human beings one bit more wise or virtuous, removing that one superstition would remove the vast majority of injustice and suffering from the world.”