The Only Way Out Is In

Home / Inspiration & Insight / The Only Way Out Is In

The Only Way Out Is In

External reality got you down? Pretty well destabilized and confused?

I know as well as you how intense and personal this all is. I’m in the same mess wherever it came from or whatever crippled state of humanity brought this on.

We’re all in the same hole-ridden boat on an endless ocean of discovery.

We can describe all day the obvious workings going on. The tendency to externalize with blame or to accuse is universal in this dumbed-down experience. And this abject sense of futility is nothing new either.

Humanity has submitted itself to rulers since inception. Paying the fiddler is continuous as well as dramatically cyclical. 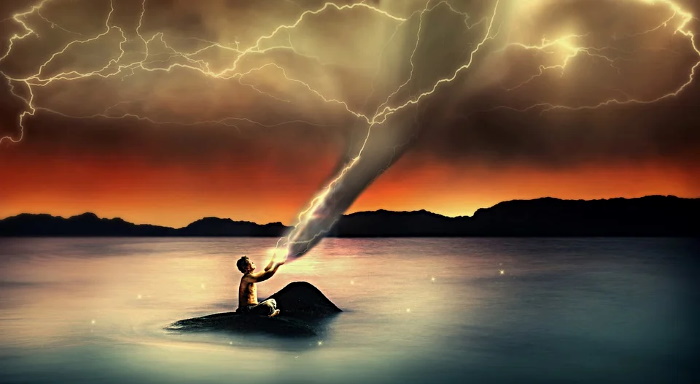 This Current Maelstrom Was Inevitable

Mankind has been begging for it. If you don’t believe me, look at the degrees it’s gone to to repeatedly jump through every hoop it’s been told for ages.

It’s pathetic but we grew up in this mess. It’s time to break the cycle.

It’s not the rulers. It’s the worship, fear of, and adherence to rulers and the loss of true selfhood that this all stems from. You get what you pay for. Everybody knows that. We just don’t like stuff when it applies to ourselves. It’s always the other guy or something external.

Pure programmed, dualistic bullshit. Yet we keep falling for it.

The external is an extension of what’s within. You may have to wrestle with that one for a while but it’s true. We think we can see it in others but not ourselves. If you do you’ll come out the other side. It’s a way better view from there.

Collective and individual willfully unconscious humanity has clearly brought this upon itself but it always works towards evolution, however painful.

None of us are above this challenge. It’s a personal battle that should have been fought and won individually a long time ago but society is geared otherwise and we’ve had to find our own way. Clearly few have pursued the real challenge and now we find ourselves in this collective mess.

It’s time to face up to ourselves. 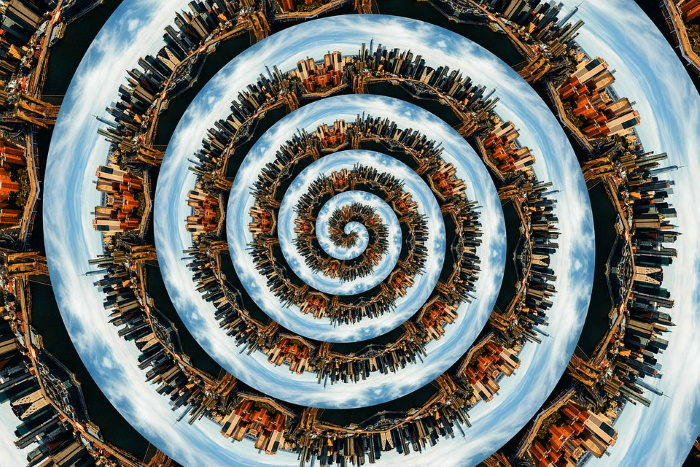 That all may sound morose, fatalist or even escapist to some but it’s the truth. But we don’t like the truth, unless it suits our perceived needs. Humanity has been coerced to be reactive but nothing can quench our true aliveness.

Ironically it’s like this trumped up virus itself. Viruses are an essential part of our make up. Many challenging ones cycle through creation and make us stronger and prune the human tree, as life continually does. This external “enemy du jour” is a mind game.

Unfortunately or perhaps inevitably, crippled humanity was ripe for this.

Nature is more wondrous than we know; that true Universal Nature which permeates and applies on the grandest scheme of things, more than we can imagine.

But we don’t like that idea. It requires humility and submission. Not to false authority, but to the Source of Creation itself. We seem to default to and even prefer living under control by others, including fabricated, self assuaging belief systems, rather than take the responsibility to be truly free and natural.

We need to look for the fire of truth in whatever we see or experience. It’s all around and within us, escaping reason and defying everything illusion throws at us. 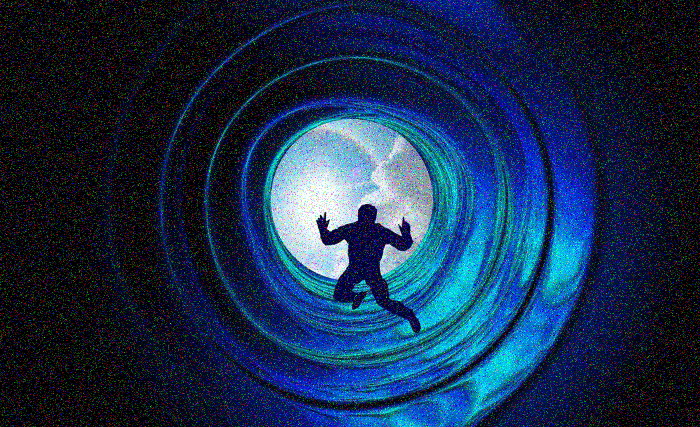 Metaphorically, this appears to be something of an almost occult ceremony playing on the fear of death, as has been playing out for eons. There might be a “they” who wholeheartedly work with such seemingly adversarial energies but it’s simply the cycle of life itself. Just as the scarcity meme has, or a plethora of other easily imposed mechanisms have self-crippled the full human experience by humanity’s compliant subservience.

We seem to find some strange form of confidence or false footing there, very much like Stockholm syndrome hostages, to be blunt.

Does that sound harsh? That’s just how raw truth sounds to those in love with their dream state and prefer not to be woken up. We can blame circumstances all we want. Until we dig deep and find what all of this external stuff is attaching to and easily manipulating within us, this cycle will wash, rinse and repeat.

I don’t know about you, but I know the buck stops there. Until we’re willing to truly wake up, this illusion will continue to keep its foothold.

Scream against the machine all you want, you’re missing the point. 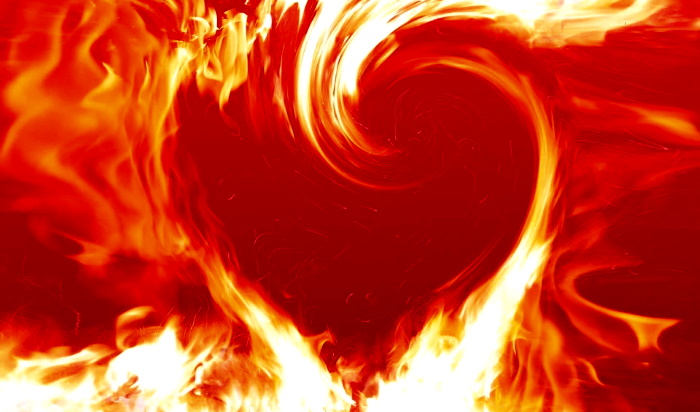 And Why All This?

That’s a sort of sacred question. “Why” never has a true answer as it’s based in the rational mind, one of our installed tools that has been groomed to become an obstacle, for whatever “reason” in our strange predicament and conscious evolution.

Give it any meaning or excuse you want. That’s what we do when we cower from real truth to distance ourselves from facing ourselves. I battle the same shit you do.

If I were to guess in the rational realm, perhaps the “reason” is to purge and purify and reveal the majesty of life, as life resolutely does day in and day out in the resounding natural world around us.

In nature there is no fear of death or controllers. Nada. Nature just is.

But what else can burn off the dross of willful ignorance other than the fires of intense adversity? I don’t know, but that’s perhaps part of it.

We can only identify cycles, rhythms, and repeated patterns to learn from. Your conjecture is as good as mine but what underlies remains.

We each are the only experience we’ll ever know, however we paint the external.

“Who” then are we? Have we even bothered to find that out yet, beyond this shallow shell of constant programmed action and re-action?

Until we do this will continue. Individually and collectively. 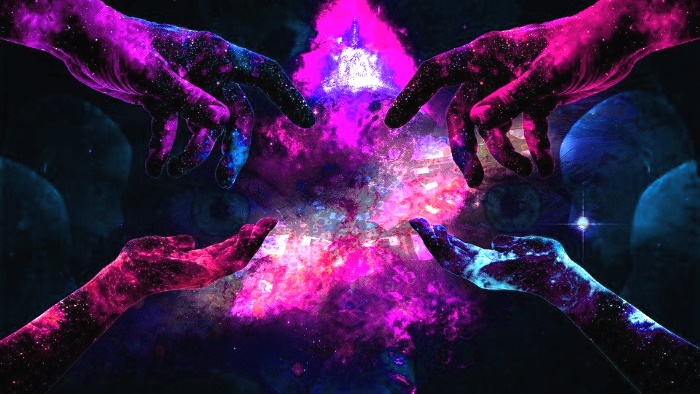 Try to tell people things like this, that their whole reference point is off, obscured, corrupted and hijacked. Have a go at it. You’ll run into an egoically driven shitstorm with more unsubstantiated and full on fabricated escapist ‘reasons” and beliefs than you can imagine.

The ego holds on, to the death, and will attempt to devour anything in its path toward continued dominion over its subject.

That’s why it has to die. This false self thing has controlled majestic humanity for a long, long time although many have awakened out of it.

And what do we do? We kill those people. Some teachings have survived but to little avail.

Whether humanity starts to “get it” this time around is not within anyone’s control.

Like you, I simply describe what I see and experience.

What anyone does with it is none of my concern. The outcome is not the issue, but heartfelt communication is the very act of love itself. That’s what we do.

Knowing we’re not alone in this experience comforts and empowers the heart. Love is our natural expression. We each have to let it burn brightly no matter what. That is the only force that can counter the deleterious effects of illusion.

Large or small there’s no difference. Let it shine.

That’s all that matters. 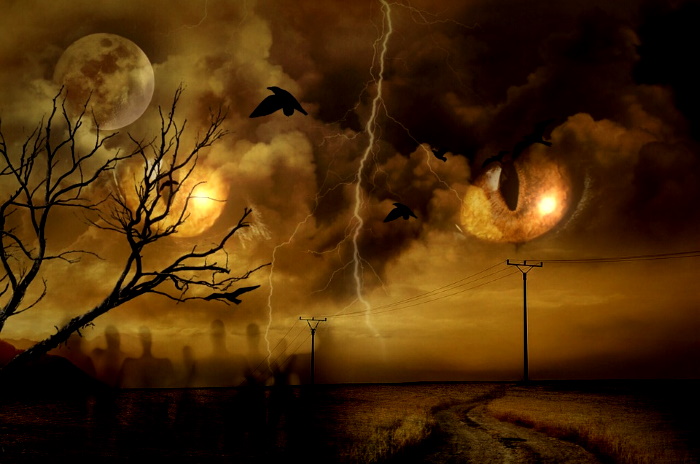 Dispel the Illusion with Inner Truth

Don’t let illusion scare, depress or freak the crap out of you.

Don’t feed It with your attention and give it no quarter. This latest external manifestation is but another carefully fabricated lie that was destined to come into being due to humanity’s own willful ignorance.

It’s just another extension of the massive lie that only grew stronger over a compliant host for centuries. Parasites feed on a seeming dead and dying host.

We are at an apex. One of many, but apparently a big one. A point every life should have come to individually a long, long time ago. Now it’s a collective one, a seeming network of “evil” that can only work to serve our growth and struggle to come alive, as all challenges are.

So much for the eternally combative good and evil meme, but few caught in the dualistic paradigm will grasp that. They need enemies and boogeymen to keep the game afloat. That’s all it is.

I see it as an opportunity – to truly wake up or go down the sewer pipe through the colon of history. The same challenge that was presented to our forefathers for generations.

Many woke up, many more didn’t. The great mandala goes round and round.

The choice is up to each one of us. Leap into the unknown or follow the fabricated path to virtual hell to put it in graphic terms.

But it’s an individual process. The collective is nothing to look to or depend on; it never has been. 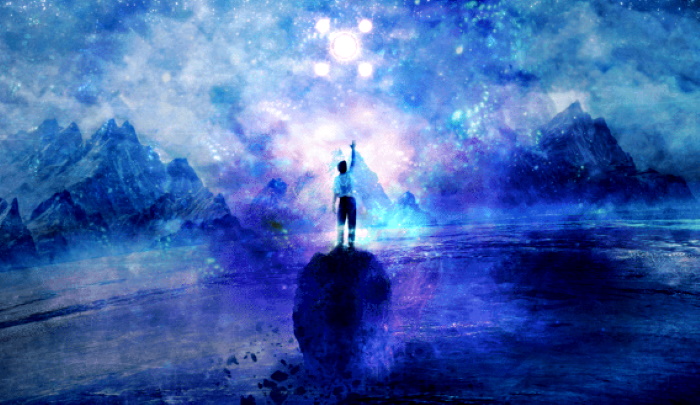 It Doesn’t Matter in the Grand Scheme of Things

All is well where it matters.

You’re already there deep inside. Let that be your guide.

That doesn’t go away. It never will. Fear of death itself is the ultimate illusion that has kept mankind in bondage for eons. All other fears are connected. Don’t let that snare your soul.

Our natural state is fearlessness. You already know that.

This illusion may fly apart in total chaos but the real You cannot be touched.

Find rest, strength and guidance there.

It will arise within you. It’s always been there and always will be.

We are the apocalypse. The great revealing. The external is merely a reflective screen. Don’t judge anything by it.

We each are part of the massive, co-creative Universe in and of ourselves.

Find peace and rest beyond comprehension.

It’s unshakable and there for the taking.

“Only when the way ahead seems impossible will you have found it.”  – Tao de Ching