Transhumanism: The War on Human Nature

Transhumanism: The War on Human Nature

“Over the past year, we’ve witnessed a horrifying psychological attack on our population and, indeed, on our very human nature.

Many people are now afraid of touching or being near other people. They have been brainwashed into being terrified of the very things that make us human.

Suffice to say, a species that is repulsed by contact with itself — one that has been made to fear and loathe itself, to see others as festering bags of toxic biowaste — that’s not a species that will have a particularly long future.

From face masks, obsessive hand sanitizings, social distancing, and social isolation — such that most human communication is now done through technology — and, finally, the mRNA vaccines that are sold as the solution to the “pandemic”, there’s a not-so-subtle message that human beings are essentially broken and that they are in need of a prothesis, of enhancement, of some kind of pharma or tech-based upgrade so as to correct their nasty, dirty, disgusting and flawed natural state of being.

“But there’s something that you must consider. As dark as things may seem, I believe we’ve been given a gift — those of us who can see it at least . It’s an ability to see the truth.

And there has never been a greater privilege to be on the side of all that is good, righteous and beautiful in this life, all that is meaningful.

We get the opportunity to stand against the darkest, most powerful, insidious, satanic and psychotic evil that humanity has ever faced…”

“Those of us who see the truth have been called to defend this, no matter what the costs to ourselves and no matter how difficult the challenge may be. There is no higher a responsibility and no cause more noble. The challenge is so tremendously great because it is so worthwhile.” 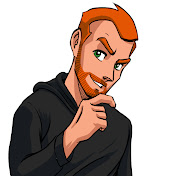 Dave Cullen’s approaches content with a critical eye and a skeptical mind.