Vanessa Beeley: Global Health Tyranny as Part of Hybrid War Strategy | We Have to Break Out of This Abuser-Victim Paradigm

Home / Featured / Vanessa Beeley: Global Health Tyranny as Part of Hybrid War Strategy | We Have to Break Out of This Abuser-Victim Paradigm

“We’re heading towards global health tyranny and fascism, where we are deprived of our self-determination from a health perspective.
You know, I’m somebody — I had cancer. I chose not to have chemotherapy. And if  — we’re going back six years — and I was largely shunned by the oncologists who were dealing with me at that point. I became uninteresting. Now why did I become uninteresting? Is because they didn’t get their 130,000 euros for me being registered as a chemotherapy patient. I found that out, you know, after the events. And so — but at that point six years ago, we still had full self-determination, we had full democracy over our decisions about our health. Okay, we would be pressured, we would be possibly, you know, fed degrees of fear factor and so on.
But now we’re hurtling towards what can only be described as a single source to radical health dictatorship where we will not be given a choice.
I mean, I recently put up a video on Twitter — Alan Dershowitz, who of course was the special plea deal lawyer for Epstein — and basically saying you do not have a right to not be vaccinated and the state will have a right to plunge the needle in your arm if you refuse the vaccination.
So you know these talking heads — and people can dismiss them as whatever they are, you know, as insane people–  but we’re ruled by insane people.
You know that the people who have effectively funded some of the most heinous terrorist gangs in the Middle East in Syria for the last ten years and who condone and endorse the atrocities and the satanic atrocities that they are carrying out against the Syrian people for those ten years — all communities of the Syrian people — those are the the psychopaths that we have in power. The terrorists are only an extension of their power. The terrorists are only a reflection of the evil that exists among them.
Right? And, you know, what we’re seeing now with covid19, as I said to you before we started, the hybrid war strategy that they deployed against countries like Syria, Libya, Iraq, Venezuela, Yemen, Iran, et cetera, et cetera, are now being turned on their own nations. Right? And on the people of those nations…
We’re seeing now exactly the same tactics being used against us to divide and to gaslight us, to put the fear of whatever into us.
That if we don’t accept their strategy, if we don’t accept their orders, their commands, then not only will we be harming ourselves — that’s minor to the fact that we will be literally murdering other people. I mean that kind of terminology, we’ve seen it used. Right?
Both by those that are policing these draconian policies, and in the media, and by people on social media, you know, who are too afraid to actually investigate what’s really going on here.
And I understand that fear. I understand it, as we were talking just before we came on.
You know, I’m an ordinary person. I’m an ordinary person who looked at what was going on, particularly in the Middle East because I do have history through my family in the Middle East, and decided that when you see this level of injustice you cannot turn away from it. You have to do whatever is in your power to raise awareness about it.
I will never claim to be able to change anything. But if I can change myself, if I can change my own awareness, if I can change my own and believe in my ability to do something about it, my hope is that many many other people understand that they also have that same capability.
I’m nothing special. I’m really not. I’m just one human being that just kind of went ‘hang on, there’s something not right here. I need to look into it.’
And then, you know, the sense of injustice, the sense of outrage, grew to a point where you have to express it.
And, you know, I think it’s really important for everyone to understand that what’s going on now — we’re in a kind of abuser-victim paradigm. The state is the abuser. The people are the victim. And that has been the paradigm that we’ve lived in for decades, as long as I can remember.
And we have to be able to break out of that paradigm — to understand what is happening to us and to open our minds to the fact that governments who can effectively commit genocide against people in other countries, against people in Syria people in Libya, Iraq, et cetera, are not going to care about the dispensable, what I call the little people, in their own countries.
And I think that’s the first myth that we to kind of blow apart — as hard as it is for some people to let go of that security blanket.”

In the event that the original video is censored and deleted by YouTube, link here to a mirrored copy on Truth Comes to Light Bitchute channel. 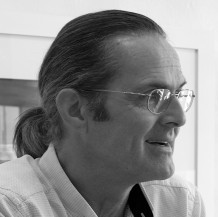 Jason Liosatos is an author, artist, and host of his weekly show Outside The Box and Global Peace Radio.  He writes and talks about humanity as magicians with amnesia — that we are magnificent artists, creators and sculptors of ourselves and the future, and that we actually manifest our future by the manipulation of matter by consciousness.