US President Joe Biden has until May 1 to pull what we’re told are the remaining 2,500 US troops out of Afghanistan, one of “forever wars” he has promised to disengage from. However, the MSM – no doubt aware of just how unlikely this move is for any US president – is working to preemptively justify the President’s lack of action in regard to the Afghanistan occupation.

Last Tuesday three female Afghan journalists were brutally gunned down in Jalalabad, Eastern Afghanistan, amid a slew of similar killings having taken place over the past weeks. The attacks have not been directly linked to the Taliban, but instead other extremist groups in the country.

Despite the attacks not having been committed by the Taliban – which had signed an agreement with the Trump administration to withdrawal US forces from Afghanistan – US media outlets have attempted to use the story against the group. An article that appeared in the New York Times on the issue of the killings framed US presence in the country as a force for good, stating the following:

“Over the past 20 years of American military and diplomatic presence in Afghanistan, the government has officially enshrined rights for women and minority groups that were not allowed during the Taliban’s harsh rule until 2001. Now, those groups fear the Taliban will be back one way or another, as the American military prepares to withdraw and as the peace process between the Afghan government and Taliban limps along.”

The Western backed Afghan government, headed by President Ashraf Ghani, has indeed attempted to enshrine these rights, however, there’s no evidence to suggest the US military presence for 20 years has made women safer, in fact, quite the opposite. But even if US troop presence is working to keep the Taliban from imposing its complete rule, at this moment, the US role has paved the way for the group seizing power in more territory than it controlled in 2001. During the 20 year war, Afghanistan became the number one producer of heroin on the planet; going from near eradication of the poppy industry, prior to the US invasion, to a leading exporter following the US military presence. The US war effort has also done little to remedy its current predicament as one of the poorest economies on the planet.

In 2019, US drone strikes alone killed 700 civilians in Afghanistan and during the Trump administration’s time in office, there was an overall 300% increase in strikes in the nation. This came after a failure of the prior Obama administration to withdraw forces and end the war. In addition, the cases of egregious war crimes committed by British and Australian troops which broke headlines last year, made it clear that Western troop presence has not prevented violations of the rights of Afghans.

If Joe Biden does not withdraw forces from Afghanistan, a surge of violence in the country is inevitable, meaning that a US backlash will also occur for any casualties inflicted upon their forces. The media working to justify US troops remaining, while leaving out this inevitable increase in violence, I believe is truly cynical in nature. Anyone with a basic understanding of the situation knows, that due wholly to the American government refusing to honor its commitments, Taliban violence will surge.

If Biden refuses to withdraw the troops, then it is certain that those who will fall victim to the violence in the country will most likely include many civilians. Already, we know that US government drone strikes are highly inaccurate – whether by design or not – and the majority of those killed by these strikes are civilians. The US government likes to use its Predator Drones in order to achieve its goals; so Biden’s admin will most likely end up far exceeding the former President Trump’s horrifyingly high drone stats.

At a time when ‘cancel culture’ rules, it is surprising that there is so little criticism over the attempts to use the causes of women’s rights and minority rights as cover for escalating illegal and illegitimate wars. Instead – as was the case in justifying the Iraq war – we are still seeing the US empire and its media apparatus attempting to play on the heart strings of the people in order to further its foreign policy agendas.

US Secretary of State, Antony Blinken, has vowed to start the Afghanistan peace process and recently sent a letter addressing the nation’s President, recommending a power-sharing agreement with the Taliban. Despite this sounding great, however, it seems to be the intention of the Biden government to withdraw its forces by the end of his term, according to reports emerging from Axios. This does not seem like a promising prospect though, as both of Biden’s predecessors committed to the exact same thing and failed to deliver on their promises.

The sticking point here, is the way the MSM manufactures the consent of its population. This needs to be questioned, especially while the media’s role is directly in support of the US government’s illegal and offensive wars.

Joe Biden claims he is big on women’s rights and virtue signals a lot on this issue; the media machine behind him also attempts to persuade its viewers/readers of the same thing. The question remains: if the Biden administration mass murders women and violate their rights in Afghanistan, does that suddenly make it morally acceptable just because the violence isn’t coming from Islamic extremists?

Connect with Robert Inlakesh at The Last American Vagabond 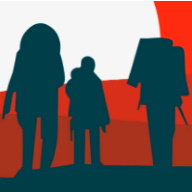 The Last American Vagabond was established to allow a free flow of information in regard to current issues that face the world. The focus being on many such issues that are purposefully and discreetly culled by those who stand to lose, either financially or professionally, due to their relevance. It is this site’s primary objective to bring these issues to an open forum and or bring about awareness of these topics of paramount importance.