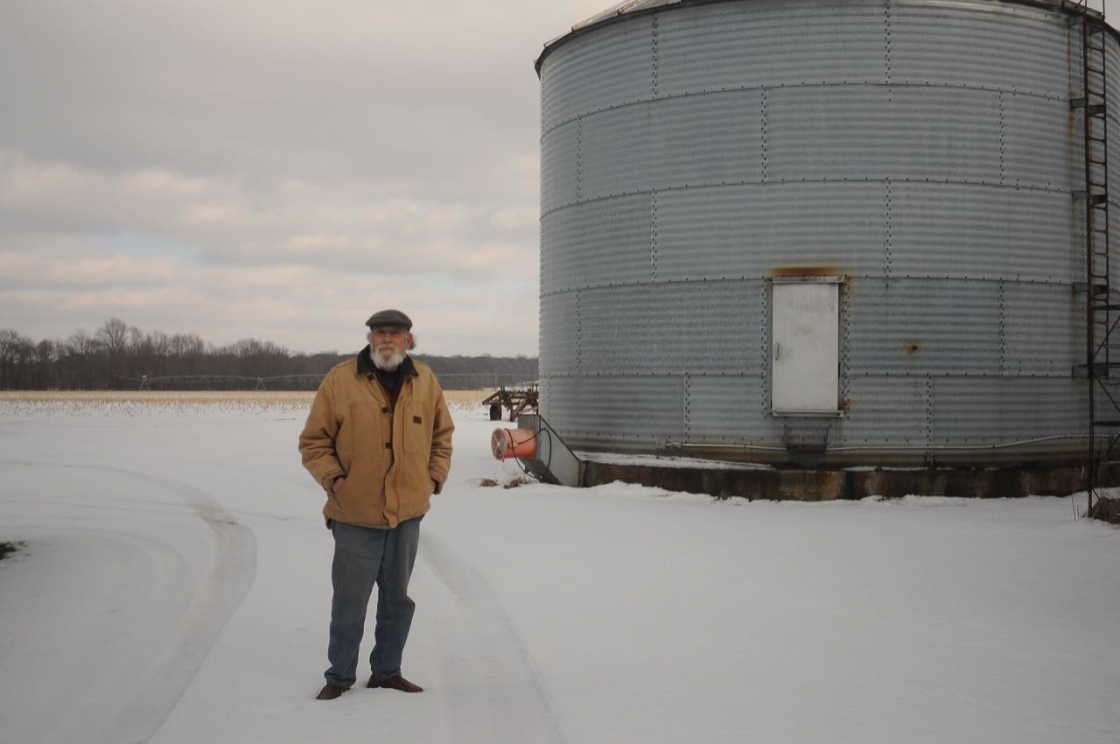 CASSOPOLIS — As a young farmer, Bill Westrate would walk outside most nights with a white sheet and black light to lure swarms of insects to the side of his barn in Cass County. “It would scare most people,” he said. But he didn’t much mind the bugs that would land in his hair and crawl down his shirt.

“It was just an absolute cloud of life.”

Throughout the 1980s and ’90s, Westrate would fill specimen cases with insects on his land, where he farmed corn, soy and Christmas trees. Sometimes, he would try other methods — putting ladders up to collect insects from porch lights,  or using malaise traps, tents made of fine mesh that collect a variety of arthropods.

Then, a couple of years ago — while watching a local television show where someone was using a similar trap — it occurred to him: The insects that once blanketed his land were mostly gone. And he wondered what happened to them.

He began to survey his southwest Michigan farm with a closer eye. He noticed that common insects like leafcutter bees, mud dauber wasps and orb weaver spiders were vanishing. And his holly bushes and wisteria vines no longer bore fruit, suggesting a lack of pollinators.

Of course, Westrate is just one farmer. But he’s also the former president of the Michigan Entomological Society; a “citizen-scientist extraordinaire,” in the words of Jennifer Tank, a biologist at the University of Notre Dame.

And what he saw as he walked his land was in line with insect declines observed across much of the United States and Europe. 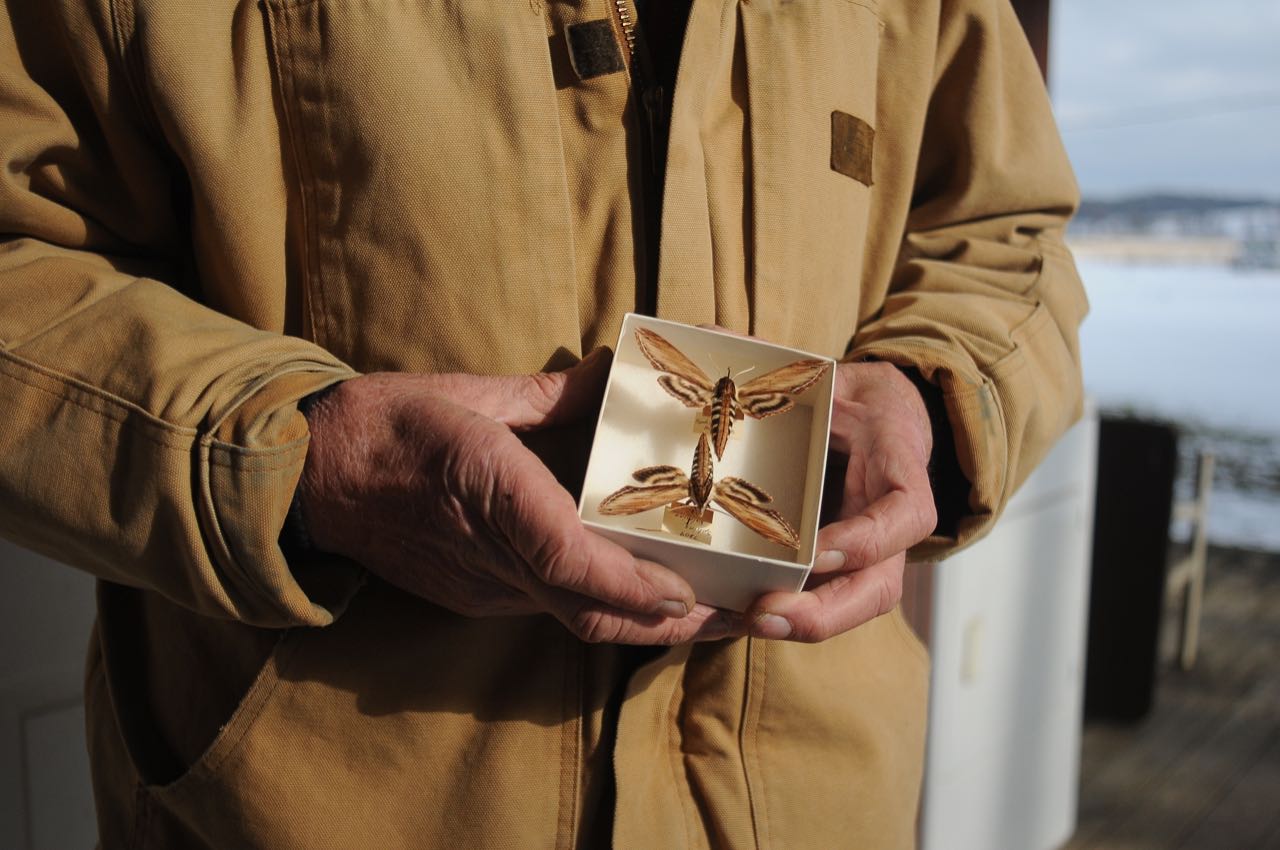 In one oft-cited study in Germany, for instance, total biomass of flying insects studied in preserves fell as much as 82 percent over 27 years. It wasn’t just a loss in the diversity of insect populations, but in total numbers, imperiling organisms at the base of the food web.

It’s unclear exactly what’s causing the declines. Scientists say they’re likely a result of a host of variables including habitat loss, climate change, pests, disease and new classes of pesticides such as glyphosate (the primary ingredient in the popular weedkiller Roundup) and neonicotinoids.

Together, these factors could help dramatically reorder the landscape in Michigan, affecting insects and in turn “every aspect of ecosystem function,” according to ecologist Nick Haddad of Michigan State University’s W.K. Kellogg Biological Station.

Audrey Sebold, a horticulture specialist at the Michigan Farm Bureau, notes that “most of Michigan’s fruits and many of our vegetables” require pollination from insects. Honeybees and native pollinators like bumblebees are important to fruit crops that thrive in Michigan, including tart cherries and blueberries, and vegetables such as tomatoes and squash.

Beyond the impact on agriculture and wildlife, continued declines in insect populations could lead — eventually — to “a tipping point,” said Haddad, “where we go from a habitable earth to basically uninhabitable.”

That may sound extreme, but scientists such as Francisco Sánchez-Bayo from the University of Sydney point out that with studies showing a rate of insect decline of 2.5 percent per year, “in 10 years you will have a quarter less, in 50 years only half left and in 100 years you will have none.”

Alas, not all scientists view the future as so bleak, citing both the resilience of a million-plus species of insects and a shortage of comprehensive research around the globe.

“Not going to happen,” Elsa Youngsteadt of North Carolina State University told The Atlantic of insects’ demise. “They’re the most diverse group of organisms on the planet. Some of them will make it.”

Insects are certainly diverse and adaptable, lending credence to the they-will-survive chorus. However, as a study in the journal Science showed, wildflowers have been declining in correlation with their pollinators, raising “the possibility of community-level cascades of decline and extinction.” In other words, it’s more than just bugs we have to worry about losing.

“But that’s in the future,” Haddad said. “We’re not at the extreme yet and we’ve got to head things off now…”

Preventing a worst-case scenario means getting a better picture of what’s driving the decline of insect populations.

A much-noted 2018 report in the New York Times titled, “The Insect Apocalypse Is Here,” was based on studies in Europe, which were geographically limited.

Clearly, more research is needed and likely much of it will come from “citizen scientists” like Bill Westrate, volunteers who can record insect data where they live to paint a detailed picture of what’s happening to insects in Michigan.

He says they provide an historically important record for documenting insect declines. “If we go back 150 years, the way people knew about the natural world is what they knew about butterflies,” he said.

Butterfly collecting has helped create a wider record of insect numbers and diversity, especially in Europe where several of the most significant studies on insect declines have taken place.

Michigan’s butterfly numbers seem only to go reliably back about seven years. But to our south, Ohio has extensive data across the state, showing losses of two percent a year, and 33 percent over 20 years, results comparable to those from the United Kingdom and northern Europe.

“Butterflies are just indicators for the rest of insects that we don’t have the ability to monitor,” Haddad said. The factors driving down butterfly numbers also could be reducing those of other invertebrates like tiger beetles and stoneflies, and probably don’t stop at the Ohio-Michigan border. 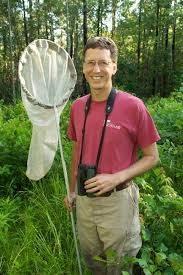 Bumblebees — the large and fuzzy cousins of honeybees — offer a better barometer of insect numbers in Michigan, but here too the news is not good. The decline of domesticated honey bees has received plenty of attention, but bumblebees are important and efficient pollinators for many crops and wild plants.

A study of bumblebees based on specimens from all Michigan counties going back to 1887 found about half of 12 species once common in Michigan were in decline by 50 percent or more. One, the rusty-patched bumblebee, is effectively extinct in the state, while American bumblebees declined 98 percent.

Westrate, who is now mostly retired, said he’s noticed that farms are getting bigger and growers are tearing out fencerows and woodlots that once served as wildlife corridors to make more room for crops.

In the early 1990s, farmers began using glyphosate, an ingredient in  Roundup, to dry out crops so they could be harvested sooner. This allows farmers to clear their fields before the onset of bad weather. The practice started in Scotland but increased dramatically in the U.S. Midwest as GMO “Roundup-ready” crops came online. 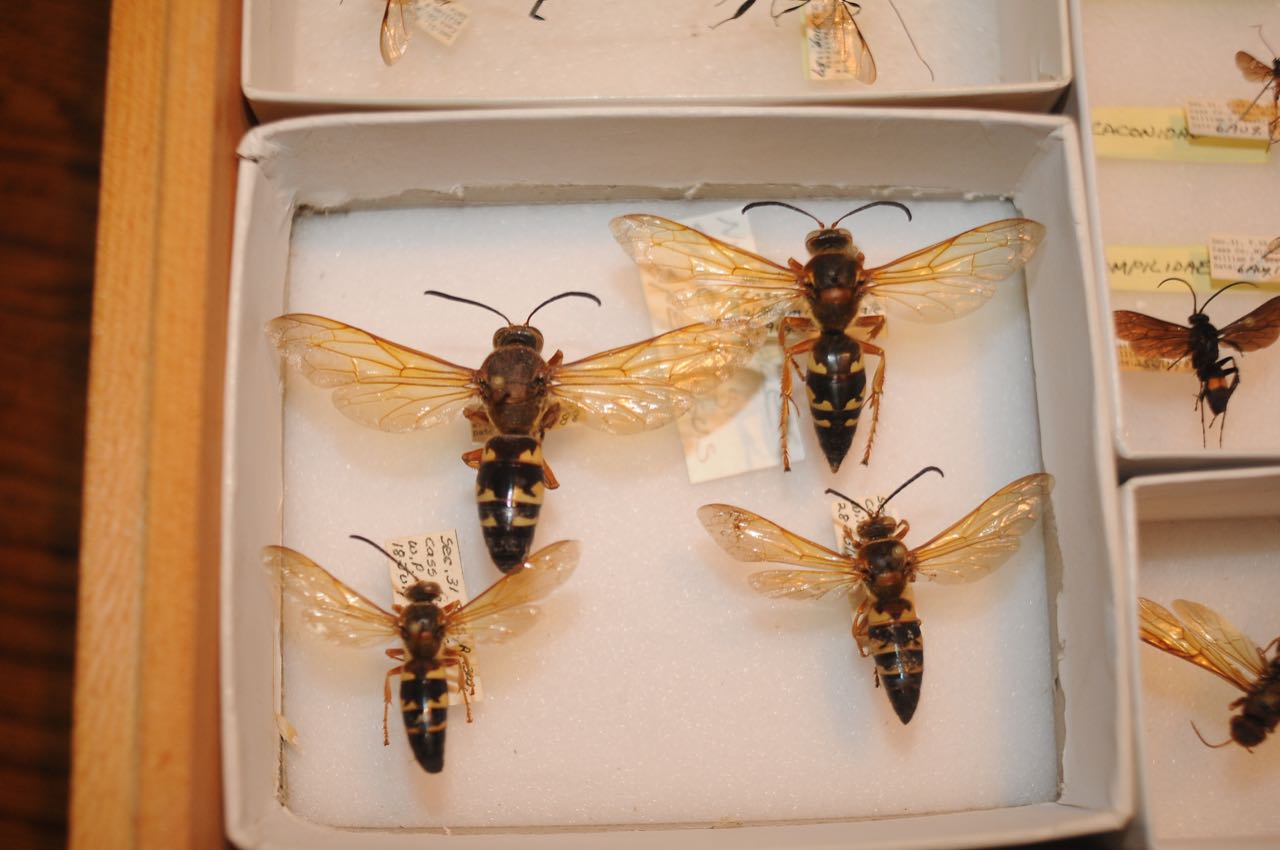 These wasps are part of a collection that fills much of Bill Westrate’s dining room. (Bridge photo by Brian Allnutt)

Such crops could withstand being sprayed with Roundup, but surrounding weeds — which provided insects with food and habitat — were eradicated. The chemical has been implicated in the huge loss of monarch butterflies as milkweed plants — where monarchs lay eggs, then feed on them as caterpillars — nearly vanished from fields.

Another class of insecticides called neonicotinoids, or “neonics,” have flooded Michigan farms as a seed treatment since 2000, typically for corn and soybeans. As the name implies, neonicotinoids are chemically similar to nicotine and can work systematically through a plant, even showing up in pollen and nectar.

Neonics have been shown to impact pollinators including bees, songbirds, bats and, though originally thought safe for mammals, deer. By 2011, roughly 80 percent of corn seeds and a third of soybeans were planted with neonic-treated seed.

Farms relying heavily on neonicotinoids and glyphosate cut a wide band across southern Michigan and into the state’s thumb region.

“It’s uncanny the decline [of insects] that happens concurrent with the arrival of those two pesticides,” Haddad said. He adds, however: “I don’t think there is one smoking gun, so it’s not fair to say that, but…there’s good reason for concern.”

Some Michigan growers — including blueberry producers — may suffer pollinator declines while spraying neonicotinoids. Rufus Isaacs, an MSU entomologist specializing in pollinators, said roughly 80 percent of blueberries are pollinated by honeybees, which often are trucked in from out of state. Despite dramatic die-offs, beekeepers can usually regenerate colonies. So far, pollinator declines don’t seem to have affected blueberry production as much as unpredictable weather during flowering.

Sebolt, of the Farm Bureau, said fruit growers have good incentive to spray responsibly, so as not to hurt honeybees or other pollinators. Growers who rent honeybee hives “try as best they can, and they do a pretty good job of not spraying when the honeybees are out,” she said.

Kevin Robson, executive director at the Michigan Blueberry Commission, has been involved in efforts to protect pollinators in the state. He defends the use of neonicotinoids, citing the Environmental Protection Agency’s continued approval of most neonics as evidence of their safety and said they’re an important part of integrated pest management, which requires a range of strategies.

In Europe, some growers have argued that banning neonics could make farmers resort to even more dangerous chemicals.  And, as Robson noted, neonics are “normally cheaper,” for blueberry growers, who are also dealing with labor shortages and a competitive global market for their crop.

“If they’re not able to sell their blueberries for a profit, they’re not going to be in business, anyway,” Robson said.

European bans on neonicotinoids (and glyphosate in Germany and Austria) may help Michigan farmers get a better view of what might happen if these chemicals “are removed from the landscape,” Haddad said.

Studies in Germany and the Netherlands also show how citizen scientists can play a crucial role in monitoring insect populations. The data at the core of the New York Times story was collected by a network of volunteer entomologists in the German city of Krefeld, whose entomological society keeps records dating from the 1860s.

Technology can help as well. Isaacs, of MSU, recommends a smartphone app called Bumble Bee Watch, which allows anyone to gather photos or data and submit them to taxonomic experts for a database that tracks bumblebee numbers across the country.

The Michigan Butterfly Network organizes volunteers to conduct field counts of butterflies, similar to the Audubon Society’s “Christmas Bird Count,” one of the oldest and most successful examples of volunteer-led research.

“The best data coming out about why monarchs are declining come from these citizen science efforts,” Haddad said. It’s also a productive way for people who might be concerned about climate change to manage anxiety.

Land conservation programs might be an easier sell in farm country.

In Michigan, the Department of Natural Resources’ Large Grasslands project was created to preserve and restore prairie ecosystems. The project mostly focuses on creating habitat for birds like the Henslow’s sparrow and ring-necked pheasant. But Isaacs said such efforts are also likely to benefit insect species.

Nationally, the USDA’s Conservation Reserve Program is set to see modest increases in funding that would pay farmers to set aside environmentally sensitive land for wildlife and create corridors for the migration and dispersal of species, while helping farmers with pollination and erosion control.

This aligns with another Haddad project: creating wildlife corridors, which can be connected parkland or land along waterways to help preserve insect habitats and increase breeding populations threatened by urbanization or large farms.

Westrate, meanwhile, said he’s on board with efforts to find more folks like him — amateur entomologists happy to gather data to study insect declines, losses he still can’t seem to wrap his mind around.

He said he recalls back in the 1980s when he first noticed five-lined skinks (slinky lizards) and leopard frogs disappearing from his farm, another dramatic change that’s never been fully explained.