Who Is in Charge of Planet Earth? — Black Budget Space Wars and AI Superpowers

Home / Featured / Who Is in Charge of Planet Earth? — Black Budget Space Wars and AI Superpowers 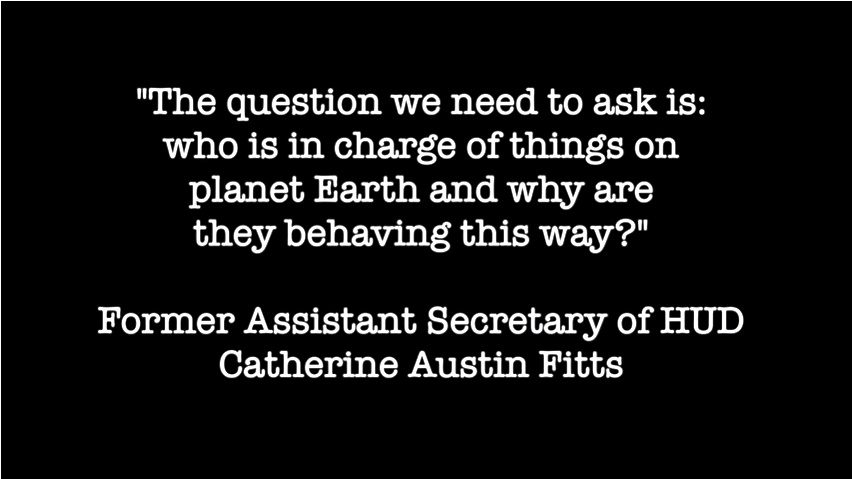 Transcript of Introduction to Video Below

“Tonight I have a special episode for you. We’re going to be joined by former assistant HUD Secretary Catherine Austin Fitts.
Now this will be one of the most important episodes that Catherine has ever done as she goes on record exposing the master plan being rolled out by powerful covert elements in government, industry, and the media.
These forces intend to put in place a massive global control grid engineered from an ominous space infrastructure using tools like entrainment mind control social engineering and social manipulation to achieve total dominance over the population Catherine introduces us to the idea of AI superpower, as being in a deep power struggle for supremacy over the internet of things using a kind of Skynet.
Can we regain the initiative from a lawless marauding group of elites who have no regard for humanity’s future?”
~ Daniel Liszt, Dark Journalist

In what may be the most important interview Catherine has ever done, she lays out the master plan that covert and overt forces in Government, Industry and the Media are rolling out to dominate the population through the Internet of Things and a Global Control Grid that utilizes advance Artificial Intelligence!.

Dark Journalist is an independent investigative reporter and filmmaker who coined the term “Dark Journalism” to introduce crucial areas of research and investigation that the mainstream media refuses to touch.