There are numerous myths and legends passed down since remote antiquity concerning an ancient long lost civilization that existed before a time of great cataclysm, which some say existed somewhere in the Atlantic ocean, but most certainly had colonies all around the world as part of its expansive empire. We often hear mythologies that speak to a forgotten parent race which were revered as gods and that taught various communities of tribal people about agriculture, astronomy, architecture and spirituality. While many people point to places like Egypt, India, and Tibet, these are not the only places which hold clues to a forgotten past which differs from the accepted history we are all taught in modern anthropology classrooms.

The Hopi Indians maintained that their ancestors did not arrive from the north over a land bridge from Asia, nor do they believe that they arrived to the New World by boat, but instead their origin myths tell the story of how they climbed onto the surface from the underworld. The specific location where the emergence of the Hopi took place in their legends lies deep inside the Grand Canyon from the mysterious recesses of the earth.

Robert Sepehr is an anthropologist and author. Find his books at Amazon: https://amzn.to/3iQ2gYq 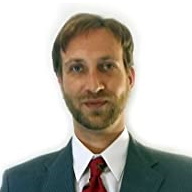