Bayer AG has reached verbal agreements to resolve a substantial portion of an estimated 125,000 U.S. cancer lawsuits over use of its Roundup weedkiller, according to people familiar with the negotiations, Fortune reported Monday. 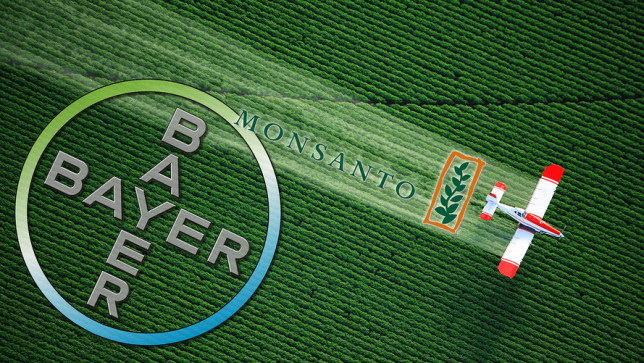 The deals, which have yet to be signed and cover an estimated 50,000 to 85,000 suits, are part of a $10 billion Bayer plan to end a costly legal battle the company inherited when it acquired Monsanto in 2018, the people said. While some lawyers are still holding out, payouts for settled cases will range from a few million dollars to a few thousand each, said the people, who asked not to be identified because they aren’t authorized to speak publicly.

A surge in Roundup claims, along with some big court losses, have weighed on Bayer since the Leverkusen, Germany-based company spent $63 billion to buy agricultural giant Monsanto — which developed the weedkiller. The shares have dropped about 40% since the deal closed two years ago, wiping out some $39 billion of Bayer’s market value.

In May 2019, after less than two full days of deliberations, a California jury ordered Monsanto to pay just over $2 billion in punitive and compensatory damages to a married couple who both developed non-Hodgkin lymphoma they say was caused by their many years of using glyphosate-based Roundup products.

In March 2019, a unanimous jury in federal court in San Francisco ordered Monsanto to pay roughly $80 million in damages for failing to warn plaintiff Edwin Hardeman of the cancer risks of Roundup herbicide.

In August 2018, jurors in state court in San Francisco ordered Monsanto to pay $289 million  in damages to school groundskeeper Dewayne “Lee” Johnson, who is dying of non-Hodgkin lymphoma the jury found was caused by his exposure to Monsanto’s glyphosate herbicides. The judge in that case lowered the total verdict to $78 million and the verdict is now on appeal.

Evidence laid out in the three trials included numerous scientific studies that showed what plaintiffs’ attorneys said was proof Monsanto’s herbicides can cause non-Hodgkin lymphoma. As well, the attorneys presented jurors with many internal Monsanto communications obtained through court-ordered discovery that show Monsanto has intentionally manipulated the public record to hide the cancer risks.

Among the many revelations that have emerged from the trials:

Studies have repeatedly linked glyphosate and glyphosate-based herbicides such as Roundup and Ranger Pro brands, to non-Hodgkin lymphoma (NHL), a type of blood cancer. In 2015, the International Agency for Research on Cancer classified glyphosate as a probable human carcinogen.