Christine Massey Interviewed by Prof. Michel Chossudovsky: On FOIA Requests & Responses to the Question — Has SARS-CoV-2 Ever Been Isolated? Does the “Virus” Exist?

Home / Covid-19 Vaccines, PCR Tests & Masks / Christine Massey Interviewed by Prof. Michel Chossudovsky: On FOIA Requests & Responses to the Question — Has SARS-CoV-2 Ever Been Isolated? Does the “Virus” Exist?

Christine Massey Interviewed by Prof. Michel Chossudovsky: On FOIA Requests & Responses to the Question — Has SARS-CoV-2 Ever Been Isolated? Does the “Virus” Exist?

The Chinese authorities announced on January 7, 2020 that they had isolated and identified “a new type of virus”.  Then on the 28th of January 2020, the US Centre for Disease Control and Prevention (CDC) stated that the novela corona virus had been isolated.

Christine Massey, M.Sc conducted an extensive report over a period of more than a year. The central question raised in her study is the following:

“is there reliable evidence that SARS-CoV-2  has been isolated  from an “unadulterated sample taken from a diseased patient”?

Does the Virus Exist? The responses to these requests confirm that there is no record of isolation / purification of SARS-CoV-2 “having been performed by anyone, anywhere, ever.”

Video: Does the Virus Exist? Has SARS-CoV-2 Been Isolated? Interview with Christine Massey 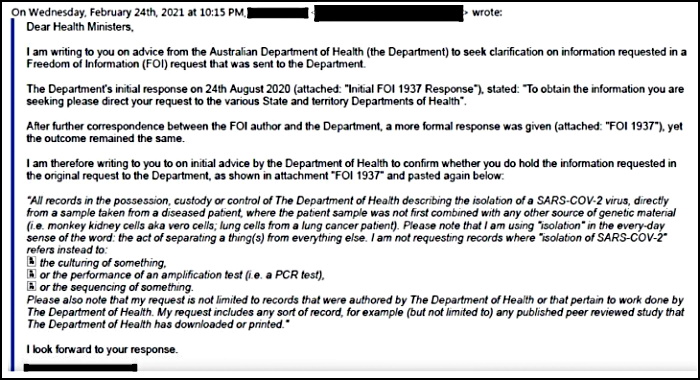 Christine Massey’s articles  can be consulted at  Fluoride Free Peel

Original video is available at Centre for Research on Globalization BitChute channel.

See related:
Does the Virus Exist? SARS-CoV-2 Has Not Been Isolated? “Biggest Fraud in Medical History” — A Review
by Prof Michel Chossudovsky, Global Research 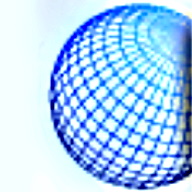