in relation to viruses is a phrase used by naturopathic practitioner Dr. Robert Young, whose research shatters the official coronavirus narrative. Young has recently been outspoken in his quest to alert people to the real nature and cause of COVID. Via his blog and various interviews (here, here and here), Young has been revealing that COVID not associated with any virus, but rather is associated pathological blood coagulation due to toxicity. Some of this toxicity is introduced right into your bloodstream via vaccines, however there are many causes of it. He views COVID as a biochemical poisoning of bodily fluids causing cellular breakdown and genetic mutation. He claims COVID symptoms are first and foremost circulatory problems. He also connects COVID to the acidity/alkalinity level inside the body. The corona effect (which I wrote briefly about in Deep Down the Virus Rabbit Hole – Question Everything) shows deformed red blood cells which indicate oxygen deprivation and radiation poisoning. What is going here? Let’s take a closer look. 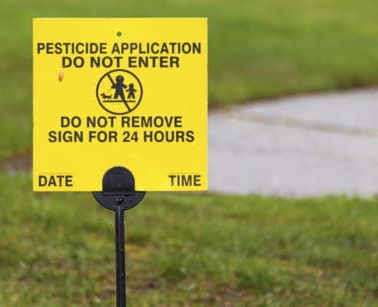 Before we get into COVID, let’s go back in time a little. Those who don’t study history are doomed to repeat it, as the saying from George Santayana goes. Humanity has gone though similar pandemics in the past, but were we always told the full truth about what caused them? In this article, Young exposes how polio was not cause by a virus, despite popular belief, but was actually caused by poisoning from the pesticide DDT. Remember too that the cancer-causing monkey virus SV-40 (Simian Virus 40) was found in all polio vaccines administered to Americans up until around 1963. Young writes:

“I am suggesting in this article that there are significant findings based on historical and past and current research, including my own research that the theory of Polio and possibly other modern-day diseases, such as Post-Polio Syndrome, Polio Vaccine-Induced Paralysis, Legionnaires, CNS disease, Cancer and AIDS may be caused by acidic chemical poisoning from DDT (dichloro-diphenyl-trichloroethane) and other related DDT pesticides, acidic vaccinations, and other factors including lifestyle and dietary factors rather than from a lone infectious Poliovirus.”

“Farr’s Law requires, for an epidemic to be a valid example of contagion, that the epidemic increase its incidence rates exponentially. Since polio has been ubiquitous since the beginning of human history, its incidence rate should have peaked long ago and universal immunity conferred, if immunity was ever required, and if the poliovirus was actually a predator.”

“The non-funded, ostracized theory of poison causality far exceeds all other theories in simplicity, exactitude, and directness regarding correlations within all data areas: dosage, physiology, etiology, epidemiology, economics, and politics.”

Likewise, Young believes there is no virus that causes COVID.

As I have previously stated, when it comes to COVID, there is not 1 virus, not 1 cause and not 1 disease. Part of the psy-op is to convince you that there is a single killer virus out there, and that if we could just find and isolate this virus, we could destroy it and rescue the world from this dreaded pandemic. It’s an illusion.

Young reveals that what the WHO has called “COVID” is a biochemical poisoning of bodily fluids causing cellular membrane breakdown and genetic mutation. This means deterioration of cell membranes, due to a toxic environment, created due to a compromised bioterrain (see here for the background on bio terrain, and the importance of terrain theory over germ theory). COVID is not a viral condition. COVID symptoms are circulatory problems that stem from pathological blood coagulation. In technical medical terms, this coagulation (lumping and sticking together of red blood cells) is known as DIC or Disseminated Intervascular Coagulation. Blood coagulation means the blood changes from a liquid to a gel or semi-solid state, forming a blood clot. This can be potentially dangerous, because when blood coagulates or clots, it can get stuck and prevent blood flow. In this state the blood does not fully and freely intake oxygen and release waste products. When blood clots, it can’t enter the capillary system to facilitate the exchange of oxygen and carbon dioxide. Young stresses that blood coagulation signals:

1. the inability of the blood to remove its waste products and pick up oxygen; and

2. that the blood is clotting inside the vascular system, so that acids can not be removed and thus accumulate, leading to toxic overload and disease.

People suffering from this kind of pathological blood coagulation will experience oxygen deprivation (hypoxia or under oxygenation). They will likely feel short of breath and have symptoms identical to high altitude sickness. Not coincidentally, this is exactly in line with what Dr. Cameron Kyle-Sidell from New York said when he went public months ago (during the peak of COVID fear) to tell the world about how his patients seemed to be suffering not from a viral pneumonia, but from altitude sickness.

What is the Corona Effect?

In his April 7th 2020 post entitled The Truth About Corona and How To Prevent and/or Reverse the “Corona Effect”, Young defines what he calls the corona effect:

“The “Corona Effect” is the oxidation of the cellular membrane and genetic mutations which gives rise to cellular pleomorphism or biological transformation and the appearance of “crowning”, “spiking” and “knobing” projections as the microzymas or anatomical indestructible matter changes its form and its function.”

Corona is the Latin word for crown, so Young is using it to describe the spiky nature of these microzymas, exosomes or tiny particles which are budding and offshooting from the cells. Again, if you haven’t already, I suggest you read my article Deep Down the Virus Rabbit Hole – Question Everything for the background to the true nature of viruses, exosome theory and much more, since it will explain a lot of this. Young continues:

“These biological transformations of the body cells [are] the genesis of all bacteria, all yeast, all mold, all bacteriophages, all endotoxins or cell fragments, exotoxins and mycotoxins or metabolic acidic waste. The cause of pleomorphism or cellular transformations of the body cells affecting the cell membrane and its genetic matter is the result of an acidic lifestyle including diet. The disturbing contributing factors include all electrical and magnetic fields (EMF 1G to 5G), all acidic foods, all acidic fluids, all environmental toxins, including carbon monoxide, all insecticides, pesticides and herbicides found in non-organic foods (i.e., glyphosate), all acidic water (pH below 7.4), all acidic legend drugs including all antibiotics and drugs that contain HCL, all recreational drugs including marijuana (THC is an oxidant), all acidic supplements including all enzymes, all probiotics, all algae, all mushrooms, or all acidic supplements and foods, all acidic thoughts, all acidic feelings and all acidic beliefs.

This is the one cause of ALL sickness and disease and there is no other cause. Once again, the one sickness and one disease is the over-acidification of the interstitial fluids of the Interstitium due to an inverted way of living, eating, drinking, breathing, thinking, feeling and believing.”

Young then makes the startling claim that viruses do not exist. This is a little different from what others such as virologist Dr. Stefan Lanka and Dr. Andy Kaufman have said (namely that viruses exist but that there is no evidence they cause disease):

“All viruses DO NOT EXIST and therefore do NOT cause infections. All infections are born in us and from us and are outfections of the cell due to an acidic fluid environment.”

Young is strong believer in terrain theory over germ theory: that we are ultimately entirely responsible for our state of health, and that we only procure disease when we allow our inner terrain to become acidic, not only through bad food, but through a host of other possible means, including even our habitual feelings and thoughts, which have a tremendous yet often misunderstood and ignored biochemical effect on our bodies.

Young mentions how appearance of HIV and “COVID”/SARS-CoV-2 are identical to the appearance of an exosome. He also emphasizes that toxic insults like vaccines can cause blood clots (see here for list of top 10 vaccine ingredients and adjuvants, and here for a list of top 10 reasons never to vaccinate) – which are the same thing as blood coagulation.

Young talks about how COVID is acidic poisoning: carbon dioxide poisoning, carbon monoxide poisoning, methane poisoning, lactic acid poisoning, uric acid poisoning, etc. He talks about how the largest organ of the human body is the interstitium, not the skin. The interstitium is a contiguous fluid-filled space existing between a structural barrier, such as a cell wall or the skin, and internal structures, such as organs, including muscles and the circulatory system. The interstitium is the dumping ground for metabolic waste products from the cells. Then it goes to the lymphatic fluid to be eliminated from the body. Young mentions how the body has 3 main types of fluids – intervascular fluids (fluids in the blood), intercellular fluids (fluids inside the cells) and interstitial fluids (fluids in the interstitium, surrounding the cells, which account for 50-60% of all body’s fluids). If doctors regularly tested the interstitial fluids (not just the intervascular fluids) during diagnosis, they would become aware of the deeper cause of disease, and also become aware of the ineffectiveness of Big Pharma medicines (petrochemical pills).

So What is the Solution?

As Dr. Kyle-Sidell said, giving ventilators to people with these symptoms and conditions is not helpful. In fact, it’s making things worse, because the ventilators have excessive pressure which can lead to blowing people’s lungs out and killing them. Other whistleblowers, such as New York nurse Erin Marie Olszewski, have stated that COVID patients were being killed with ventilators. The problem is not a lack of oxygen per se, but rather the inability of the body to actually intake that oxygen.

Young stresses that it makes no sense to ventilate someone with DIC. More oxygen won’t help, because the problem is in the blood; it can’t fully take in the O2 and get rid of waste products like CO2. The solution is to increase systemic circulation, alkalize the interstitial fluids and open up pathways so cells can function properly. Incidentally, he mentions that the reason hydroxychloroquine has been apparently working for many COVID patients is because it raises blood pH, thus bringing much need alkalinity to the patient’s blood. Young writes:

“There is only one treatment and that one treatment will restore health, vitality and energy to the organism (human or animal) by restoring the alkaline design of all body fluids, including the interstitial fluids that flow through every body cell that makes up every organ, gland and tissue …”

COVID is a wake up call for all of us. It is time to look deeply at the base assumptions we have taken for granted about health, medicine, the body, disease, viruses, bacteria and much more. Hopefully the world can use this crisis, manufactured as it is, to re-examine the fundamentals, so we can emerge from this less susceptible to fear, anxiety and propaganda, and more assured of our own power in our capacity to be fully in charge of our own health.

Makia Freeman is the editor of The Freedom Articles, a long-time truth researcher and a promoter of freedom. He provides insightful, non-partisan, unique and cutting-edge analysis on who’s running the world, how they’re doing it and what the deeper agenda is – as well as solutions for restoring peace and freedom to the world. He writes articles exposing propaganda and the numerous aspects of the worldwide conspiracy, in addition to geopolitics, sovereignty, health and higher consciousness.

You will also find Makia on Steemit.