Documentation of Energy Beam in California on September 7–9, 2020

Placing documentation of the event here with videos and screenshots.

Night 1, Sept 7, 2020 going into Sept 8, 2020 — Beaming from above Oregon, coming from the North. The beam reaching down into the fire in Central California along the coast. 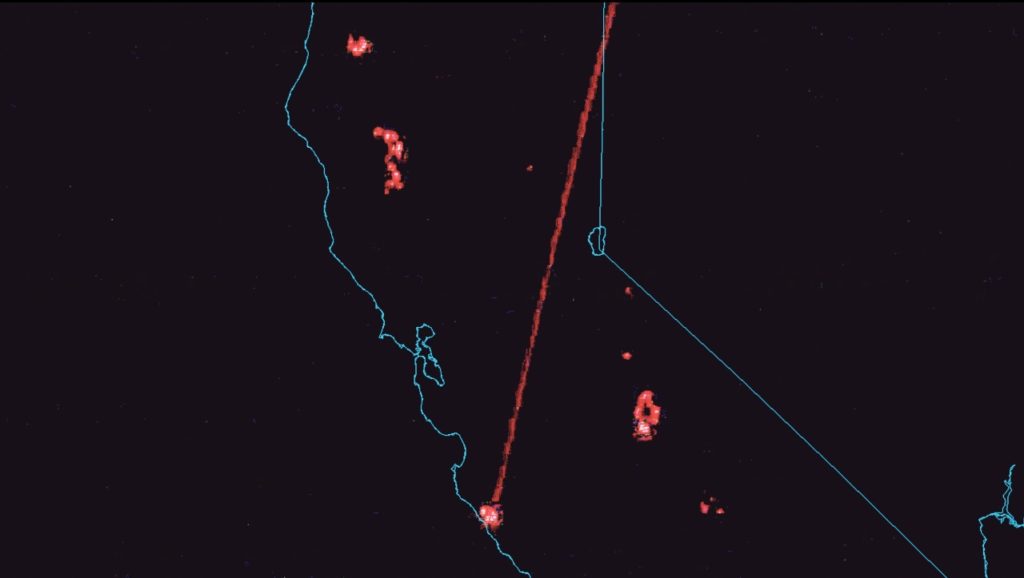 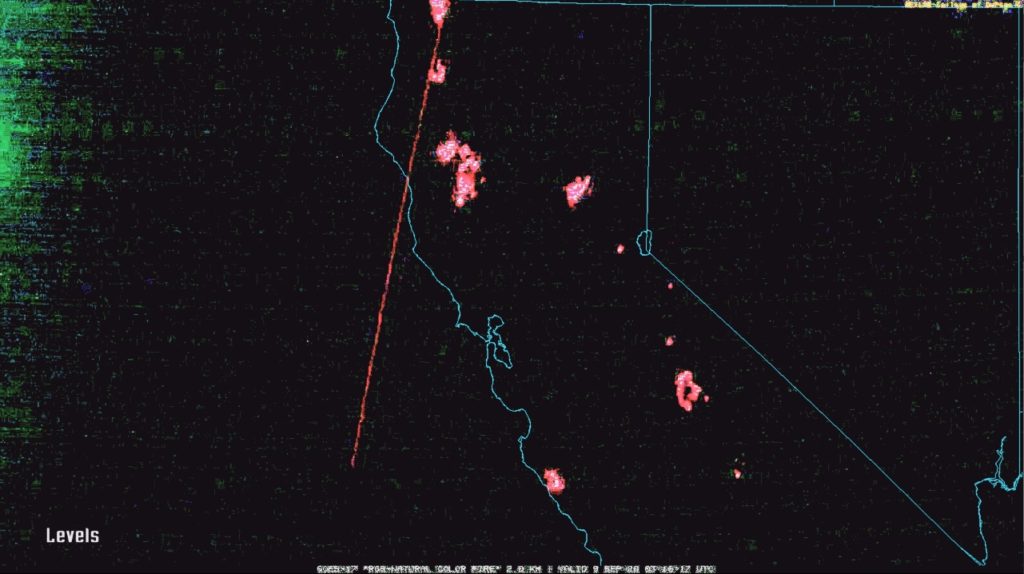 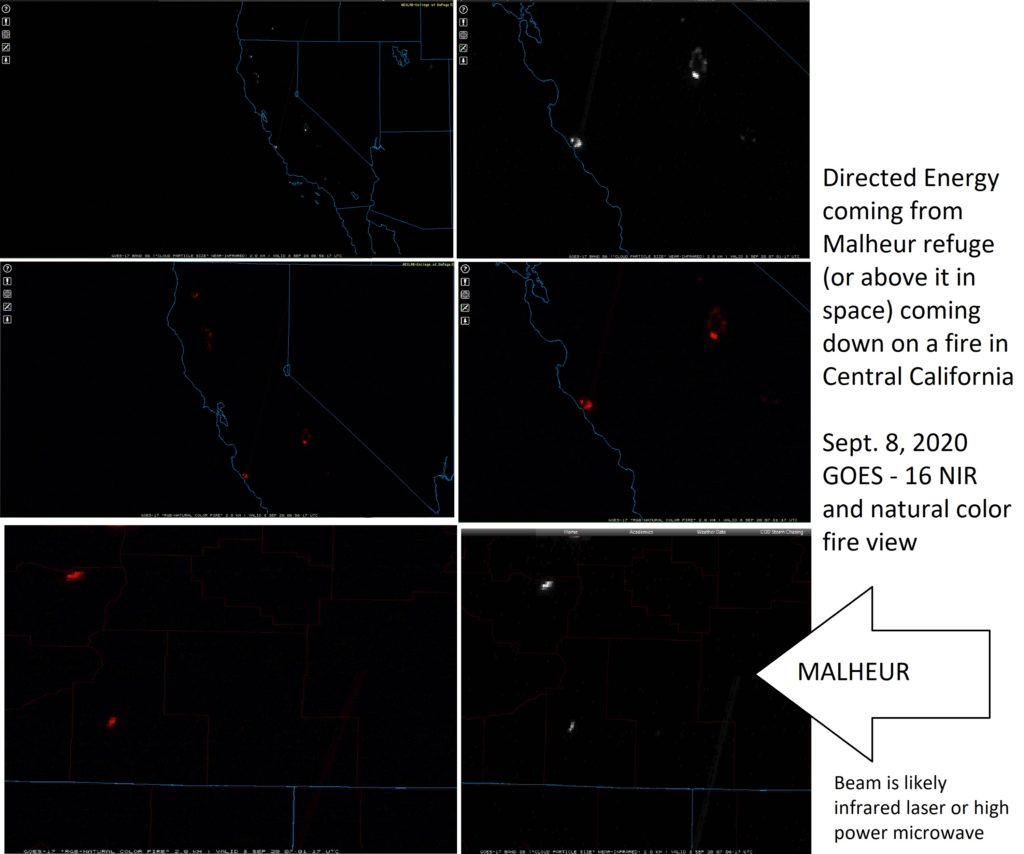 End of Night 2 – Sept 9, 2020 … the beam is CENSORED OFF THE FEED DELIBERATELY with a black line placed over it. 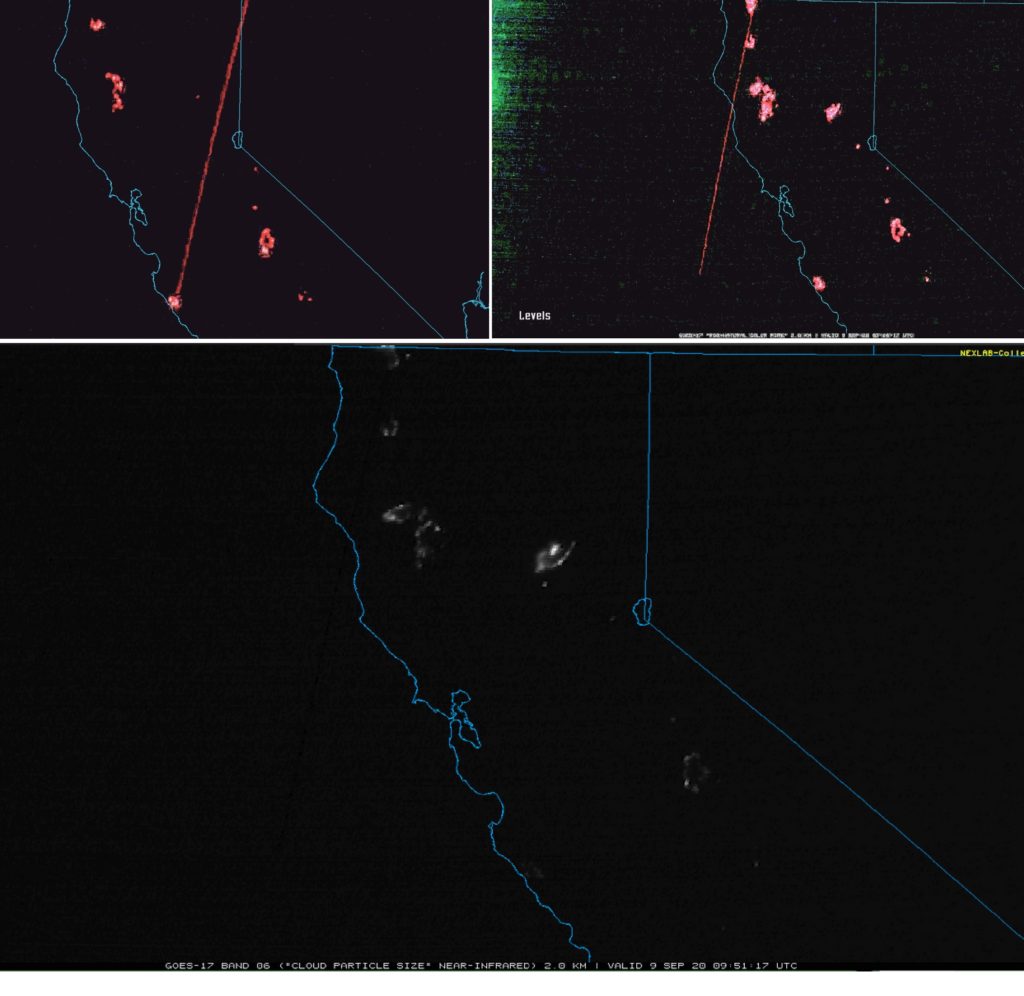 Here is a link to the GOES 17 satellite analysis site used in the attached screenshots and videos https://weather.cod.edu/satrad/?parms=regional-w_southwest-natcolorfire-200-0-100-1&checked=map&colorbar=undefined

Additionally, all information was seen (and recorded) live before an audience of 5,000+ live stream viewers, many of whom were following along with their own links, and satellite monitoring systems (indicating it wasn’t just a glitch on one system).

Videos of the events as they happened, first as I found the beam live with my audience on Twitch + Youtube:

Color Enhanced version of the above seen event:

I then made another video around the same time these beams were striking in California. The video topic was the rare earthquake to strike in New Jersey, and the location in question is a US Naval Weapons storage bunker facility. In this video below I talk about the beam events again. See that video here:

Final part of this post ….. here is a full video on what I think could be happening with these high power microwave infrared particle laser beams…