In 1996, organic farmers Ralph and Lisa Turner launched Laughing Stock Farm on one-fifth of an acre in Freeport, Maine. With trial and error eventually came success, a steady customer base, and 12-and-a-half more acres.

“Our quality produce coupled with your commitment to purchasing fresh local vegetables has built our business into a sustainable family-owned farm that will be able to serve you for years to come,” their website proudly states.

When the pandemic hit last year, as suppliers to Portland area restaurants forced to close, that future seemed very much in jeopardy. Their main source of income was suddenly gone. Left behind, eight overflowing greenhouses plus 10 tons of veggies in cold storage of supply—and zero demand.

With money already invested in produce they couldn’t sell, a loss seemed inevitable and breaking even only a pipe dream. But rather than ditch the harvest, the Turners, who are both trained engineers, went back to the blackboard and came up with a Plan B. 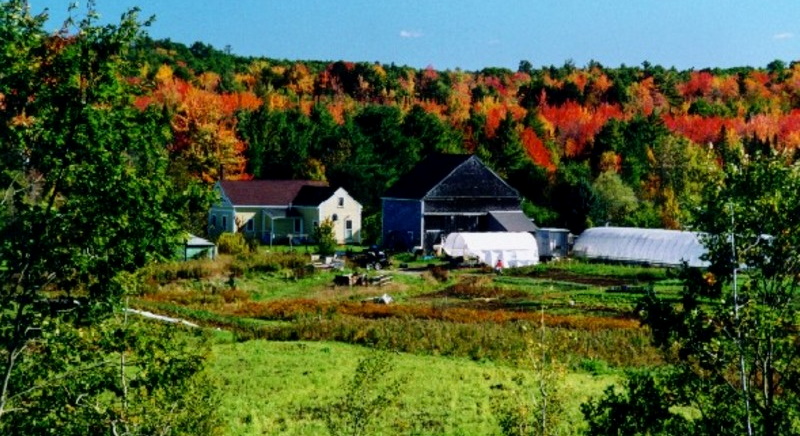 The couple opened a farm stand, selling pre-bagged produce at $3 a pop, and sent out word via their company newsletter.

“We bagged up stuff as if we were going to have maybe 10 people a day come,” Lisa told The New York Times. “We sent it out to probably 450 email addresses—and then people just started sharing it and sharing it and sharing it. The first day it was like, wow, that was a lot of people… The eggs were flying out of here… We went through 130 dozen eggs in two and a half days. It was insane.”

Realizing they were on to something, Lisa contacted a local beef farmer and set up a delivery. She says with customers clamoring for steak left and right, the initial 40-pound delivery never even made it to the freezer.

Even more astonishing was that customers started leaving generous tips from folks who wanted to show their support and keep the farm solvent until the next planting season.

Lisa likened the experience to the climactic scene in Frank Capra’s 1946 Christmas classic It’s a Wonderful Life when a parade of thankful townspeople show up to shower George Bailey (played by Jimmy Stewart) with enough cash to stop his beloved family Building & Loan company from going under.

When all was said and done, the Turners didn’t make a huge profit, but they were able keep themselves in the black financially. In the coming year, they’ve pivoted their business model. In addition to growing and selling their own crops, they’ll be running a farm store featuring their own organic wares along with goods from other local meat and dairy distributors.

While they can’t be sure they’ll succeed in their new endeavor, they do have cause for cautious hope. Of all the Christmases she’s lived through, the one just past has truly put things in perspective for Lisa. The support and kindness she and her husband received from friends and strangers was both a blessing and an affirmation.

“There’s a lot to be thankful for,” Lisa said. “And it’s an antidote to fear.”