In essence, U.S. District Judge Kathryn Kimball Mizelle found the CDC exceeded its statutory authority with the mask mandate and violated the rules that guide CDC regulations.   After Joe Biden arbitrarily announced the federal transportation mandate, the CDC triggered enforcement of the mask mandate without any required time for public feedback on a new regulation. 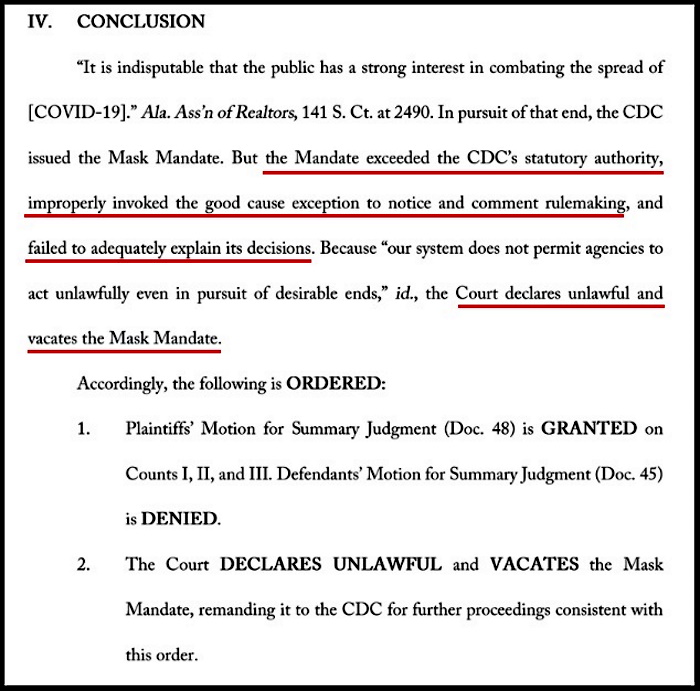 Within the ruling, one of the commonsense arguments against the federal mandate was noted.  Prior to Joe Biden taking office there was no mask mandate.  At the time Joe Biden took office and invoked the mask mandate, there was nothing substantively different in/around the spread of COVID-19 and the mitigation efforts underway.

The federal mask mandate was arbitrary and capricious with no justification from the CDC and no required time for the public to provide feedback.  The government’s legal argument was that public feedback, comments on rulemaking, was irrelevant because the mandate was going to be enforced regardless of public opinion. That argument was summarily dispatched by the judge saying, just because the government has a pre-determined outcome in mind does not relinquish them from the obligation to follow the rules.

Connect with The Last Refuge