“And what we’re seeing in the world today, I think, is we are on the brink of a dramatic change where we are about to, and I’ll say this boldly, we’re about to abandon the traditional system of money and accounting and introduce a new one.

And the new one, the new accounting, is what we call blockchain. It means digital. It means having a almost perfect record of every single transaction that happens in the economy, which will give us far greater clarity over what’s going on.”

“Like Klaus Schwab of the World Economic Forum, she sees covid as an opportunity to transform the world. The new money system Malmgren talks about with such enthusiasm will not only be digital, it’ll be centralized and programmable.

As we’ve talked about the Bitcoin psyop now for several years, don’t confuse this with Bitcoin or other actual cryptocurrencies. The only thing it’ll share in common with other crypto is that it will be based on blockchain technology.

So what do they mean by programmable money? This means that central banks will have complete control over your money and can program it so that it can only be spent on certain things, in certain places.”

“We’re already in World War III. We are already in conflict that extends so far beyond Ukraine actually, even within the context of western Europe. But we’ve clearly been pretty much at war in space, below the surface of the ocean, submarine warfare between superpowers. I would even say that this has been happening for a least four years, and it spilled over into public view on the ground. But we don’t frame it that way.”

“And then Pippa goes on with that statement, but also she prefaces that statement by saying what underpins a world order is always the financial system. Ding Ding Ding Ding. That is true… What is happening in Ukraine right now fundamentally, at base, is not a geopolitical event. It is a monetary event, a changeover in the monetary paradigm of the world…

This is what it’s about. It’s the change over to the central bank digital currency paradigm. And, as she points out, the Chinese are pioneering it. And they’re the first ones to roll out with the digital yuan. And they’re spearheading this thrust into the digital divide — between pre-digital humanity and trans-humanity…

It’s all about… how we set the rules around this. And who gets to be in charge of the system. Yes, this could be used for bad purposes, this kind of digital ID surveillance tracking control of everything that everyone does. But as long as it’s in the right hands, it’ll be okay. And you will notice that the pimps of the New World order will always frame it this way.”

Globalists Spill the Beans at the World Government Summit

Watch on Archive / BitChute / Minds / Odysee or Download the mp4 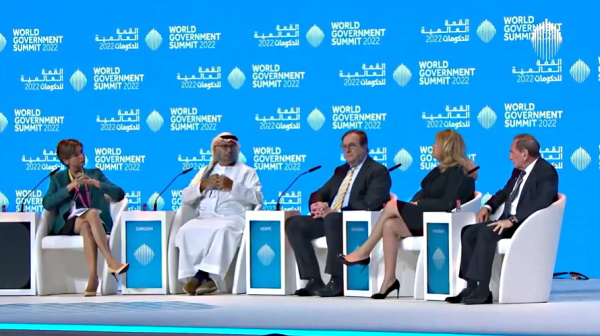 Biden Said: “There’s going to be a new world order out there, and we’ve got to lead it.” 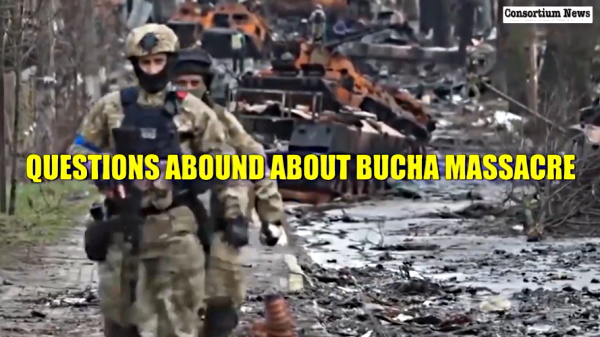 Your Guide to Fifth-Generation Warfare

Ukraine – The Massacre of Bucha, a Ukrainian Timisoara – Donbass Insider

Ukraine War! What Is It Good For? Propaganda (Part 4)

Are These Satellite Images War Propaganda?

UN Calls for An Independent Investigation on Bucha

In Break With Past, US Using Intel to Fight An Info War With Russia, Even When Intel Isn’t Rock Solid

FT: US to Announce New Sanctions Against Russia

NYT: What Happened on Day 38 of the War in Ukraine 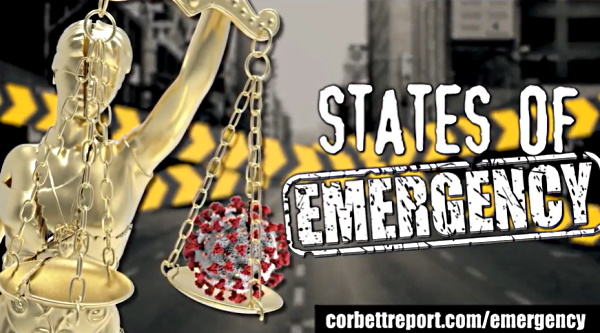 Creator of CRISPR Babies Has Been Released From Chinese Prison

The New World Next Week Store

Connect with The Corbett Report