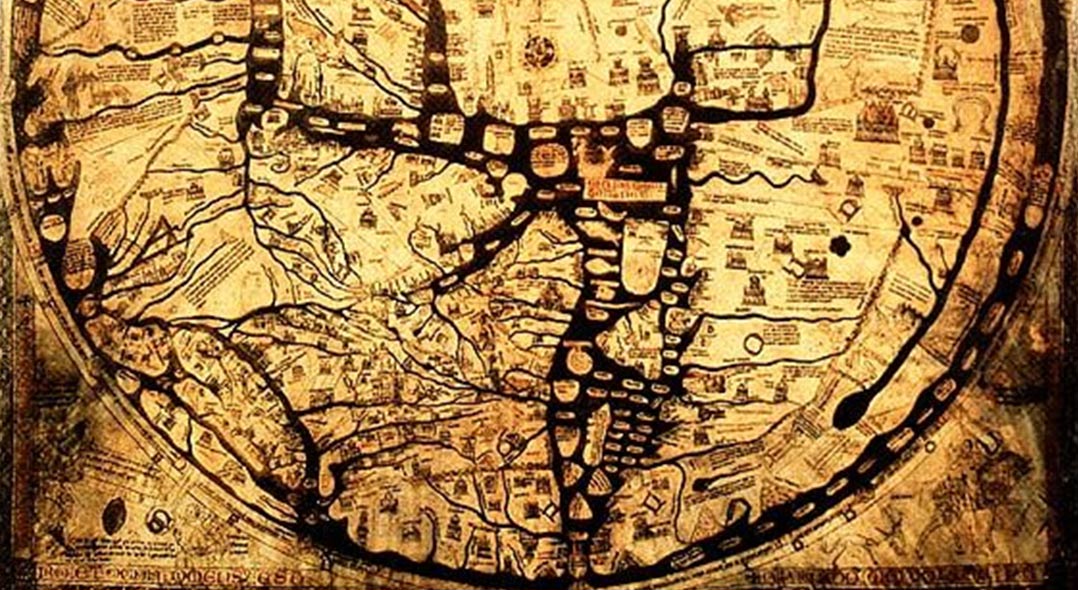 A large calfskin canvas was secreted away beneath the floor of an English cathedral, featuring what, at first glance, appeared to be a map of the world. Once recovered and repaired, the map which is now known as the Hereford Mappa Mundi was found to date to 1285. While a myriad of cities and towns are depicted on the medieval Mappa Mundi, more than 500 ink drawings illustrate biblical events, exotic plants and animals, wild and strange creatures, and classical myths. More than just a map, the “Cloth of the World” remains one of the greatest surviving artworks of the Middle Ages.

Recent reporting hints that this piece could even hold clues to the whereabouts of lost locations from the Bible, such as the resting place for Noah’s Ark and the Garden of Eden – which are both represented. But this seems like a bit of a stretch of both hope and hide.

The medieval artwork showcasing history, religion, and mythology is depicted in intricate detail on a single sheet of vellum, or preserved calfskin. The skin stretches five feet high by four feet across, and is attached to an oak frame. The remarkable artifact remains the largest known medieval map which still exists.

The tangled ink illustrations of black, gold, green and blue reflect a medieval European understanding of the known world at the time—and also the unknown world of the supernatural— highlighting not just the human world of men, cities, and seas, but entire bestiaries of horrifying mythical creatures and the strange cultures of distant lands. It was not for use as a navigational tool, but instead an artistic compendium of people, parables, and places. 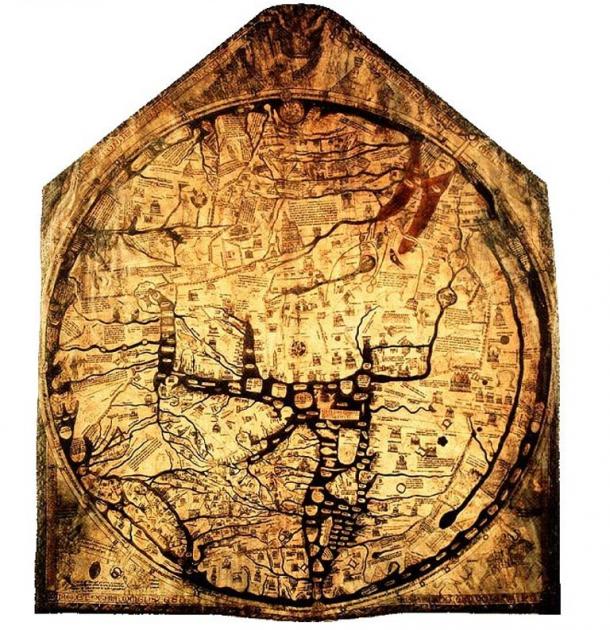 Most obvious is the cartography of the Mappa Mundi. East is found at the top of the map, as this orientation represented the rising of the sun and the second coming of Christ. The world is laid out in a circle, and because of its Christian framework, Jerusalem sits at its center, a common theme in medieval mapmaking. At the very middle of the map a small hole has been pierced where a compass-like instrument was used to create a perfect circle, which became an image of a fortified wall with eight towers.

Continents included are Asia, Africa, Europe, and the Mediterranean. Approximately 420 towns and cities of the day are represented on the map, such as Rome and Paris (and Hereford), as well as oceans and important landmarks. 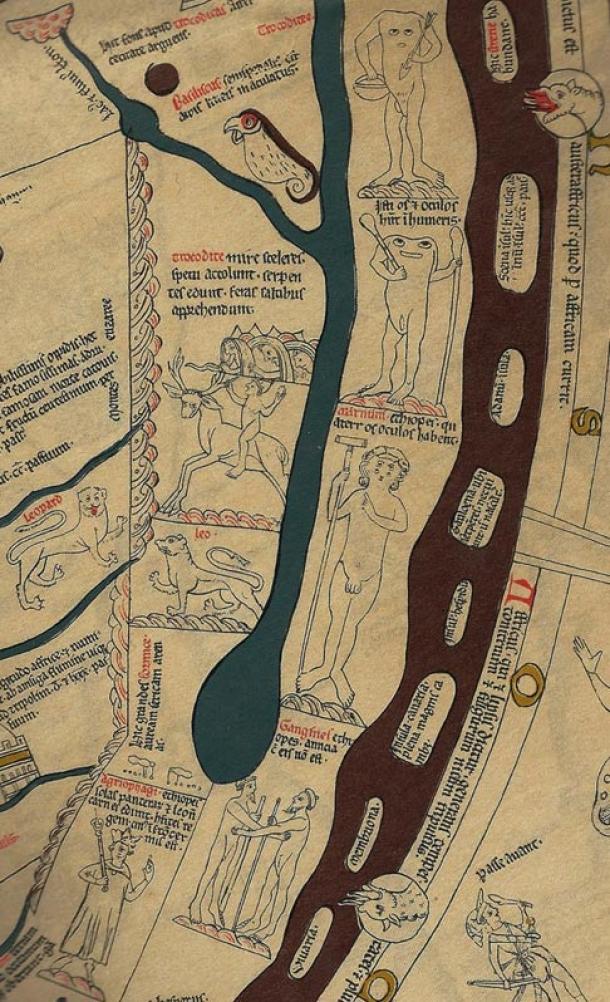