Homeless Man Hailed as Hero After Rushing Into Burning Building to Rescue 16 Dogs and Cats
“He is my guardian angel.”

Keith Walker, a 53-year-old homeless man in Atlanta, rushed into a burning animal shelter to rescue over a dozen animals earlier this month.

Gracie Hamlin, the founder of W-Underdogs animal shelter, told CNN that the fire department did not want to deal with the animals who were trapped inside the burning building.

“He is my guardian angel. Even the firefighters didn’t want to handle the dogs. They called animal control, but Keith was already in the building pulling out the cats and dogs until they were all safe,” Hamlin said.

“I can’t thank him enough for saving my animals. I’m still in disbelief, because I’ve been around a fire and I know how fast they flare up. He is my hero,” she added.

Walker says that he was scared to go into the building but he couldn’t stand to leave the animals in the fire, especially because his dog was in there with them. 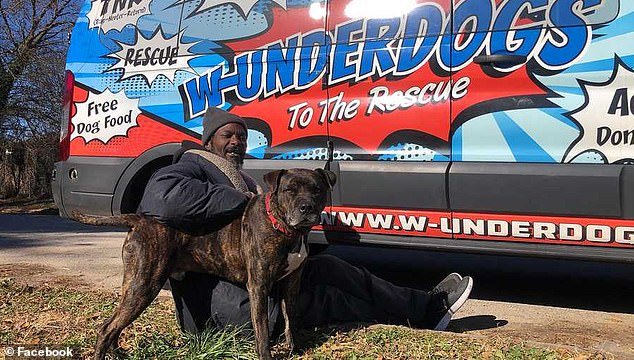 “I was nervous as hell, I’m not going to lie. I was really scared to go in there with all that smoke. But God put me there to save those animals. If you love a dog, you can love anyone in the world. My dog is my best friend, and I wouldn’t be here without him, so I knew I had to save all those other dogs,” Walker said.

Walker also had a friendly relationship with the shelter before the fire, as they allow him to keep his dog at the shelter every night. Walker was actually on his way to pick his dog Bravo up from the shelter when he saw that the building was on fire. When he went inside to rescue Bravo, he was also able to grab six other dogs and ten cats. 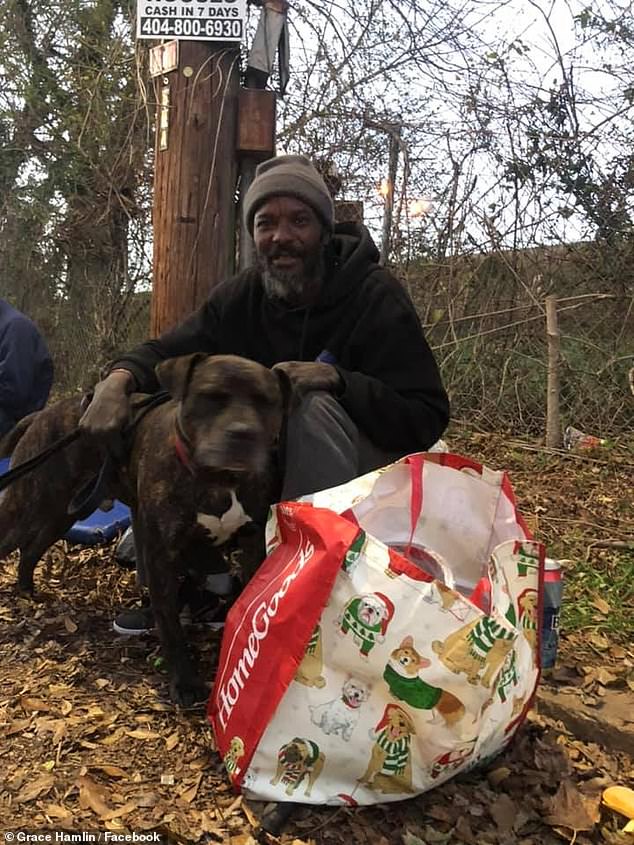 The animal shelter is not entirely destroyed, but it was left uninhabitable. Luckily, the owners of the shelter were already planning on moving to a new facility, so the animals had a safe place to go after they were rescued.

Walker, who has been homeless since he was 13-years-old, was praised as a hero online after the story started to make headlines.

One GoFundMe has already raised more than $17,000 for him.

Hamlin said that the shelter has been friendly with Walker for about a year, and has been providing his dog with free food and medical care. However, he may not be looking for the type of help that people may traditionally assume of a homeless person. 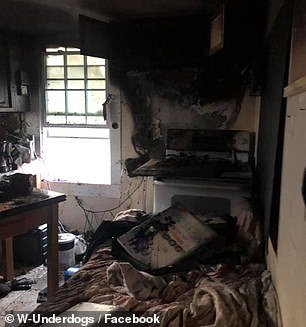 “We are in contact with Keith and working to assess his needs and wants. He is not currently accepting offers of help but we will continue to stay in touch with him and share as much as he will allow. We will also continue to provide food and medical care of his dog, Bravo. We have made many offers to Keith over the years and he prefers to live his life of his own free will and we respect that and will continue to work with him on options,” Hamlin said.

“While we are certainly appreciative of the outpouring of recognition for his selfless deed, it is also important to respect his perspective on what he may feel he does or does not want in terms of help. This is the same credo we follow with all of the members in our community in which we serve, as we continue to work hard to build and maintain the bond of trust between us,” she added.