James Fetzer on the 9/11 Coverup

James Fetzer on the 9/11 Coverup

There were no planes. Nuclear bombs were used. Holograms were beamed. And the Israeli government was involved. 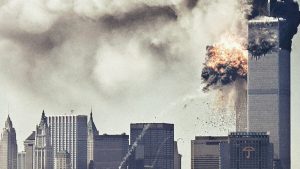 Firstly, I’m not going to entertain the laughable, official story.

Sixteen years after a series of coordinated terrorist attacks by al-Qaeda (as the story goes) shook the United States and the world, the number of questions-raised-left-unanswered has perhaps never been any higher. Through their constant probing, investigating and challenging of the official story, world-class journalists, architects, engineers and families of the victims of 9/11 in particular have, however, to their credit, managed to unearth and pool together enough evidence over the years, to make a compelling case to suggest that the “official” narrative of 9/11 is only a “story” and not an accurate narration of what had actually happened.

Secondly, understanding what actually happened is difficult due to mass censorship by The Cathedral (media plus government plus academia). A good indicator of where one might find (more of) the truth, however, is to search for what is being censored or outside of the Overton Window.

At least, that’s my rule of thumb.

Which is why I am intrigued by both Mike’s and Judy’s arguments. James Fetzer, who has been my podcast a few times, has been investigating 9/11 for many years and, in my opinion, has the most persuasive hypothesis.

In the following two-hour conversation, James presents 135 slides and an enormous amount of critique, including

I recommend watching instead of listening, for obvious reasons.

Referenced in the video:

Article: 20th Observance of 9/11: Thierry Meyssan got it right!

Everything posted on this site is done in the spirit of conversation. The views and opinions expressed in articles posted on this site are those of the authors and video creators. They do not necessarily reflect the views of Truth Comes to Light. Please do your own research and trust yourself when reading and when giving consideration to anything that appears here or anywhere else.