Letter to the South African Government

Letter to the South African Government

by Margaret Anna Alice, Through the Looking Glass
August 4, 2022

Note to my readers: When the world needed them, the people of South Africa rose up with their fellow Africans to help defeat the proposed International Health Regulations (IHR) amendments that would have given a documentably accused genocidal war criminal one-world dictatorial powers.

Now the people of South Africa need our help. Please see the instructions after this letter to learn how you can make your voice heard before the August 5 deadline (click here to see time remaining).

“We cannot trample upon the humanity of others without devaluing our own. The Igbo, always practical, put it concretely in their proverb Onye ji onye n’ani ji onwe ya: ‘He who will hold another down in the mud must stay in the mud to keep him down.’”

—Chinua Achebe, The Education of a British-Protected Child: Essays

Not three decades after apartheid ended, you are considering proposed amendments to the National Health Act of 2003’s 2017 regulations that would resurrect this shameful stain on South African history:

“Apartness” in Afrikaans, “apartheid” is the institutionalized system of segregation. You can change the definitions of the targeted parties, but you cannot change the discriminatory rot underlying this vile legislation.

The People’s Lawctivist Sabelo Sibanda explains that under the proposed amendments:

“These regulations basically declare a scenario where everyone will end up in one of three categories where you are either deemed to be a case, or you are considered a suspect, or, alternatively, you are considered as one who has been in contact with someone who is a case.

“And once you fall into any one of those three categories, this is what this means to you. Government says, ‘You may not refuse to be medically examined,’ whereby the medical examination process is whatever government will determine.

“Second to that, you may not refuse to be put in quarantine or put in isolation. And the requirements for quarantine and isolation are such that the majority of the people of South Africa will not be able to self-quarantine so they have to be put in a state institution.

“Further to that, and most critical, is that you may not refuse to take whatever medication that the government says you should take. Your freedom—which is supposed to be guaranteed and protected by the same act in as far as the right to be informed—is taken away. You are caught in a situation whereby government has full control.

“Once you are put in this isolation space, this quarantine space, you don’t have the ability to determine when and how you get out. It will be up to government to decide.

“So now the country of South Africa will be under a permanent state of disaster where masking will be permanent, where social distancing is permanent, through the National Health Act.”

In case you’ve forgotten what it looks like for your government to discriminate against citizens under the guise of a “state of emergency” and to demand people’s papers, here are a couple of reminders: 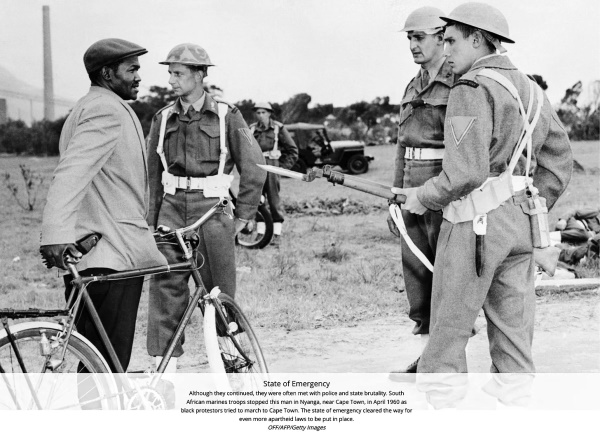 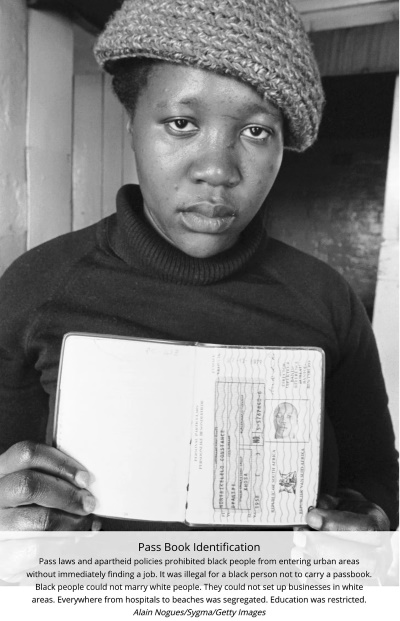 Today, that passport looks like a QR code on your phone.

Please take a few moments to read the following articles to understand why there is no circumstance under which it is ethically or morally acceptable to deprive individuals of their freedoms and human rights in the name of the “public good,” which can be defined according to the whims of despots and demagogues:

And if you want to understand what it feels like to be institutionalized and have medication forced on you against your will, here’s a preview of the world you would be creating:

McMurphy: What’s in the horse pill?

McMurphy: Yeah, but I don’t like the idea of taking something if I don’t know what it is.…

Nurse Ratched: If Mr. McMurphy doesn’t want to take his medication orally, I’m sure we can arrange that he can have it some other way.

The people of South Africa poured decades of passion, blood, and song into eradicating apartheid:

Do not let that effort be for naught. As Chinua Achebe says:

“The damage done in one year can sometimes take ten or twenty years to repair.”

“Yet men were afraid, with a fear that was deep, deep in the heart, a fear so deep that they hid their kindness, or brought it out with fierceness and anger, and hid it behind fierce and frowning eyes. They were afraid because they were so few. And such fear could not be cast out, but by love.”