Michael Palmer on Hiroshima and the Faked Atomic Bombing

Michael Palmer on Hiroshima and the Faked Atomic Bombing 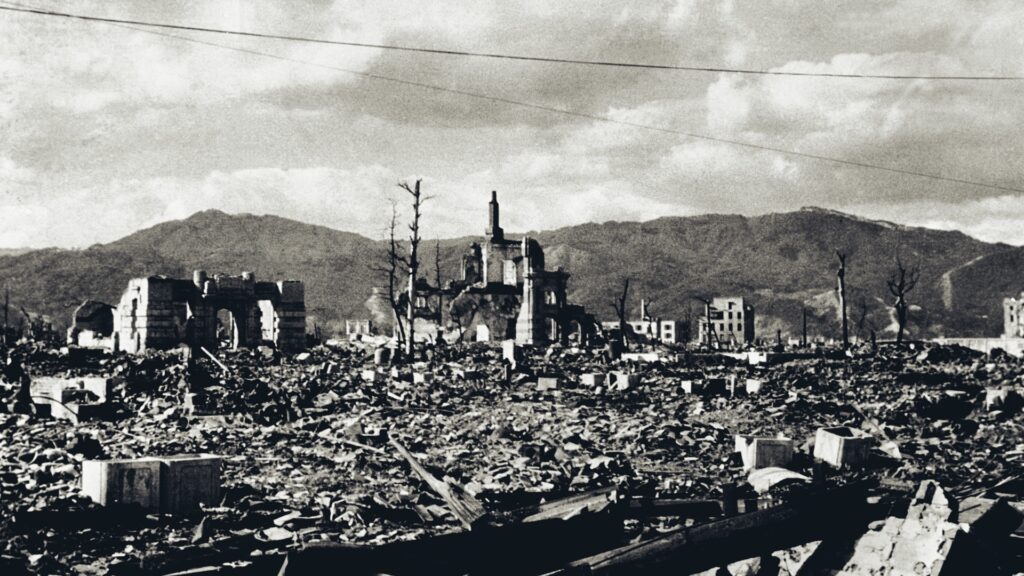 Was it actually atomic?

Michael Palmer (whose biography can be found at his website) held a faculty position in the chemistry department at the University Of Waterloo before being fired after his refusal to receive a toxic mRNA jab.

He published an eye-opening book – which is freely available for download – in which he debunks the “atomic bomb” story using archival medical and scientific data and showing that the destruction of Hiroshima and Nagasaki was a result of mustard gas and napalm akin to the bombing of other cities (like Tokyo).

Bombing of Tokyo, (March 9–10, 1945), firebombing raid (codenamed “Operation Meetinghouse”) by the United States on the capital of Japan during the final stages of World War II, often cited as one of the most destructive acts of war in history, more destructive than the bombing of Dresden, Hiroshima, or Nagasaki. Although the precise death toll is unknown, conservative estimates suggest that the firestorm caused by incendiary bombs killed at least 80,000 people, and likely more than 100,000, in a single night; some one million people were left homeless. The Japanese later called this the “Night of the Black Snow.”

To be clear, the official narrative is that Hiroshima and Nagasaki were bombed with nukes while Tokyo was bombed with napalm.

However, if the following is true, then it is quite damning.

The day and hour Hiroshima was bombed, U.S. air command logged a fleet of 66 bombers for an operation in nearby Imabari Japan. But this city no longer existed. It had been wiped out in two previous raids. This was the fleet that firebombed Hiroshima.

For a detailed collection of critiques and analyses, I recommend going through this “guided tour” which includes patents, photos, reports, testimonies and more.

For example, one individual noted that locating photos captured by Japanese witnesses is very hard to come by, but that he discovered the following photos from a Japanese book published during 1949.

He added the following caption.

However several photographs appear online claiming to show ‘the mushroom cloud’. I’ve looked at Hiroshima in detail here (not Nagasaki) and tried to find details – including by use of google.jp, and online translators, though these don’t usually handle proper names. There are only three principal photographs, neither showing any general scenery. They could be genuine – but showing the effects of firebombing; they could show firebombing in some other location – I haven’t attempted to collate the points from which they were supposedly photographed with the actual view which would have been seen; they could be faked; or they could as claimed show the after effect of an atomic bomb exploded in the air. I leave it to you to judge. The first appearances of these photographs all post-date 1945 by a number of years – at least as far as I could discover from Internet. Moreover, one has to wonder why these people only took one picture of what is presented as a horrific and unusual event. (And there are no doubt copyright issues – there seem to be different sets of photographs in circulation).

The Daily Telegraph published the following photo of the bombing, during January 2013. It also resembles a firebombing. What about the famous Bikini Atoll nuclear tests between 1946 and 1958? An interesting study was published during 2014 by a profoundly fascinating thinkers by the name of Miles Mathis.

He published a related study, during 2016, which is also worth reading. And here’s a study published by Jeremy James, refuting the existence of explosive nuclear devices.

Meanwhile, Marvin Minsky was a computer scientist and co-founder of MIT’s artificial intelligence laboratory. He received many accolades including the Turing Award in 1969.

Take a listen to what he said in the following clip.

The following conversation with Michael is a slideshow. It is possible to follow via listening but I think it is preferable to watch.

He covers talking points including