The Best of the Solari Report 2018

“We know today that man, essentially, is a being of light. And the modern science of photobiology … is presently proving this. In terms of healing the implications are immense. We now know, for example, that quanta of light can initiate, or arrest, cascade-like reactions in the cells, and that genetic cellular damage can be virtually repaired, within hours, by faint beams of light. We are still on the threshold of fully understanding the complex relationship between light and life, but we can now say emphatically, that the function of our entire metabolism is dependent on light.” ~ Dr. Fritz Albert Popp, The International Institute of Biophysics

Why does the world seem so out of balance? I believe the primary reason is that so much of what is happening is kept secret – hidden behind the secret books and secret operations of banks and corporations under the umbrella of National Security. When I was in New Zealand in May, I interviewed Amy Benjamin on The Cost of Secrecy. When family and friends ask “How could this be happening and we not know?” Amy gives us exactly what we need to explain how secrecy is engineered. How can the Deep State run the government and major operations and finances outside of the law? Here’s how.

When I was in Europe last February, our videographer Robert Dupper and I took a road trip from the Netherlands to Switzerland to interview Present Age publisher Thomas Meyer on The Future of Europe. This is a wide-ranging conversation on how we build a human future. Thomas always provides an inspiring antidote to help restore and nurture our spiritual and cultural grounding.

I was in France this summer when several of us sat down to watch Ulrike Granögger’s documentary for the Solari Future Science Series, The Wave Genome – Quantum Holography of DNA. This was a paradigm shifting experience for me. How could I be so ignorant of my scientific reality? If you have not watched The Wave Genome yet, here’s your chance. This is invaluable intelligence that will open your mind and open your heart.

We are daily buffeted by a fundamental reordering of institutions and cultural wars encouraged by the establishment. Maintaining our coherence is an art form. I asked Harry Blazer who is the host of the Solari Food Series to join me for a discussion on how to live a free and inspired life and maintain coherence. One afternoon we sat in my den in Hickory Valley to record and Learning to Walkabout was the result.

Our four selections for the Best of the Solari Report 2018 give you an opportunity over the holidays to connect with four of the most inspiring people I know. Enjoy! 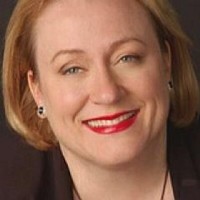 Catherine Austin Fitts is the president of Solari, Inc., the publisher of The Solari Report and managing member of Solari Investment Advisory Services, LLC.

Fitts served as managing director and member of the board of directors of the Wall Street investment bank Dillon, Read & Co. Inc..  She has also worked as the president of Hamilton Securities Group, Inc., an investment bank and financial software developer, and Assistant Secretary of Housing – Federal Housing Commissioner at the United States Department of Housing and Urban Development — during the first Bush Administration.

“Long ago, I made a promise that I would never act against the best interests or the excellence of my own people—that I would do my best to ensure that we were worthy of the stewardship of our world and that we did our best to leave a better world for generations yet to come. To make and keep such a promise is to understand that money and position are tools, not goals, and that death is not the worst thing that can happen. Some would probably accuse me of ‘fighting the tape’ and not being ‘good at the game.’ I would tell those people that now is not the time in the history of our people for a failure of imagination.” ~ Catherine Austin Fitts