The Dream of Life

Speech extract from “Out of your mind” by Alan Watts, courtesy of alanwatts.org 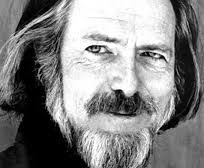