As peaceful protests turn to violent riots, government officials finally admit the protest are being hijacked by organized groups from out of state with the purpose to cause destruction and chaos.

President Trump has ordered the Pentagon to have military police on standby ready to deploy to American cities within hours in an attempt to restore order. The second time Trump has suggested deploying the US military domestically which is thought to be unconstitutional. The White House sites the Insurrection Act as authorization.

Meanwhile, officials in Minnesota, the origin of the unrest have stated they are currently using methods very similar to contact tracing to track down networks of out of state protestors which officials estimate consists of approximately 80% of those engaged in the demonstrations.

Health Officials Admit Virus Not As Deadly As Previously Thought: So Why Are We Still On Lockdown?
https://www.activistpost.com/2020/05/health-officials-admit-virus-not-as-deadly-as-previously-thought-so-why-are-we-still-on-lockdown.html

The US Military Is Monitoring Protests in 7 States
https://www.thenation.com/article/society/national-guard-defense-department-protests/ 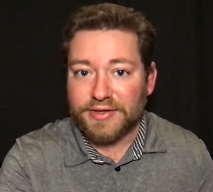