AP News calls them “far-right,” but tens of thousands of freedom-loving people marched against new tyrannical public health measures, such as partial and full lockdowns and health passports and mandatory vaccinations, across Europe.

Demonstrations against new virus restrictions were observed in Austria, Croatia, Italy, Northern Ireland, the UK, France, Germany, and the Netherlands. Outside of Europe, protesters were seen in several cities across Canada, Australia, Japan, and even the US. Some marked Saturday as part of a “Worldwide Freedom” rally to protest COVID-19 restrictions and vaccine mandates.

Some of the most intense rallies, which turned into riots, were in the port city of Rotterdam. Clashes between protesters and police began Friday and continued through Saturday night.

About 30 minutes away, protests transformed into riots in Hague.

The Hague burns🔥, home of international court of justice, the seat of Dutch cabinet and 3rd largest city in Netherlands pic.twitter.com/8gjqu2sE60

Protesters across many European cities shared commonalities as they marched to preserve their lives and liberty. Governments are attempting to plunder that via increased COVID restrictions, mandatory health passports, and forced vaccinations.

The worst of restrictions, or rather the government’s plundering of liberties, was in Austria, where full lockdowns begin Monday. Nationwide lockdowns are expected for at least ten days but can be extended to more than two weeks. Then by Feb. 1, the government will make vaccinations mandatory (only 66% of Austria’s 8.9 million people are fully vaccinated). Good luck with that one. 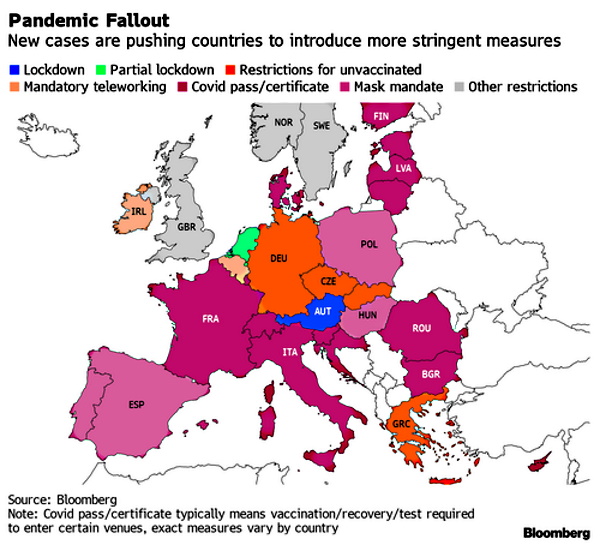 Saturday’s march in Vienna’s massive Heldenplatz square had many chanting “My Body, My Choice,” “We’re Standing Up for Our Kids!,” and “Resistance!”

One of the biggest protests might have been in Zagreb, Croatia’s northwestern capital, where Citizen Free Press reports as many as 100,000 flooded streets to protest the government’s health passports and new COVID measures. 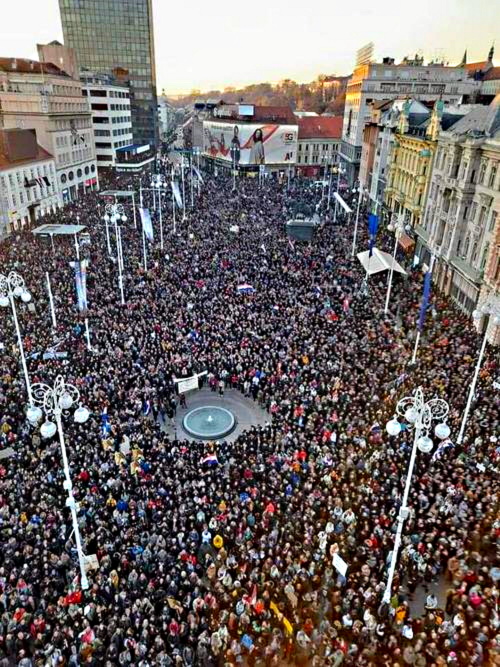 Zagreb, Croatia – People are chanting "We are not giving you our children!" pic.twitter.com/rjrWfmLh7B

In Rome, thousands of demonstrators gathered in the capital’s Circus Maximus to protest against “Green Pass” certificates required at workplaces, restaurants, cinemas, theaters, sports venues, and gyms, as well as for public transportation.

The pushback against totalitarianism is spreading across Europe. Usually, “Europeans generally are more compliant than Americans when it comes to government orders. But even there, citizens are protesting governments seizing power in the name of public health,” said American Thinker’s Thomas Lifson.

People of the world are awakening to government tyranny plundering their life and liberties as the Davos Man, the world’s elites, and their political puppet officials are becoming more unfavorable than ever. The increasing discontent among citizens and their respective governments is dangerous – this is how revolutions begin.