World Health Organisation: Gender “Is Not Limited to Male or Female”

World Health Organisation: Gender “Is Not Limited to Male or Female”

The World Health Organisation has reconfirmed its status as an unscientific politically driven globalist body by officially stating that there are more than two biological genders.

The WHO has announced that it intends to update its “widely-used gender mainstreaming manual.”

The suggestion that there’s a need for a manual on how many genders there are should tell you something about this organisation off the bat.

The body says of the manual that it is “updating it in light of new scientific evidence and conceptual progress on gender, health and development.”

What exactly that ‘scientific evidence’ is is still a mystery.

The press release from the WHO states that part of its new findings to go into the manual is that “sex is not limited to male or female.”

The WHO states that it is “going beyond binary approaches to gender and health,” in order “[t]o recognize gender and sexual diversity, or the concepts that gender identity exists on a continuum and that sex is not limited to male or female.”

The globalist body, in partnership with the United Nations University International Institute for Global Health, also intends to introduce “new gender, equity and human rights frameworks and tools to further support capacity building around these concepts and the integration of their approaches.”

These, whatever they are, will be ‘finalised and rolled out’ in August and beyond: 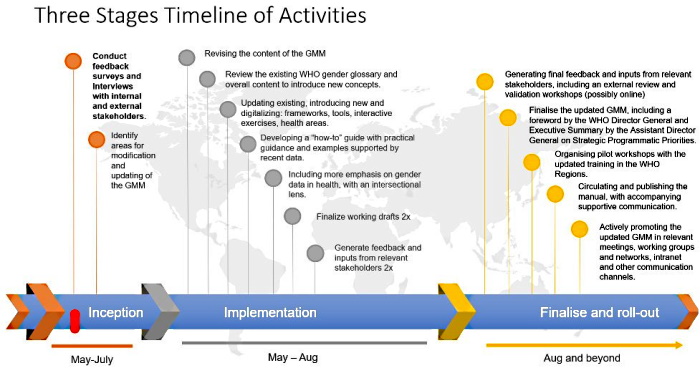 In other words, the WHO is realigning to further push the social engineering message that is already being rammed down our throats ceaselessly via politics, business, policing and what passes for culture and entertainment.

However, despite its relentless promotion in virtually every sector of society, belief in the reality of this ideology is falling amongst Americans, with only 38% believing biological sex does not determine whether someone is a man or a woman.