Jab 2.0 for Humanity 2.0: Hurtling Down the AI-to-Vaxx Pipeline

Jab 2.0 for Humanity 2.0: Hurtling Down the AI-to-Vaxx Pipeline

Artificial intelligence is pulling new vaccines out of the Platonic realm. Automated labs are on standby, prepared to crank out alien strands of mRNA and pack them into toxic nanoparticles. A billion empty syringes are waiting on shelves.

This is not science fiction. These jabs will be on the market before you can say “boostah.”

Google. Moderna. Microsoft. They’re all racing to the edge. This is corporate transhumanism in all its avaricious glory, riding waves of propaganda and channeled by the biosecurity state.

These people uphold a new mythos whose axis mundi is the Machine. In their world, digital minds are “dreaming up” novel genetic configurations. Biological systems are treated as “living software.” With each technical advance, their myths bleed into our reality.

A 2019 white paper from Policy Horizons Canada describes this shift as a “biodigital convergence,” characterized by:

2 – Coevolution of biological and digital entities

Our intelligentsia—the elites “educated beyond their level of intelligence”—are undergoing a sort of religious conversion. Their world has been illuminated by gene sequencing and neural networks.

Their machines have convinced them that living things are just clunky machines. Our immune systems require software updates. Our flawed genomes need debugging. In order to get there, our brains must be augmented.

“Reality explored by AI, or with the assistance of AI, may prove to be something other than what humans had imagined,” wrote ex-Google chief Eric Schmidt in his 2021 book The Age of AI. “Across the biological, chemical, and physical sciences, a hybrid partnership is emerging in which AI is enabling new discoveries.”

For Schmidt and his coauthors, this vantage point has a mystical quality:

The prognostications of the Gnostic philosophers, of an inner reality beyond ordinary experience, may prove newly significant. … Sometimes, the result will be the revelation of properties of the world that were beyond our conception—until we cooperated with machines.

Lifeless eyes gaze out on a world composed of numbers. Every living creature is just data to be manipulated. 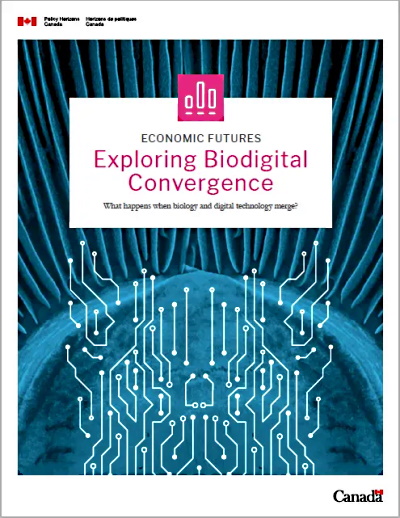 On July 28, Google’s DeepMind announced its powerful AI system, AlphaFold, has modeled the 3D structures of some 200 million proteins. That’s almost every protein on the planet, published on an open database. Even if we account for errors, no human team has achieved anything close to this.

AlphaFold is a deep learning system. In the initial phase, it was trained on the datasets of known protein structures. Over the past two years, programmers have turned it loose on every genome ever sequenced. The AI can look at any gene and convert the DNA to protein—in virtual space—then predict the folding pattern with remarkable accuracy.

That means scientists can anticipate any protein’s function, whether natural or artificial, starting with nothing but its DNA sequence. That also means genetic engineers can predict what mutations will produce new functions—in silico—before they ever test it in the lab. Months of trial-and-error can be done by computer in an instant. It’s a transhuman fantasy come to life.

The project’s leader, Dame Janet Thornton, told The Guardian, “This insight will now be used to design improved vaccines which induce the most potent transmission-blocking antibodies.”

In the next few years, a flood of experimental mRNA vaccines—all designed using AI—will flood the pharmaceutical market. Moderna is working on fifteen different concoctions, targeting everything from the common flu and HIV to malaria and dengue fever. If they can drum up enough public anxiety, we’ll soon see two-legged bio-machines lined up around the block to get their injectable updates.

“We call mRNA the software of life,” Moderna’s CEO told MIT Sloan. “You can copy and paste the information into a lot of drugs by using the same technology.” In the spirit of biodigital convergence, Moderna has trademarked the name “mRNA OS”—as in “mRNA operating system.”

Back in 2017, Moderna’s chief medical officer, Tal Zaks, explained this approach to his TEDx audience:

We’ve been living this phenomenal digital and scientific revolution. And I’m here today to tell you that we’re actually hacking the software of life.

Using Moderna’s zany jargon, Zaks described the transcription of DNA into mRNA and proteins as an “operating system”:

If you think about what it is we’re trying to do, we’ve taken information…and how that information is transmitted in a cell. And we’ve taken our understanding of medicine and how to make drugs. And we’re fusing the two.

We think of it as “information therapy.”

If nothing else, Moderna has reprogrammed our federal budget. The US government is about to pay $1.47 billion in taxpayer money for 66 million doses of Moderna’s new Omicron strain. That’s on top of more than 200 million original doses already administered nationwide. The company’s meteoric stocks have produced five billionaires since the pandemic started.

“The era of the digital vaccine is here,” a GlaxoSmithKline team declared in Science.

It’s fitting that Moderna’s mRNA vaxx was initially funded with $20 million from the Bill and Melinda Gates Foundation in 2016. Microsoft’s founder is all about operating systems and viruses and sci-fi swindles. Consider his endless vaccine initiatives—or the Epstein flight logs. It seems like Bill would jab anything that moves, no matter how innocent.

For Bill Gates and his cyber-conquistadors, biodigital convergence is the next frontier. Just before the pandemic broke out, Microsoft spotlighted Sara-Jane Dunn and her work at the company’s Station B. She waxed poetic about programmable bio-machines in an official propaganda video:

Everywhere I look, I see cells operating as little computers. … You can think of this as living software.

This approach is applied to everything from gene therapies to the creation of synthetic organisms. In partnership with Oxford Biomedica and other tech companies, the team at Station B is dedicated to building “integrated systems” to “program biology more effectively”—as if mice and men really were “living software.”

In this mentality, we’re not souls enshrined in bodies. We’re half-assed bots constructed by faulty genes. Our only hope is to be reprogrammed.

Of course, Dunn makes a lot of noise about “ethical concerns” and “unintentional consequences.” They all do. But listening to her, you get the feeling that Microsoft is run by mad scientists with more stock options than common sense. Dunn seems intoxicated by her transhuman dreams:

We’ve developed biological programming languages that allow us to encode our designs for genetic circuits. Our tools allow us to compile these designs down to the DNA code, then to automatically run our experiments in the lab. The experiments are run on lab robots, and then we pull the data from those experiments and store it in a Microsoft cloud storage space [and] our knowledge base is continuously updated by automated learning.

That’s right. Microsoft has robo-labs to create designer genes. Google uses AI to digitize every protein in the world. Moderna is cranking out mRNA jabs like they’re cheap software patches.

To biotech cyborgs, everything looks like a computer simulation. 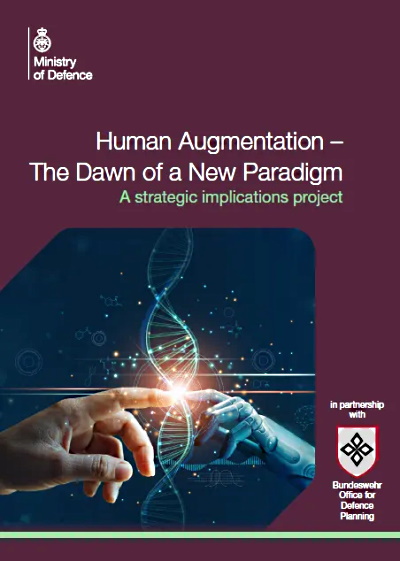 In 2021, the UK Ministry of Defense put out a white paper entitled Human Augmentation: The Dawn of a New Paradigm. If you ever wondered about the connection between mask Karens and cyborg super-soldiers, this is the place to start. After hyping genetic enhancement and brain-controlled drones, the authors take a sudden detour to scold the vaxx hesitant as technophobes:

The history of vaccinations demonstrates how proven, and seemingly uncontroversial human augmentation technologies can take many years to become globally effective and accepted by societies. … Human augmentation may be resisted by elements of society that do not trust the effectiveness and motive of augmentation.

Call me “phobic” all you want—I’m not down with getting penetrated by Big Pharma. I don’t want my veins clotting up with “information therapy.” I don’t trust these people and I don’t trust their calculations. Not unless they’re counting money.

Think about when your web-browser crashes, or your Internet goes down. Now imagine that happening to your immune system. Imagine your heart doing an automatic reboot.

It ain’t easy being a caveman, but it’s preferable to whatever Big Tech and Big Pharma have conspired to turn us into.

We are not machines to be reprogrammed. Don’t let anybody tell you otherwise. More than likely, they’re just paid to say so.