Liberté! Résistance! A Photo-Report From France

Liberté! Résistance! A Photo-Report From France

Emergency demonstrations were held in towns and cities across France on Wednesday July 14, 2021, as the state went full-fascist in imposing bio-security dictatorship.

In a televised address on Monday evening President Emmanuel Macron announced that “vaccination” was to be compulsory for all health workers and that, furthermore, “vaccine passports” were to be required for everyday access to public spaces ranging from cafés and restaurants to trains and buses.

While some French people were panicked into signing up for the jab so that they could continue with their usual lives and summer holidays, others reacted angrily and quickly organised protests on the public holiday marking the storming of the Bastille during the French Revolution of 1789. 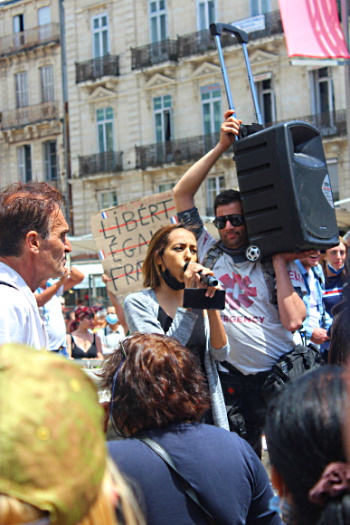 In the Mediterranean city of Montpellier, large numbers gathered in the central Place de la Comédie and marched through the city streets.

There was a visible Gilets Jaunes contingent, but many described themselves as first-time protesters. Health workers, including a doctor, addressed the crowd. One carried a placard (above) declaring: “Sack me, lock me up, I will remain free in my choices”.

“Liberté!” declared the chants. “Résistance!” “Non au pass sanitaire!” “We aren’t scared!” the rebels shouted defiantly and they certainly now knew they were not alone.

Applauded from shop doorways and balconies, they urged onlookers to join them as they made their way to the Préfecture, the city’s government building, and encircled it, setting off fireworks.

By the time the march descended on the main railway station, it was bigger than ever.

Dozens of protesters rushed into the station concourse and there were scuffles with police inside before the demo moved off again into the narrow mediaeval streets.

More protests across the country are planned for Saturday. While the response to the Covid coup in France had up until now been relatively muted, the authorities could well have now pushed things too far. 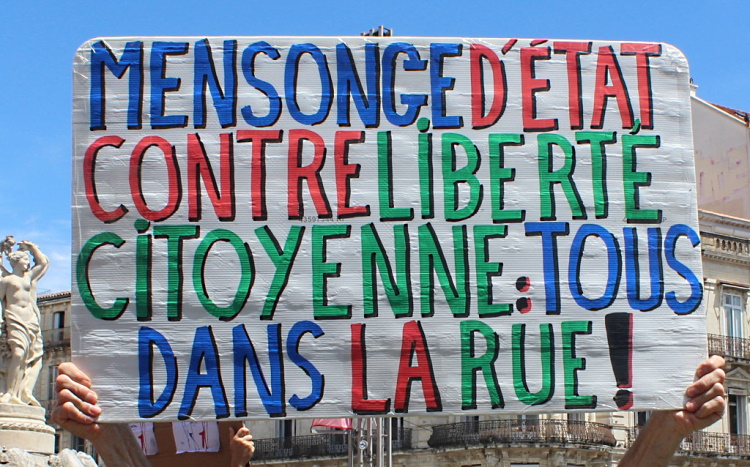 “A state lie against citizens’ freedom. Everyone on the streets!” 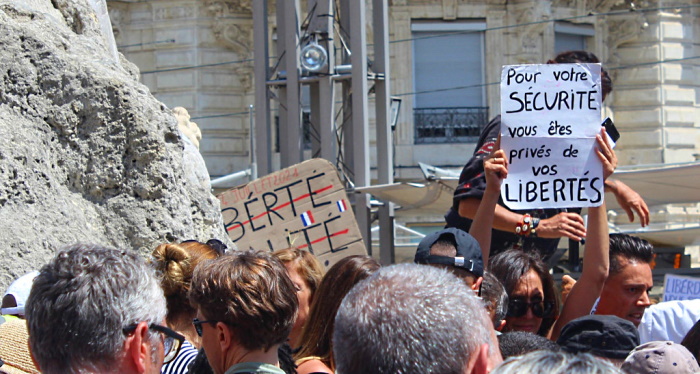 “For your security you are deprived of your liberties” 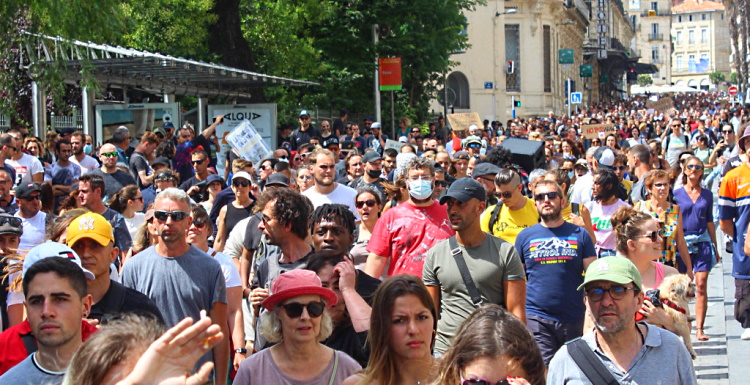 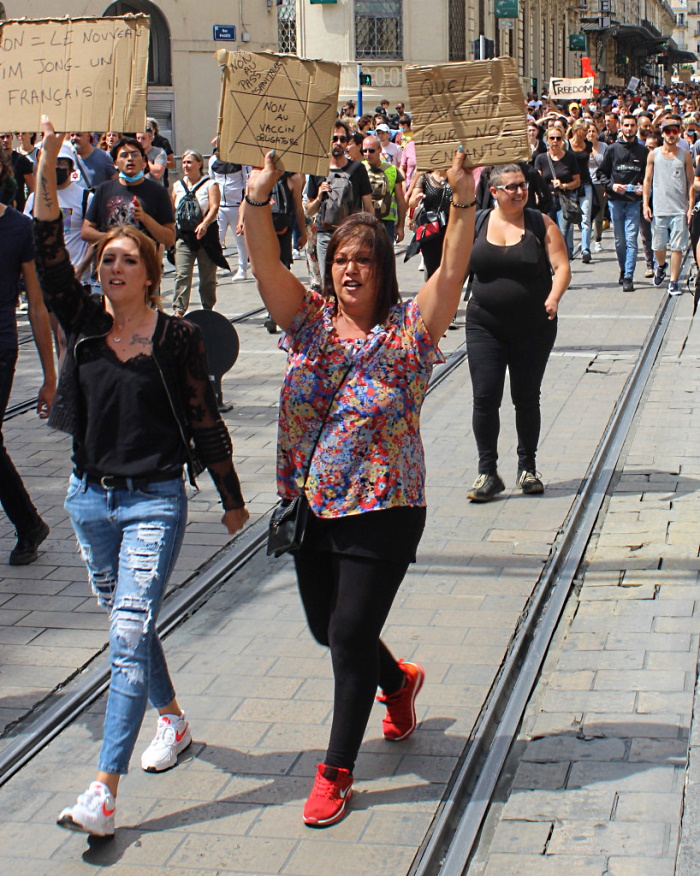 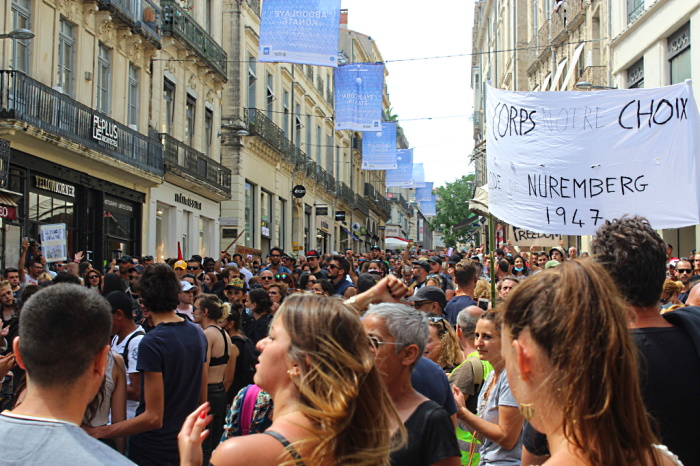 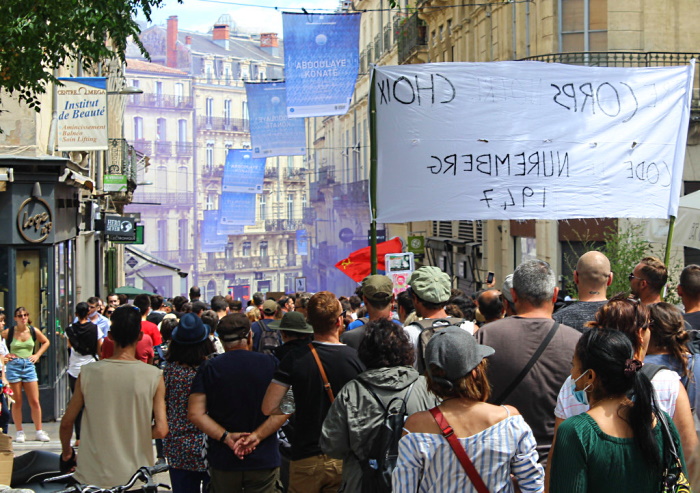 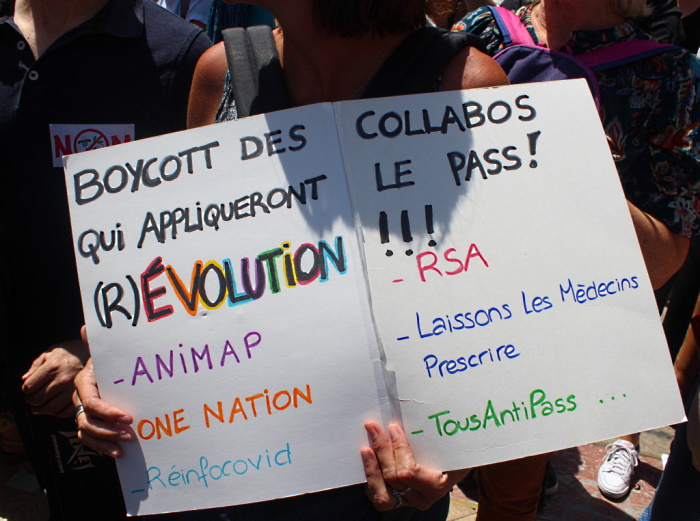 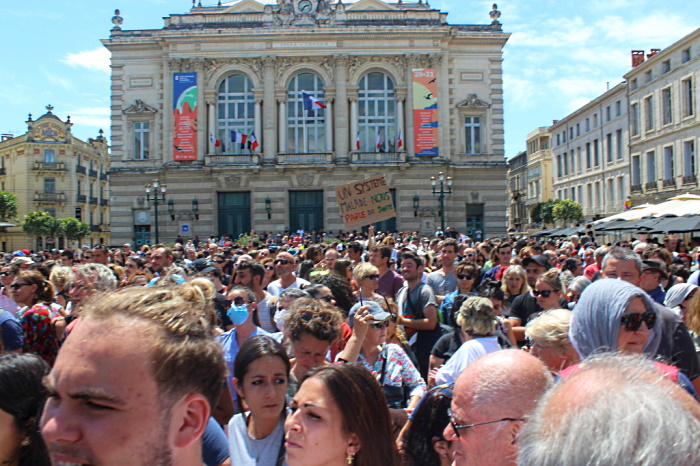