Truckers Across Planet Unite in Convoys Against Medical Tyranny

Truckers Across Planet Unite in Convoys Against Medical Tyranny

The 50,000 strong truck drivers heading to Ottawa, Canada’s capital, expected to arrive as early as Saturday, may break a world record for the longest convoy. Called the “Freedom Convoy,” the truck drivers oppose the federal government’s vaccine mandates for cross-border activity and have inspired others worldwide. 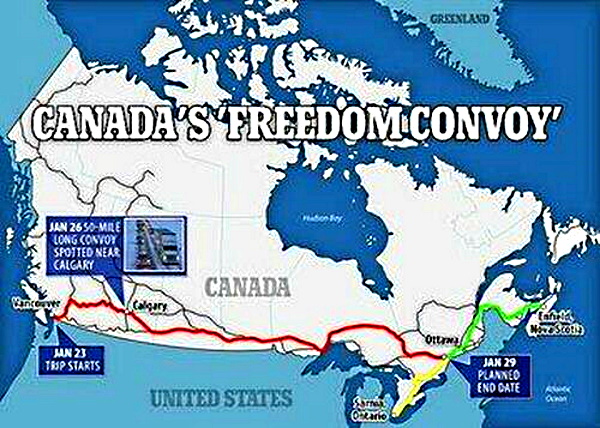 Truck drivers from Canada to the US to Australia to Europe are banding together in protests worldwide against their respective governments’ overreach of public health, especially forced vaccine mandates. 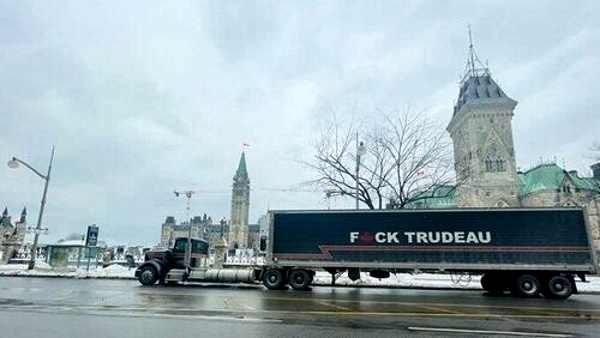 Freedom convoys from America are expected to join tens of thousands of truckers in Ottowa on Saturday to get the government to repeal cross-border COVID vaccine passports.

South Carolina, US. American truckers heading up to Ottawa to join the Canadian truckers!
SHARE this far and wide??
Join Us?SergeantNewsNetwork pic.twitter.com/M0e9NwYtk6

A Facebook group in Australia called “2022 Official Convoy to Canberra” has more than 66k members and is preparing a convoy to arrive in the capital by Jan. 31 to protest vaccine mandates. 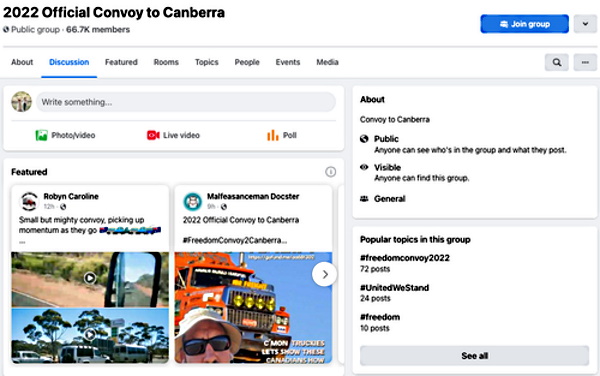 Multiple convoys across Europe are being organized at this very moment that will converge on Brussels at an unspecified date. A Telegram group with more than 14,500 members assembles convoys across the continent to meet in the capital. 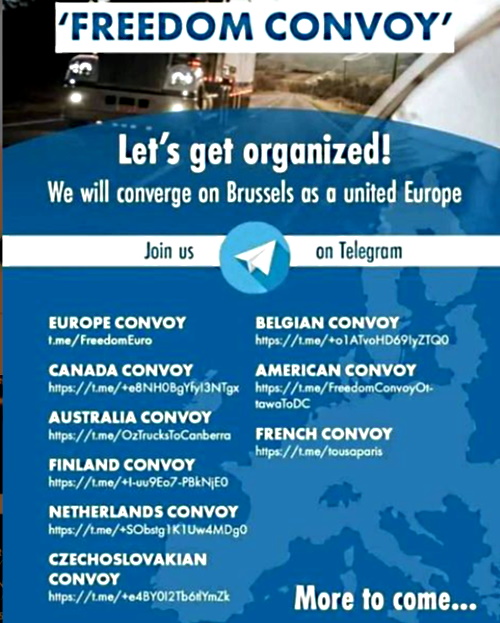 Europe Convoy is for no vaxx passports, health freedom, no medical apartheid, and for a whole host of European officials to resign.

Are trucker convoys underway in Italy?

It’s clear and straightforward, and as the famous podcaster Joe Rogan recently put it, “Canada is in Revolt.”

Even the richest man in the world, Elon Musk, chimed in yesterday and said he supports the Canadian truckers to his 71.8 million followers.

The tide could be turning as truckers are the beating heart of any economy, and a revolt among these groups of people can send economies of the world tumbling back into recession. 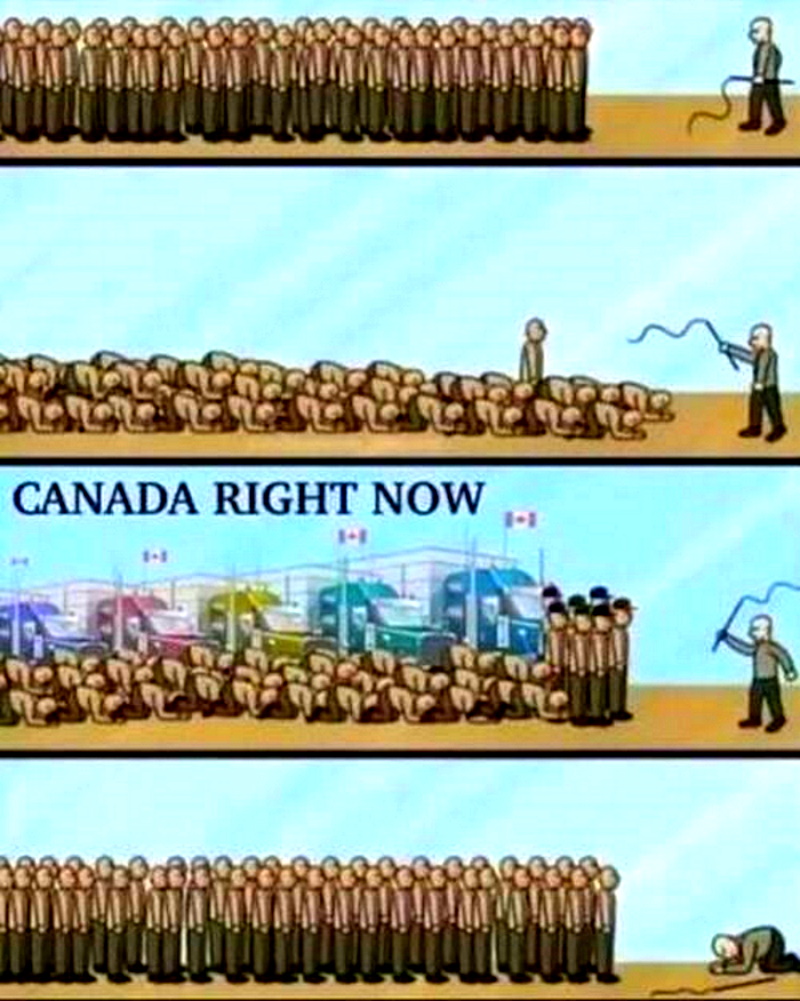 Maybe governments will wake up to the power truckers have as the movement spreads like wildfire across the globe could be what is needed to regain some medical freedom and at least put an end to forced vaccinations.