France Rises Up Against the New Fascism

Home / Empowered Humanity / France Rises Up Against the New Fascism

France Rises Up Against the New Fascism 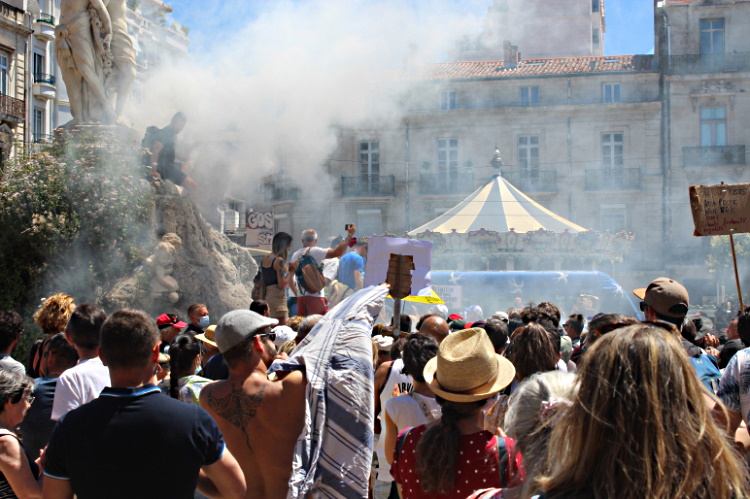 “The people have woken up – at last!” declared local Gilet Jaune rebel Michelle as she watched the vast crowds assembling on the main square of Montpellier in southern France.

She has been involved with the Yellow Vest movement since the very start of the popular revolt against the Macron regime in November 2018.

Two years ago, in April 2019, another Gilet Jaune told me on the same spot, the Place de la Comédie, that France was witnessing “a turning point in history”.

Despite the vast levels of militarised repression used against the Yellow Vests, not to speak of the relentless propaganda in the mass media, the movement never abandoned the struggle.

Only the “emergency” of the Covid crisis pushed it, more or less, off the streets.

The spirit of revolt has not been very much in evidence in France since March 2020, with the population divided and fearful, as elsewhere. 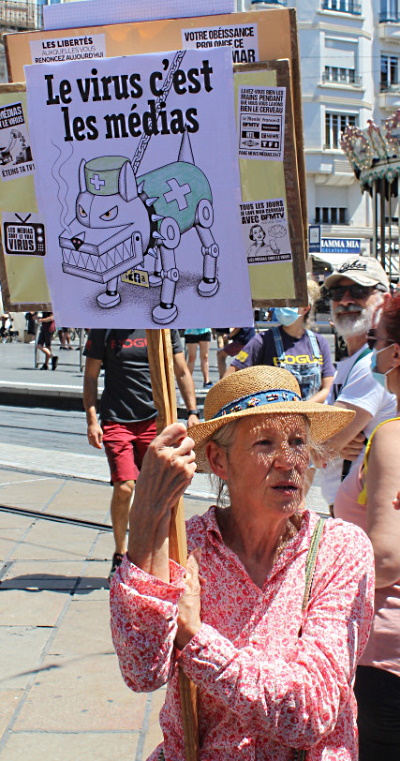 But now, with the announcement that vaccine passports will be required for cafés, restaurants, leisure centres, shopping malls and trains, something seems to have snapped.

The arguments about viruses and masks and lockdowns now seem less relevant in the face of this chilling assault on the most fundamental of human rights.

Even the jab itself is not really the issue any more, with those who have already had it joining in the protests against the totalitarian laws due to come into place on August 1.

I was impressed by the turn-out for the emergency protest in Montpellier on Wednesday July 14, but Saturday’s numbers were on a completely different scale.

Even the authorities at the Préfecture admitted that there were 5,000 on the streets on a hot Mediterranean afternoon.

The crowd represented a very wide cross-section of the local population. The Gilets Jaunes had already started this process of breaking down the old “left” and “right” political divisions in favour of a broad popular struggle against the power elite.

But the process has now clearly gone a step further, with a new mood of defiant unity that must be striking fear into the hearts of Macron and his cronies, not to speak of Klaus Schwab and the global string-pullers.

The sense of possibility has been increased by the news that the French Minister of Justice Eric Dupond-Moretti is under criminal investigation for allleged “conflicts of interest”. 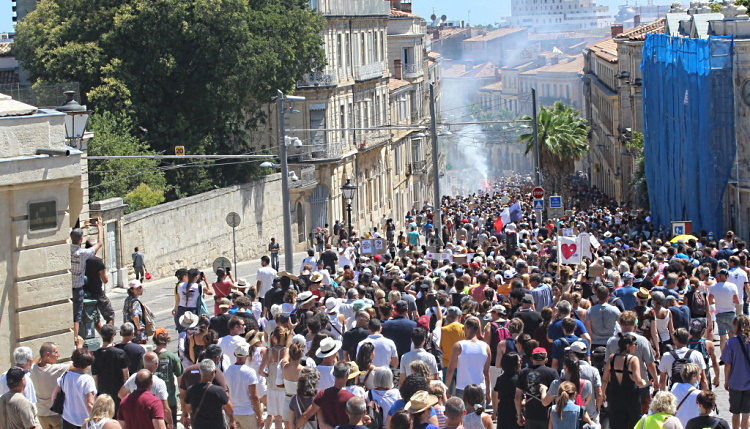 It was the same picture everywhere, with massive numbers not just in Paris, but all across France, as this compilation sets out.

They protested in Toulon, Marseilles, Bordeaux, Nantes and Rennes. Tear gas was used on protesters at Besançon and demonstrators blocked a main road at Chambéry.

The politics of division seem to be failing as the French people come together to defend the principles of liberté, égalité and fraternité on which their republic is supposed to be founded.

I bumped into a couple of anarchist friends on the protest and also took a leaflet from a group called Arme Révolutionnaire Marxiste.

This condemns the “Apartheid sanitaire” being imposed by the state: “Treated like fearful cattle, ever more controlled, divided and stripped of our freedoms, we are condemned by power to still further exploitation.

“But this time the government’s medicine is not going down, there are more and more of us all the time who understand the reality of this medical mascarade, just as we understand better and better the scam of elections”. 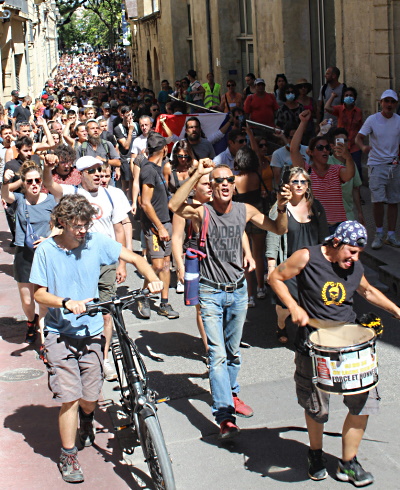 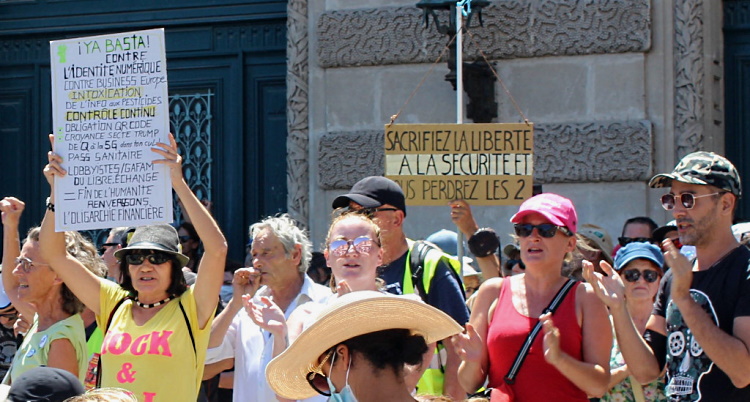 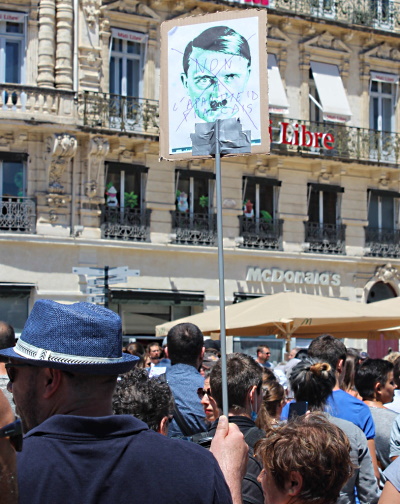 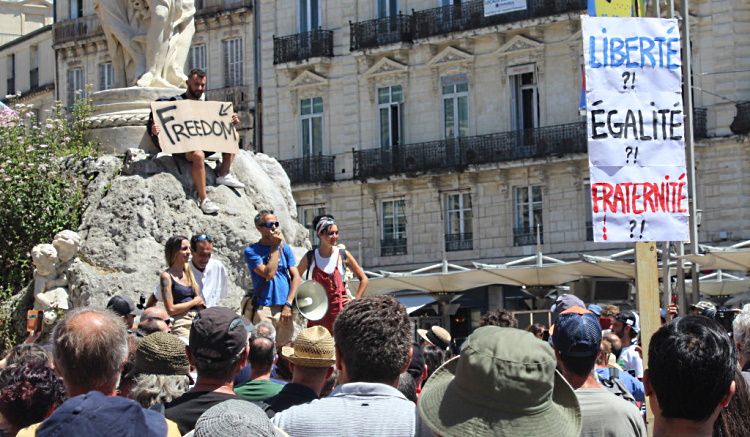 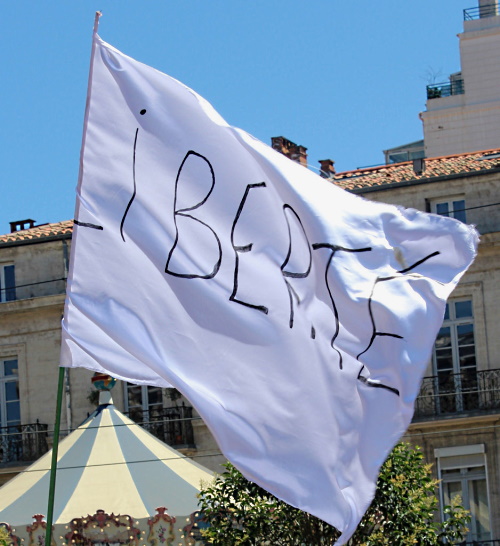 See more photos from the protest at winteroak.org.uk